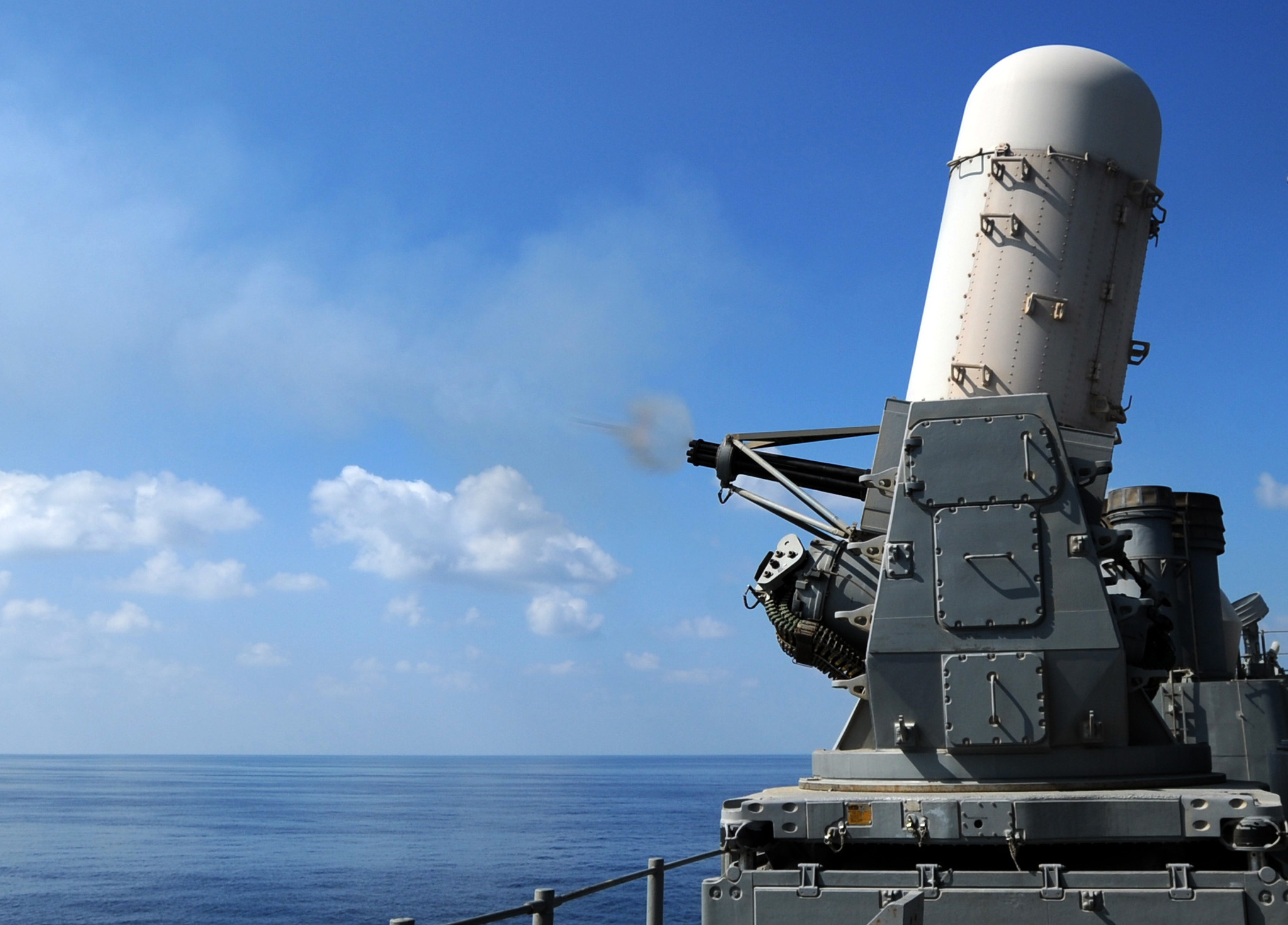 An early predecessor of the future’s autonomous weapons systems, close-in weapon system can autonomously detect, track and destroy incoming missiles. Systems, such as the pictured Phalanx CIWS, can be found on almost all modern warships and have been in use since the 1980s.

States should seize the opportunity to take international action to prevent the creation of fully autonomous robot weapons that, once activated, would select and engage targets without human intervention, said the Campaign to Stop Killer Robots today at an event at the United Nations in Geneva.

Later this week, States Parties to the Convention on Conventional Weapons (CCW) are expected to decide whether to take up the issue in 2014.

“Governments should begin to act now to ensure that human control over targeting and attack decisions is never relinquished to machines in the future,” said Steve Goose, director of the arms division at Human Rights Watch, a co-founder of the Campaign to Stop Killer Robots. “Nations need to start working urgently on both national prohibitions and an international ban on these fully autonomous weapons.”

Also called “lethal autonomous robots” or “killer robots,” fully autonomous weapons do not yet exist, but several robotic systems with various degrees of autonomy and lethality are currently in use by the US, Israel, South Korea, and the UK, while other nations with high-tech militaries, such as China and Russia, are believed to be moving toward systems that would give full combat autonomy to machines.

France, as chair of the next meeting of the Convention on Conventional Weapons, is preparing to propose a mandate to add fully autonomous weapons to the convention’s work program in 2014. A decision on the matter will be taken by states at the CCW’s annual meeting in Geneva that ends on Friday, November 15.

“Governments must address the fundamental question of whether it is inherently wrong to let autonomous machines make programmed decisions about who and when to kill,” said Professor Noel Sharkey, Chair of the International Committee for Robot Arms Control (ICRAC), a founding member of the Campaign to Stop Killer Robots. “It is possible to prevent the development and proliferation of autonomous robot weapons, but only if we act now before there is too much investment.”

The Campaign to Stop Killer Robots supports any action to urgently address fully autonomous weapons in any forum and it welcomes the prospect of work in the Convention on Conventional Weapons. The CCW’s 1995 protocol banning blinding lasers is a pertinent example of a weapon being preemptively banned before it was ever fielded or used.

“We urge nations to adopt a broad CCW mandate that considers international humanitarian and human rights law as well as accountability, proliferation and the other concerns,” said Beatrice Fihn, programme manager at the Women’s International League for Peace and Freedom (WILPF), a founding member of the Campaign to Stop Killer Robots. “Any deliberations on this challenge must be inclusive of civil society and underpinned by a clear sense of urgency and purpose if they are to result in concrete action.”

All of the 34 governments that have made public statements to date have expressed interest and concern at the challenges and dangers posed by fully autonomous weapons. None have opposed discussing the issue further in international diplomatic fora, and many have suggested urgent international talks to address these weapons.

The Campaign to Stop Killer Robots is an international coalition of 45 non-governmental organizations in 22 countries that launched in London on 23 April 2013. The campaign is calling on states to put in place a comprehensive ban on fully autonomous weapons that would be able to select and attack targets without human intervention. This prohibition should be achieved through an international treaty, as well as through national laws and other measures, to enshrine the principle that decisions to use violent force against a human being must always be made by a human being.

Last month ICRAC released a statement endorsed by 272 engineers, computing and artificial intelligence experts, roboticists, and professionals from related disciplines in 37 countries calling for a ban on the development and deployment of weapon systems that make the decision to apply violent force autonomously, without any human control.

Representatives from the Campaign to Stop Killer Robots will present their concerns about fully autonomous weapons at an event at the United Nations in Geneva on Wednesday, 13 November 2013.