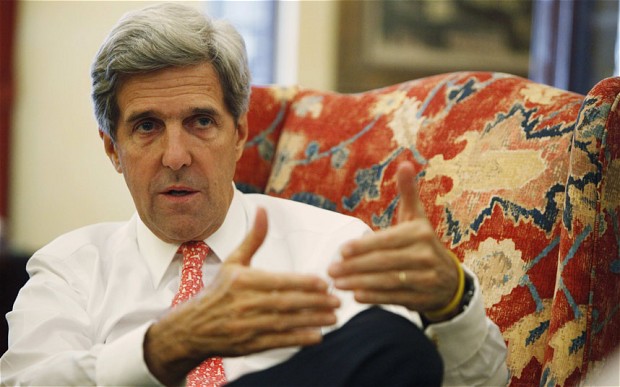 John Kerry: a man with a plan.

Following reports that US Secretary of State John Kerry will sign the Arms Trade Treaty on behalf of the USA this morning, Steve Smith, CEO of Action on Armed Violence, said:

“The US’s actions to help end the spread of arms that fuel atrocities and abuse is a noble one.  The United States is the world’s largest arms dealer, and so this is a massive step forward.

So far 86 other countries have signed the Arms Trade Treaty. We hope that others will follow the US’s lead and now sign up as well.  Governments must seize this chance to make the world a safer place, a place where armed violence is kept in check.

We just look forward to China and Russia to match the US commitment.”

Action on Armed Violence has been working with others to secure global rules on international arms transfers to stem the flow of conventional arms and munitions that fuel atrocities and abuse.

We believe the Arms Trade Treaty is a significant step towards this goal and provides a firm foundation to better regulate the international flow of weapons.

The ATT prohibits states from transferring conventional weapons to countries when they know those weapons would be used to commit or facilitate genocide, crimes against humanity or war crimes.

The Treaty also obligates all governments to assess the risk of transferring arms, ammunition or components to another country where they could be used to commit or facilitate serious violations of international humanitarian and human rights law. Where that overriding risk is real and cannot be mitigated, states have agreed the transfer will not go forward.