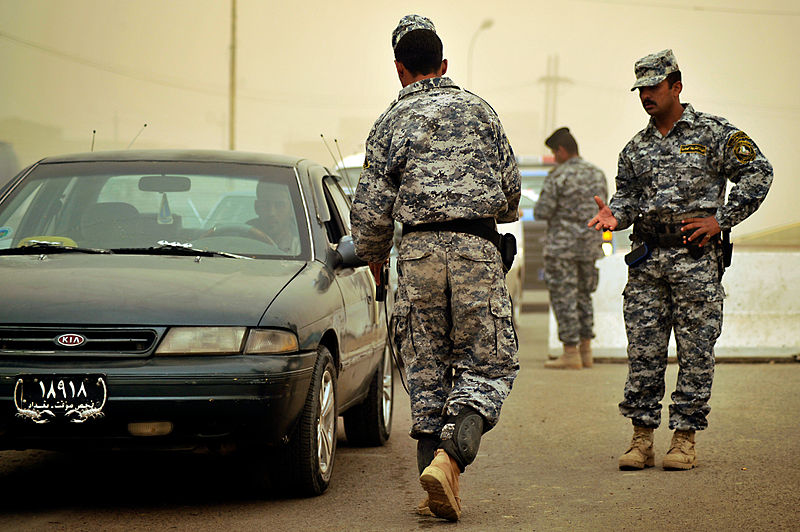 The Independent this morning reported that bogus bomb detectors are still being used in Iraq, five months after the conviction of the manufacturer for fraud.

James McCormick, a former policeman, was convicted in April for selling novelty golf ball detectors as the “ADE-651 bomb detector”- despite them having no scientific means of detecting explosives. The Iraqi government promised to phase out the fake detectors but they were still in use at checkpoints two days ago when 55 people were killed by car bombs in Baghdad.

McCormick is alleged to have made a total of $75 million from the Iraqi government, charging $40,000 for each unit, which cost $20 to produce. Major-General Jihad al-Jabiris, the head of the interior ministry’s directorate for combat explosive, was jailed along with two other officials.

Prime Minister Nouri al-Maliki announced that sniffer dogs would be brought in to replace the fraudulent devices. However, according to The Independent, only two southern provinces, neither of which is on the front line of recent violence, have invested in canine units.

Twenty dogs were brought in to protect the capital’s Green Zone, but the parliamentary security committee discovered that they had not actually been trained to detect explosives.

A schoolteacher who witnessed the Baghdad bombings on Monday said: “I saw five dead bodies, some children had been hurt as well. There was a lot of blood, it was very bad to see. I went through one checkpoint on the way in where they had the detectors just before the bombing. They look like wands and they are supposed to bend when they spot a bomb. But they are useless, everyone one knows that.”

“It’s like Hurt Locker every day here”
This story comes on the same day that it emerged that Pakistan’s police are suffering from chronic underfunding and bomb disposal teams are severely under-equipped.

This year’s federal budget gave the military $6 billion and the police $686 million, according to Reuters. Little of that money reaches the country’s top police bomb disposal unit in the city of Peshawar. The city’s bomb squad has defused more than 5,000 devices since 2009. Unfortunately, bombs still get through. At least 139 people were killed in an eight-day spell by IED attacks on a market, a bus and a church. Shafqat Malik, leader of Peshawar’s bomb disposal unit, said “it’s like Hurt Locker every day here”.

The unit has come a long way from owning a few pairs of wire clippers and long sticks. They now possess sniffer dogs, bomb disposal suits and remote-controlled bomb disposal robots. However, units are overstretched. As well as defusing bombs they are expected to secure VIPs and protect the courts, police stations and government offices. They also investigate blasts, testify in court and train new officers.

There is also an issue of staffing. Seventy percent of the 130 positions in Peshawar are vacant. With only basic police salaries and no danger pay it is difficult to entice recruits to undertake this dangerous job. A dozen men have been killed in the last five years.

Pakistan and Iraq are two of the countries most heavily affected by IED attacks. Last year, AOAV recorded 6,578 civilians killed and injured by IEDs in Iraq and 2,493 in Pakistan. It is vital that security forces and bomb disposal units are properly equipped to face this difficult challenge and are not forced to battle formidable opponents with one arm tied behind their back.