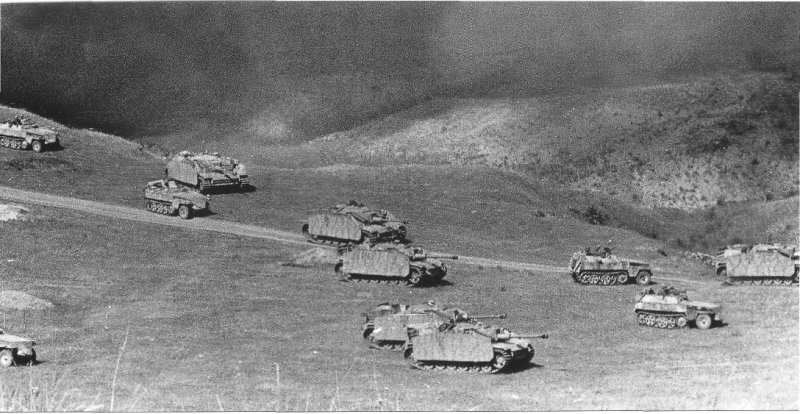 70 years ago today the Russian sky over the city of Kursk was lit up by a blaze of explosions.  Soldiers recalled later how the earth shook with the ensuing bombardment that was unleashed.

Then, as dawn broke on the 5th July 1943, the first waves of a German panzer battalion began their push across the sun kissed fields sunflowers and wheat.

The greatest tank battle in history had begun.

Over the next week the Battle of Kursk was to pit almost 3,000 German tanks against more than double that number of Soviet heavy armour.

The German tanks were far superior in many resects. Tigers and the “monster” Ferdinand tank destroyer went in first.  The fighting was intense. One German SS tank commander reportedly destroyed 22 Soviet tanks in under an hour.

But the Russians defended fiercely, getting in close to throw mines under the caterpillar tracks, disabling the German tanks. Ultimately, this obstinacy combined with what has been described as ‘suicidal tactics’ won the day.

After eight days the German attack had run out of steam. Stalin launched counteroffensives that over the following six weeks inflicted a crushing defeat on the Wehrmacht. 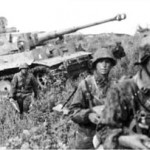 In this way, the battle became the final strategic offensive the Germans were able to mount in the east.  The decisive Soviet victory in Kursk gave the Red Army the strategic initiative for the rest of the war. To this end, the 5th July marked the beginning of the end of Blitzkrieg.

It was also, some argue, the last great tank land battle.

It happened just as air power in war was emerging as a dominant factor.

Months later, in France, Allied air superiority meant German panzer divisions had to hide in the forests during daylight hours. Without control of the skies, the tank, like the battleship, was a sitting duck.

Post-war tanks use
Despite this, massed armies still used tanks to great impact.  The Cold War saw thousands of tanks in both West and East Germany lined up for possible battle on the north European plain. And, when the Soviets crushed the Hungarian uprising in 1956 they did so by sending hundreds of tanks into Budapest. Similarly, the Yom Kippur War in 1973, when Egypt and Syria attacked Israeli forces, involved over 3,000 tanks.

Later in the 20th Century also saw US and UK forces using them to great efficiency to liberate Kuwait in 1991 and invade Iraq in 2003. And in the Battle of Fallujah in 2004, US Marines brought in extra armoured brigades to help in the street fighting.

The limitations of tanks revealed
But tank offensives are best suited to flat areas like desert, plain or steppe. The jungles of Vietnam or the mountains of Afghanistan revealed the tank for its weaknesses. There, instead, the helicopter proved its use.  So much so that in the 1980s, the MoD reportedly commissioned a paper considering whether the UK should replace its tanks with helicopters altogether.

To this end, NATO has drastically cut its tank numbers since the end of the Cold War. Once Germany was host to 4,000 tanks and Britain and France over 1,000 each. Now the tank lines are a quarter of those numbers. Earlier this year, the last US battle tanks left Europe’s shores.

According to the International Institute for Strategic Studies there are 60,000 tanks in active service worldwide.

In the Middle East, Saudi Arabia is upgrading its US-made M1 tanks whilst Qatar has opted for the Leopard 2.

Across Asia countries without a tradition of tanks are building up their forces. Singapore and Indonesia have opted for the Leopard 2, while Malaysia has ordered Polish tanks. China is also replacing its tanks and India and Pakistan have amassed large numbers of tanks already: India has 3,250 and Pakistan 2,400. 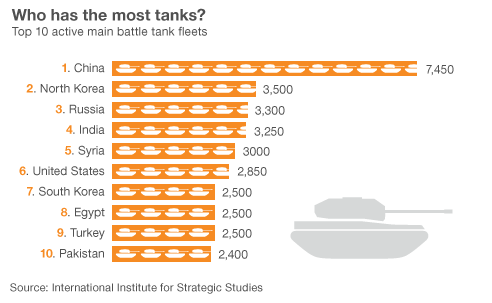 And the threat of a tank battle between North (3,500) and South Korea (2,500) is perhaps a more realistic possibility.

Improving with age
Today the modern day tank is a much more powerful beast than it was 70 years ago.

Day and night vision equipment gives modern tanks a big advantage over their WWII equivalents. A Tiger tank’s powerful gun could finish off one of today’s light armoured vehicles. But it would be impotent against a modern battle tank.

In the battles of the future, the tanks may be unrecognisable from the Russian T34 and German Tiger that did battle at Kursk. Military technology has reached the point where unmanned tanks – a land drone – are now possible.

All of this means big business for those companies that produce tanks and bigger trouble for guerrilla combatants who are seeking to fight against a tank foe.  Any cursory view of social media videos from the on-going conflict in Syria attest to the sheer firepower of the Syrian Army tanks against rebel forces.

The ethical dilemma
The continued purchase and use of the tank in different conflict zones raises powerful ethical issues.  AOAV research has demonstrated that as many as 90% of victims following the use of explosive weapons in urban areas are civilians. Tanks play their role in this terrible figure.

We strongly call on the use of explosive weapons in urban areas to be regulated and circumscribed under international law, and for the victims of violence – perpetuated by tanks or other methods of armament – to be given proper recognition, support and protection. 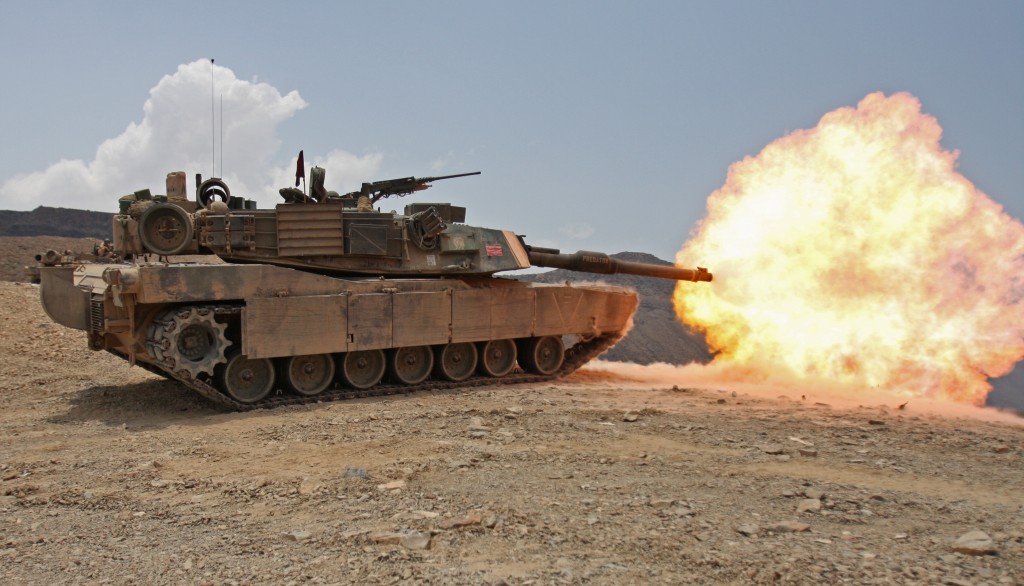 This article has been amended from a piece in BBC’s online magazine, written by Tom de Castella.