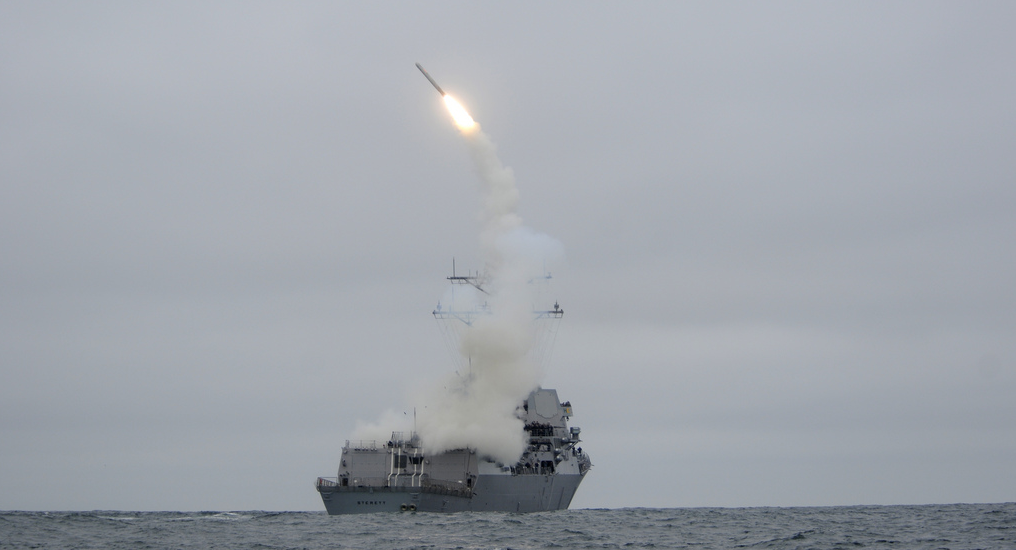 What’s the target? A Tomahawk missile is launched from a US Navy destroyer.

By all indications, the UK, the US and France are preparing for an attack on Bashar al-Assad’s forces in Syria in response to the August 21 chemical attack on the outskirts of Damascus, with or without UN Security Council authorisation. Based on the available timeline and the military forces available, it appears that such an attack will take the form of a limited campaign of strikes carried out by cruise missiles and aircraft. While comparisons to previous air campaigns in the former Yugoslavia, Iraq and Libya obscure some important differences, the strategic blueprint appears to be similar.

In other words, the US, UK and France are preparing to engage in what Michael Ignatieff called “virtual war.” This strategy entails the exclusive use of long-range weapons in an attempt to compel a change in strategic behaviour from an adversary while minimising immediate risks. The appeal of this type of war to policymakers is obvious: it constitutes aggressive action in response to a violation of international law or norms without substantial cost or risk. But for all those perceived advantages, there are significant questions which must be considered first.

The first is the question of how to target chemical weapons. There is no doubt that the Syrian government possesses such weapons, even if the question of culpability for the August 21 attack remains unsettled. But NATO and the governments of France, the UK and the US all appear to have concluded that the Syrian government was responsible. Given that at least part of the stated rationale for such action is to punish the regime for its use of chemical weapons, it follows that some portion of the strikes would be aimed at units and facilities associated with them.

But even if the locations where such weapons are kept can be positively identified, striking chemical weapons bunkers is likely to result in the wide release of the deadly agents they contain. Even if accidental release does not occur, dropping bombs on heavily secured chemical weapons facilities is likely to degrade their security considerably. In that eventuality, it is entirely possible that chemical shells or rockets could fall into the hands of armed groups who might employ them with even less discrimination or restraint.

The UN, meanwhile, has pleaded for a few more days so that the inspectors on the ground in Syria can finish their investigations. At the very least, there is no reason not to grant that request, since any military strike will end the investigation abruptly and leave huge questions hanging over one of the most disturbing incidents in a war which has already claimed far too many lives. As of Thursday, both the UK and the US appear likely to grant this request.

“The reason for not allowing the UN inspectors to complete their investigations prior to the Iraq war was simple: there were no weapons of mass destruction,” said AOAV Chief Executive Steve Smith. “That truth would have undermined the entire flimsy rationale for war, so it had to remain hidden. The public will not be so easily duped a second time. There is no obvious reason to strike before the UN inspectors have completed their task in Syria. Unless there is something to hide.”

Second, there is the question of what weapons will be used. Any attack is likely to heavily rely on Tomahawk Land Attack Missiles (TLAMs) fired by US and UK warships and submarines. The TLAM-D, used by the US (which is not party to the Convention on Cluster Munitions), carries a payload of BLU-97 Combined Effects Munitions. These weapons are banned under the Convention for the extreme and lasting danger they pose to civilians, yet in the likely event that the target list includes Syrian government airfields or air defence sites, the US is likely to deploy them. The irony of using a banned weapon in retaliation for the use of another banned weapon might be amusing if the potential consequences for civilians were not so grim.

Even non-cluster munitions are likely to cause significant civilian casualties in such an attack. The types of Syrian government facilities likely to be targeted in a “punitive” strike – headquarters, barracks, communications facilities, and so forth – are not isolated and populated exclusively by military personnel. Rather, they are located close to neighbourhoods where civilians live and work. Any strike against those facilities will inevitably result in numerous casualties amongst non-combatants. And non-combatant casualties will immediately and dramatically undercut the argument that the purpose of the intervention is to uphold the rule of law.

The likelihood of civilian casualties points to the most important question that the governments which are agitating for an immediate strike need to answer. What, exactly, would be the purpose of such a strike? Would it be to punish the Syrian government for its attacks on civilians? To uphold an international norm against the use of chemical weapons? To re-balance a war which has tipped farther and farther in the government’s favour? Or to offer outright support for a rebel movement which opposes a strategic enemy of NATO?

None of the governments agitating for a strike have outlined how immediate military action would accomplish any of these goals. Rather, the impetus seems to be the need to “do something” to respond to the attack. Given the animosity between the rebels and the government, it is unlikely that a foreign intervention under these auspices will result in a negotiated solution; instead, it seems likely only to cause further harm in the process of complicating a tragic and intractable war.

“At what point does the number of civilian casualties from punitive attacks outweigh the value of those attacks?” said AOAV’s Steve Smith.