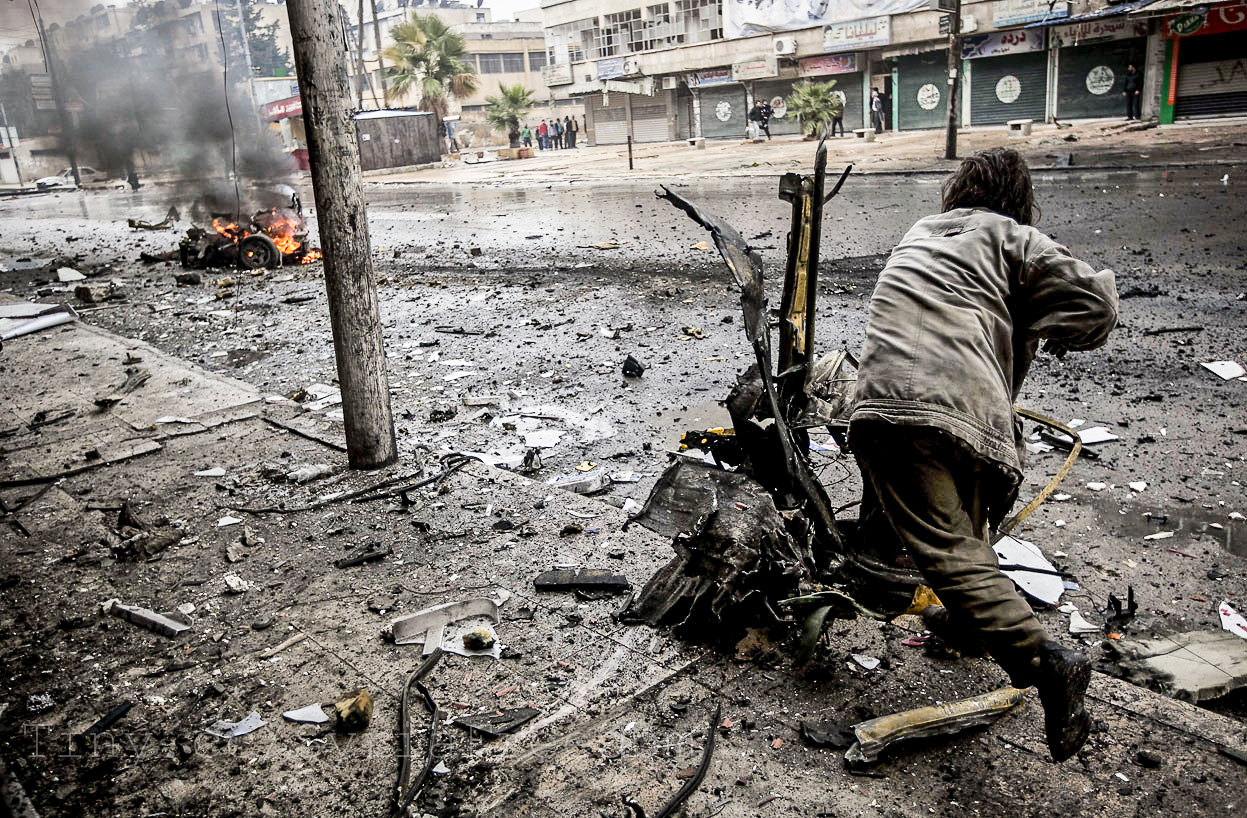 Over the last few days headlines from Syria have largely reported the diplomatic manoeuvring of the US and Russia as they try to negotiate an amnesty for Syria’s stockpiled chemical weapons.  And in so doing, we hope, to avoid US military action.

But there is another story that remains largely untold.  One pushed to the background.  That of how the people of Syria continue to suffer daily at the hands of conventional explosive weapons. In the furore over the use of chemical weapons, this is a fact that is all too often side-lined by news outlets.

This week the United Nations Commission of Inquiry issued its latest report on the war crimes and attacks that are taking place in Syria. In it the use of explosive weapons was cited time and time again as a major driver of suffering in the country. One assertion was particularly eye-catching. The Commission reported “most child deaths and injuries were caused by shelling and aerial bombardment.” It highlighted a couple of examples but one jumps out.  On one fateful day in June this year in Kafr Hamrah, a town in the north of Syria, a missile strike killed 63 people. Among the dead lay “ten young children.”

The same day that this report was published on Wednesday last week, 11 people were killed when planes fired missiles into a field hospital in Aleppo province.

When the dataset of one Syrian casualty-counter was analysed by AOAV in June this year, explosive weapons were found to have been responsible for about 40% of deaths in the country, including some 50,000 civilians at the time.

Our data shows that civilians made up more than ninety per cent of the all the casualties of explosive violence. We recorded a 794% increase in the numbers of civilian casualties from these weapons in 2012, as heavy explosive weapons were used to strike populated areas across the country. There was an average of twenty civilian casualties in every incident of bombing and shelling last year.

These shocking figures also hide another terrible truth. AOAV records data on the casualties of explosive violence around the world, and has found that these weapons typically injure many more people than they kill.  Typically, only a third of casualties are immediately reported as deaths. And so legs are blown off, children blinded, and lives are shattered by the use of explosive weapons in urban areas: these terrible stories are all too often forgotten.

As well, the full impact of explosions on buildings, sewage drains, water pipes and all the rest can hardly been quantified, but satellite footage and photos from the streets of Syria show whole towns reduced to rubble.

In short, explosive weapons like heavy artillery, mortars, and rockets, are the tools that are doing the majority of the destruction and suffering.

None of this is to minimise the horror that was unleashed in the chemical attacks on 21 August.  None of it is to minimise the argument for the condemnation of the use of such deadly chemical weapons.  And, whatever the rights and wrongs of the proposals for intervention in the Syrian conflict, it is laudable that countries sought to uphold a strong international norm against these abhorrent tactics.

But it is also notable that the norm against the use of explosive weapons in populated areas is nowhere near strong enough.

Jeffrey Goldberg, columnist at Bloomberg, said it best when he wrote recently on twitter: “Astonishing to think that the world is not discussing—at all—Assad’s slaughter, with conventional weapons, of his fellow citizens.”

It is astonishing. It is saddening.

It can only be hoped that if Russia and the US can agree to arrange the surrender of Assad’s chemical arsenal, they can also find a way to stop the continuing use of explosive weapons in populated areas. Stopping supplies of new bombs and missiles to the fighting parties would be a good start. Signing up to new standards to ban the use of heavy explosive weapons in populated areas would be another.