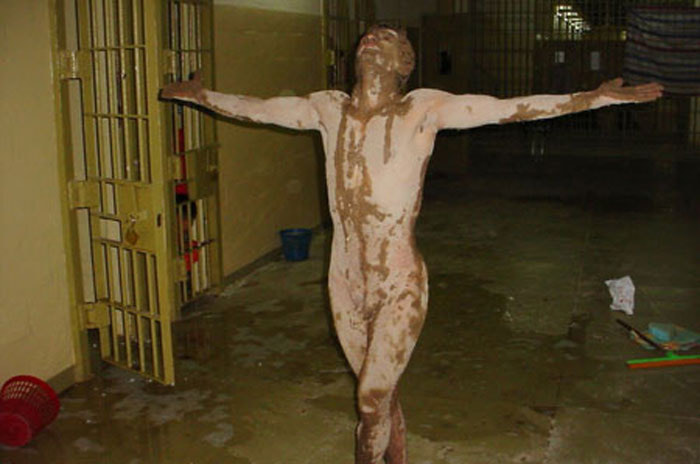 Torture in the Iraq conflict. But what happened to the victims?

“Torture and abuse cost American lives…I learned in Iraq that the No. 1 reason foreign fighters flocked there to fight were the abuses carried out at Abu Ghraib and Guantanamo. Our policy of torture was directly and swiftly recruiting fighters for al-Qaeda in Iraq…How anyone can say that torture keeps Americans safe is beyond me — unless you don’t count American soldiers as Americans.”  – Matthew Alexander, leader of an interrogations team assigned to a Special Operations task force in Iraq (2006).

Torture has been condemned as one of the worst acts that can be perpetrated against someone. It is prohibited – absolutely and unequivocally – by the Convention Against Torture, a convention that has since become enshrined in customary international law.

And yet acts of torture are still committed. However, the provision of support for victims of torture remains limited at best.

This week saw the 26th anniversary of the Convention against Torture and Other Cruel, Inhuman or Degrading Treatment or Punishment. It was also the annual International Day in Support of Victims of Torture. Both events provide us with an opportunity to reflect upon the protection of the rights of victims of torture – rights that are not always respected.

The Convention against Torture states that ‘no one shall be subjected to torture or to cruel, inhuman or degrading treatment or punishment’. It also contains a specific provision relating to victims’ rights.

Article 14 of the Convention obliges States to ensure that victims of torture obtain redress and have enforceable rights to fair and adequate compensation. The provision does not expand upon what is meant by ‘redress’ and ‘compensation’, but other UN bodies have clarified States’ obligations.

The UN’s Committee against Torture has authoritatively outlined the obligations of ‘redress’ and ‘compensation’ that States should meet. It states that ‘the restoration of the dignity of the victim is the ultimate objective in the provisions of redress’. It requires that governments adopt wide-ranging legislative, institutional and policy measures to ensure that victims have access to redress and compensation.

In a similar vein, the Human Rights Council has also called on states to ensure that victims are fully involved in any process. The belief underpinning this is that such involvement better helps them rebuild their lives and reintegrate into society.

In addition, there has been an increased focus on victims’ rights regarding the implementation of the Convention against Torture, with the Committee against Torture’s 25th anniversary message largely advocating for a victim-oriented approach.

Despite all of this though more needs to be done. Despite there being a substantial body of law providing for the obligation on states to ensure that victims’ rights are respected, this often does not translate into concrete action.

As Human Rights Watch reports, the victims of torture in Tanzania have little to no access to justice and redress. The same is true in countries such as Lebanon, Mali, the US… the list goes on.

State bodies, such as the police, are often instrumental in carrying out acts of torture. This compounds the difficulties in reporting abuses, obtaining redress and gaining access to victim’s rights mechanisms.

Mechanisms for redress that do exist are often badly implemented. And a culture of impunity exists in many countries where torture occurs.

There are just two of a range of issues that result in a limited access to, and an ineffective functioning of, redress and compensation mechanisms.

The theme of this year’s Day in Support of Victims of Torture is ‘Right to Rehabilitation.’ Individuals and organisations have stepped up to build pressure on Governments to ensure that victims have access to effective rehabilitation. It has been recognised, by organisations like the IRCT, that rehabilitation is an extremely effective form of victim support.

There is now a substantial body of knowledge on the effects of torture and the best way to support those who have been affected by it. The IRCT advocates for rehabilitation, stating that it ‘can heal wounds, minds, and bring us back to our communities.’

Rehabilitation not only benefits the individual victim but has far-reaching impacts on communities and society. It also promotes the overall protection of human rights. The Human Rights Council has called upon states to ensure that victims are fully involved in any rehabilitation process. And the UN’s Special Rapporteur on torture has noted the need to assess rehabilitation based on the specific victim’s needs.

Other recommendations exist. Any rehabilitation treatment should be provided as soon as possible after an act of torture has been committed. There should also be a safe environment provided for victims.

The Office of the High Commissioner for Human Rights has also called for states to provide access to physical and psychological rehabilitation, as well as access to justice and compensation. This includes the protection of victims against the future risk of torture and making sure that there is the prompt investigation and prosecution of torturers.

But there are shortfalls to these ambitions. It falls on states themselves to fund such rehabilitation services, meaning often services are not paid for. And, while the discourse surrounding rehabilitation facilities is positive, action is often weak.

Yes, some things are being done to address these issues. The UN has a Voluntary Fund for Victims of Torture, that supports hundreds of support centres. The fund allows them to provide humanitarian, medical and legal assistance to victims of torture. And it is estimated that up to 70,000 victims have found assistance at these centres. But all of this requires money and that money is decreasing. Donations to this fund have dropped 30% since 2008, and the number of donors is down similarly by one third.

It is AOAV’s hope, however, that this year’s focus on rehabilitation, as well as renewed calls on states to provide access to such rehabilitation and redress, will force positive action by governments and result in better funded torture victim programmes.

To this end, AOAV urges governments need to recognise that torture does occur, and that political will and financial resources are required to support victims and wider communities should torture occur.

We call on government to ensure that adequate rehabilitation facilities, providing for both psychological and physical rehabilitation, be funded and made available to victims.

Countries have legal obligations to provide such victim support, but this support more often than not falls short of expectations. The Convention against Torture unequivocally obliges states to provide redress and compensation to victims of torture.

It is about time that this obligation was followed. Victims of torture can not, and should not, wait any longer.