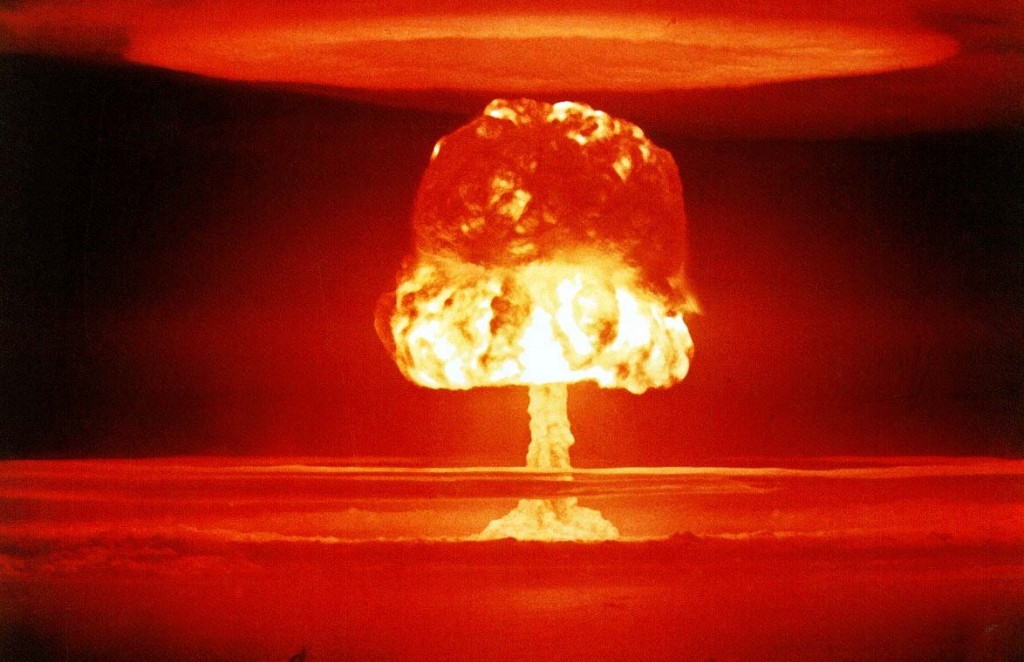 On this day 68 years ago an atomic bomb was detonated over a populated area for the second time in history.  The ‘Fat Man’ was dropped by the US on Nagasaki, Japan, three days after the first nuclear bomb was detonated over Hiroshima.  The bomb in Nagasaki caused temperatures in excess of 3,900 degrees celsius and winds of over 1,000 kilometres per hour.  Between 40,000 and 50,000 deaths occurred immediately in Nagasaki, with the total reaching an estimated 80,000 deaths by the end of 1945.  Over 200,000 people died of acute effects of radiation in Hiroshima and Nagasaki combined. For the first and only time in history, the world saw the devastating effects nuclear war could and would have.  The use of nuclear weapons led to the Japanese surrender, ending WWII, but at a huge cost.

The anniversary of the bombings must be used to call for the ban of the use, possession, and development of nuclear and atomic weapons.  The number of nuclear weapons currently stockpiled worldwide is staggering, at an estimated minimum of 17,300.  Nine countries possess nuclear weapons, with the US and Russia possessing over 90% of the world’s stockpiles.  It is foreseeable that should even one of these weapons be detonated, a catastrophic chain of events would be set off, effectively ending civilisation.

International legal provisions attempting to limit the potential for use of nuclear weapons do exist, but are ineffective.  The International Court of Justice has stated that the use of such weapons is governed by the laws of war, yet it refused to categorize them as outright illegal.  The judicial body of the UN determined that it was foreseeable that a nuclear bomb may need to be used in self-defence, losing a key opportunity to put pressure on the international community to disarm.

The Treaty on Non-Proliferation of Nuclear Weapons attempts to prevent the spread of nuclear weapons and the technology to further develop such weapons.  It currently has 190 states parties, more than any other arms limitation treaty.  Its proponents use this figure to hail the success of the treaty, but practically it has proved to be extremely ineffective.  Five of the states parties currently possess nuclear weapons: the US, the UK, France, China and Russia.  They claim that such weapons are required for national security and self-defence.  However, they also appear to have no desire to limit their development of new nuclear weapon technology.  For example, it is estimated that the US will spend over $200 billion on bombs, warheads and nuclear delivery systems over the next ten years.  Russia is expected to spend $600 billion on ‘strategic force modernization’ by 2020.  The UK, while pledging to reduce their stockpiles by 20% by the mid 2020s, plans to introduce a system which will keep remaining nuclear weapons in service until 2067.  These figures do not suggest any immediate, or indeed future, plans for disarmament.

AOAV calls for an international treaty banning the use, production, stockpiling, transfer and financing of nuclear weapons.  The current Non-Proliferation Treaty does not oblige States to disarm.  It does not oblige States to develop a treaty banning their use and development, it simply requests them to discuss the possibility of a treaty ‘in good faith.’  This is not enough.  States are ploughing billions of dollars and pounds into the further development of nuclear weapons technology.  This has to stop.  The potential effect on the world is too great for anything less.