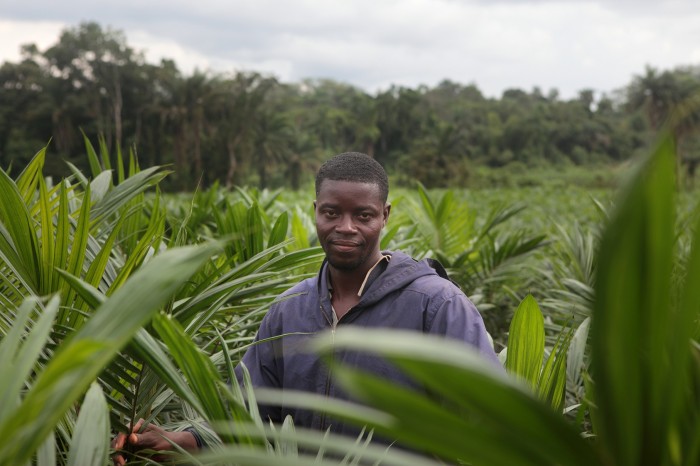 Abibu O.G. Corneh was captured during Liberia’s insurgency in 2000 and forced to carry a weapon. Three years after the civil war ended, Abibu and his peers were occupying the Guthrie Rubber Plantation, still following orders from wartime commanders and earning money through illicit rubber tapping. Like other war-affected young men in Liberia, he had no skills, no job, and “lived by means of violence.” Because Abibu did not participate in the official Disarmament, Demobilisation, Reintegration, and Rehabilitation (DDRR) programme, he did not receive any of the benefits that were available to him as an ex-combatant and was unable to reintegrate into society.

When the Government of Liberia reclaimed the Guthrie plantation, AOAV worked in partnership with communities, ex-combatants, and the Government to develop a comprehensive DDRR programme for the ex-combatants still living on the plantation. Abibu joined AOAV’s Tumutu Agricultural Training Programme in 2008. Along with 400 former combatants, he spent each day learning vocational agricultural disciplines, including oil palm, rubber, vegetables, and animal husbandry. He also went through an intensive psychosocial curriculum in group and one-to-one sessions, learning how to communicate with others, resolve conflict nonviolently, deal with trauma, and be a non-violent leader in his community.

After four months, Abibu graduated and returned to his community. He joined a cooperative of 50 members, including 35 graduates from the programme, which grew vegetables that provided them with both food and income. Due to lack of funds, the cooperative could not sustain itself, but with the skills Abibu gained during the AOAV programme, he managed to secure a contractor position with a large oil palm producer in 2010. 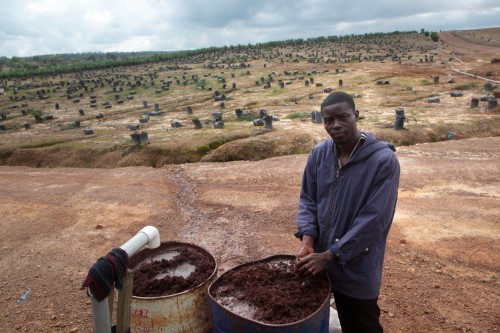 As a contractor, Abibu received short-term commissions with the company and received none of the benefits given to full time employees, such as rent, school fees, and health care. Though local labour laws require employers to hire contractors after a certain length of time, the firm was unable to hire many of its contractors. This sparked widespread anger at the company; many workers went on strike, physically intimidated those that continued to work, and threatened violence, destruction, and rioting on the plantation.

Abibu was elected to represent and advocate for hundreds of contract workers. As their spokesman, he appeared in radio spots, met with local and national government officials, and negotiated with the company on their behalf. Government and company representatives were able to meet with the workers, and an investigator was sent in on their behalf. After a full year of advocacy, Abibu reached a settlement with the company and was hired permanently to manage 300 contract workers.

Abibu attributes the changes in his life to the training he received from AOAV. Without the agricultural component, he would not have found employment to support his family on his own. The life skills training and psychosocial counselling were fundamental to his role as a community advocate. He was proud that the workers he represented did not take part in any of the violence or destruction on the plantation, and continues to use these skills in managing his employees at work. As the contract manager, Abibu serves as a go-between for the contract workers and the firm, and continues to advocate for their rights. 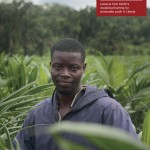 AOAV operates an innovative vocational training and rehabilitation programme model in Liberia for ex-combatants and high risk youth who pose a threat to national and regional security. In partnership with the Ministry of Youth and Sport, AOAV has implemented this programme in several training sites across Liberia since 2007, enabling at-risk youth to earn incomes through legal livelihoods, reducing their vulnerability to engaging in conflict, and empowering them to become responsible and peaceful members of society.

Find out more about the programme, Abibu and other graduates here.