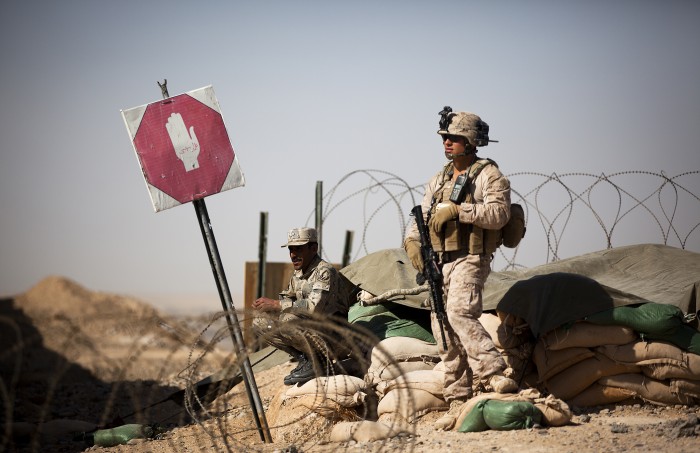 This month the United Nations Assistance Mission in Afghanistan (UNAMA) released its annual report on the state of civilian protection in the country.

In 2013 UNAMA documented a total of 8,615 civilian casualties from all forms of armed violence in Afghanistan. This represents a 14 percent increase compared to 2012.

The leading cause of these casualties was improvised explosive devices (IEDs), like roadside bombs and car bombs. They accounted for 34 percent of all civilian casualties in 2013.

IEDs have been the leading killer of civilians in Afghanistan for every year since 2009.

The report identifies a number of incidents where IEDs were either used indiscriminately or to deliberately target civilians- tactics which it says may amount to war crimes.

The high numbers of civilian casualties from these remotely detonated IEDs is counter-intuitive. In theory, the greater flexibility afforded by the radio triggers on such devices should allow their operators to avoid or minimise civilian casualties, but this has evidently not been the case.

Meanwhile casualties from ‘victim-activated’ or ‘pressure-plate’ IEDs – devices which behave the same way as banned anti-personnel mines – have declined by 39 percent compared to the previous year. Victim-activated ‘pressure-plate’ IEDs are indiscriminate weapons which persistently threaten civilians when they are used. According to UNAMA, most pressure-plate IEDs contain 20-25kg of explosives, more than twice the size of an average anti-tank mine, and have a trigger sensitivity of an anti-personnel mine.

Not included in UNAMA’s casualty figures for IEDs are people killed and injured in ‘suicide and complex attacks’- that is attacks which may involve IEDs along with other non-explosive weapons (principally gun-fire).

UNAMA highlight “indirect fire in civilian areas” as a particular concern. “Indirect fire” refers to the use of ranged explosive weapons such as rockets or artillery by combatants who do not have a clear line of sight on their target. In Afghanistan last year, mortars and rockets caused 1,026 civilian casualties, an increase of 57 percent from the previous year. A third of these casualties were attributed to pro-government forces by UNAMA.

UNAMA urges both sides in Afghanistan “to cease firing mortars and grenades into civilian populated areas.” AOAV has repeatedly called on states and other actors to avoid the use of all explosive weapons with wide area impacts in populated areas.

Civilian casualties from air strikes by international forces fell once again in 2013 but still accounted for 118 deaths and 64 injuries. It is notable however that 59 of these casualties were caused by drone. This is triple the number of casualties recorded in 2012, indicating a possible shift in ISAF’s aerial delivery platforms. Over the last few years there has been a steady decline in the number of civilian casualties caused by air strikes in Afghanistan. Last year’s figure represents a substantial decrease from the 552 civilians killed by air strikes in 2008. This decline corresponds with a progressive transition in NATO’s policies and procedures for air strikes in Afghanistan, which have emphasised avoiding their use in populated areas.

There are a number of instances in the report which hint at an underlying concern that civilians will become more vulnerable in 2014 following the scaling back of the international security presence.

The withdrawal of international troops has already lead to changes in the dynamics of the conflict. UNAMA notes that the closing of international military bases and the reduction in ISAF air operations have given anti-government forces more mobility, meaning that more exchanges are taking place in populated areas with a resulting increase in civilian casualties.

From June, Afghan forces will take over responsibility for security operations in the country.  As that transition happens, there is a concern that there will be a decline in efforts to protect civilians. In particular, that attempts to combat IEDs will be diminished.

“It is uncertain what resources and technical support for counter-IED efforts the international community will provide to the Government in 2014 and beyond as ISAF has not provided such information further to UNAMA’s requests. Noting the increased threat of IEDs against Afghan civilians and concerns of rising insecurity in Afghanistan in 2014, UNAMA reiterates its recommendation for sustained and even enhanced support to the Government to counter the threat of IEDs.”

The decision by ISAF in 2012 not to allow the use of “aerial munitions against civilian dwellings” is an example of how such evidence can improve the standards of protection for civilians.

Ultimately the primary focus though of UNAMA’s report is direct deaths and injuries. Little mention is made of the destruction of property and infrastructure and the subsequent indirect health and economic effects. An assessment of these impacts should be an essential component of efforts to measure the effects of conflict on civilians. As Afghanistan enters a new stage in its conflict an appreciation of some of the long term challenges facing its people is essential.