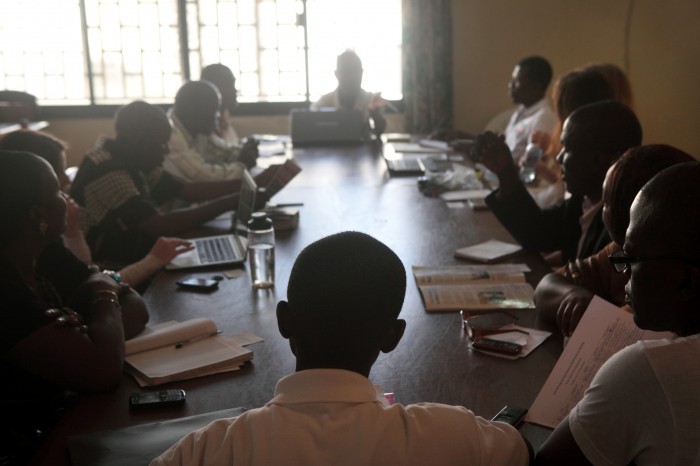 Today is the final day of the Fifth Biennial Meeting of States (BMS5) in New York. States have been discussing implementation of the UN Programme of Action (PoA) to Prevent, Combat, and Eradicate the Illicit Trade in Small Arms and Light Weapons in All Its Aspects. Coinciding with this event is the Global Week of Action Against Gun Violence. As civil society members have organised events to illustrate this year’s theme, Stop Gun Violence and Save Lives, states have considered ways forward, particularly in the areas of stockpile management of weapons, international tracing and marking of weapons, and international cooperation and assistance.

Reducing gun violence requires first and foremost a sophisticated, fact-based understanding of the problem, including its influencing factors, prevalence, specific characteristics, and trends over a longer period of time. Reliable data on the incidence, impact and perceptions of armed violence are critical to addressing the root causes, and ultimately reducing its effects. Without this information, decision makers can only struggle to develop new legislation or programmes to mitigate armed violence.

In its work on the ground, AOAV is committed to building a better understanding of the costs of armed violence through short studies, nationwide assessments, and on-going monitoring of armed violence. AOAV does this to inform evidence-based strategies that will be used by governments and civil society to address armed violence in a targeted and effective way.

AOAV helped establish the Liberian Armed Violence Observatory, and has since begun working with stakeholders in Sierra Leone and Burundi to establish their own armed violence observatories (AVOs) and to improve regional sharing of armed violence data.

The Liberian Observatory on Armed Violence (LAVO) regularly gathers, analyses and reports on incidents of armed violence across Liberia. AOAV established the LAVO in March 2011, working together with a multi-stakeholder group to develop a collaborative facility for collecting and analysing data on armed violence throughout Liberia.

The observatory exists to promote and inform positive change. Currently being developed into a national facility, it aims to be managed by a working group of over 20 members, including government and non-governmental bodies, academics, the media, and international organisations.

Local ownership has been a guiding principle in designing and implementing the LAVO, recognising that any program, reform plan, or project must be designed by or in close cooperation with Liberians, who best understand the country’s history and current situation.

By collecting data from multiple stakeholders, the LAVO can create a more comprehensive picture of where and how armed violence occurs nationwide and identify gaps and duplications in official data. The Liberian National Police, United Nations Police and Ministry of Health and Social Welfare are the key data providers, in addition to the Early Warning and Early Response Network, media, international organizations, and local civil society groups, who provide data on a smaller scale.

LAVO data and analysis are open to public scrutiny – in keeping with the transparency and accountability the observatory embodies – in order for information and analysis can be checked and corrected. 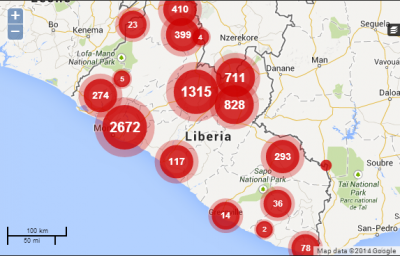 The LAVO data can be viewed as part of the Early Warning and Response Network’s dataset on an interactive website (LAVO findings are accessed under ‘groups’). The website allows the public to cross check incidents by location and filter data by categories, such as data source, type of violence, weapon used, demographics of offenders and victims, and date the incident occurred.

AOAV has also facilitated expert technical assistance in epidemiology and injury surveillance from the Centers for Disease Control and Prevention (CDC). In addition to evaluating the capacity of the LAVO to collect and analyse data, CDC is working with the LAVO to develop a standard reporting form and database and training both data providers and secretariat staff in the use of these tools.

To date, the LAVO has produced 5 reports, including a trend report covering two years of data collection, and is moving towards becoming a fully autonomous entity. With a robust dataset that spans two years of incidence data, the LAVO has also been transitioning into increased advocacy for responses to the data findings.

The analysed findings of the baseline assessment determined that armed violence persists in Sierra Leone, notwithstanding the significant progress made on peace and stability since the end of conflict in 2002.

AOAV continues to work in partnership with institutions in Sierra Leone including SLANSA and the Sierra Leone National Commission on Small Arms (SLeNCSA) to respond to findings of the baseline assessment.

AOAV is currently building partnerships with various institutions to facilitate the establishment of an armed violence observatory, similar to the Liberian Armed Violence Observatory. In addition to meeting with stakeholders from Government, formal security sector, international organisations, civil society and media, AOAV is facilitating workshops throughout Sierra Leone to inform and sensitise journalists and communities on the issue of violence and the roles they can play in reporting and preventing it.

AOAV and their local government partner, the Permanent National Commission for the fight against the proliferation of small arms and light weapons (CNAP), have established the Burundi Armed Violence Observatory (BrAVO), bringing a mixture of critical actors together to collect data, conduct research and analysis and report on the monitoring and the evaluation of armed violence on the ground. 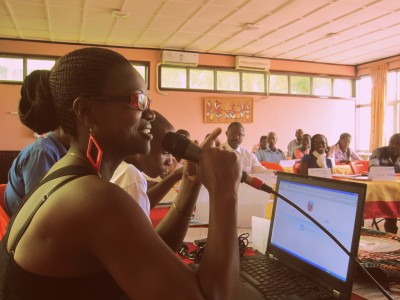 BrAVO is composed of one unit and two groups:

AOAV constantly facilitates trainings to build up the capacities and improve the skills of BrAVO members. In early June, a training was held for the Analysis and Validation Groups and the Data Collection Unit on data analysis. Additionally, the BrAVO website will soon be launched, which will provide public access to reports and other information on armed violence in. The first report will be produced at the end of June.