Governments from around the world have been meeting in Geneva in recent to measure the progress made in banning and limiting some of the world’s most dangerous weapons. At meetings of both the Convention on Certain Conventional Weapons (CCW) and the Convention on Cluster Munitions (CCM), Action on Armed Violence has taken the stage to report on the impact of explosive weapons.

Earlier this month Geneva was host to discussions on the CCW, a convention first agreed in 1980 and also known as the Inhumane Weapons Convention. The Convention tries to tackle weapons which cause unecessary or indiscriminate suffering. AOAV CEO Steven Smith, and Director of Policy Iain Overton presented research that mapped out the escalating impact of improvised explosive devices (IEDs), particularly suicide bombers, over the last three years (2011-2013). 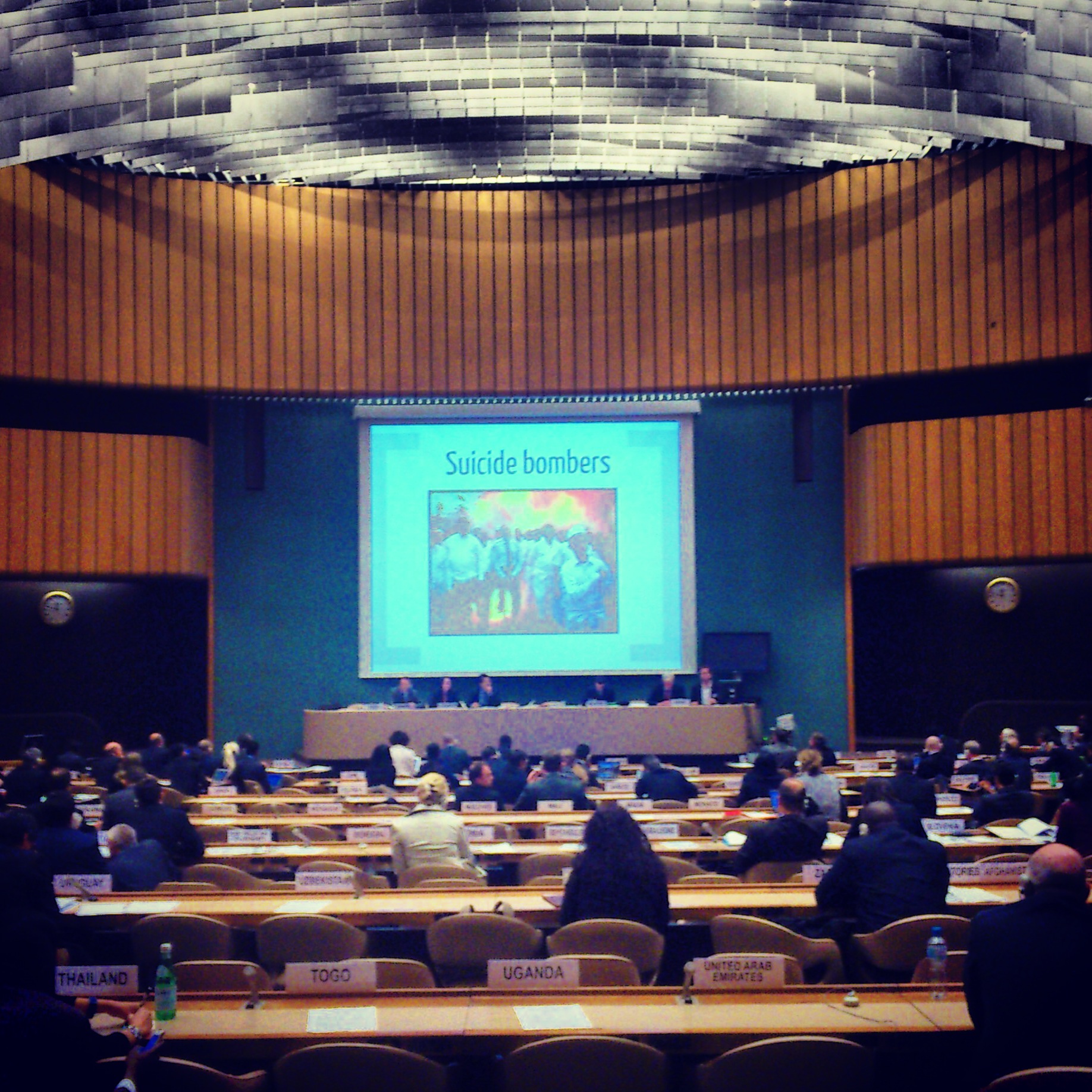 This week it is the turn of cluster munitions to fall under the spotlight of the international community. Cluster munitions are indiscriminate weapons which scatter bomblets over a wide area and leave behind a large number of unexploded remnants.

The Convention, agreed in 2008, banned these weapons not just from being used, but also being produced, stored or sold. States meet regularly to report on their progress in clearing cluster munitions remnants, destroying their stockpiles, assisting their victims, and signing up to the ban.

In a presentation with other civil society members of the International Network on Explosive Weapons (INEW), Iain Overton and Robert Perkins from AOAV shared with governments an overview of the devestating impact that explosive weapons have had on civilians in 2013. Other speakers included Save the Children and Reaching Critical Will. A report detailing further findings and analysis will be published later in the year.