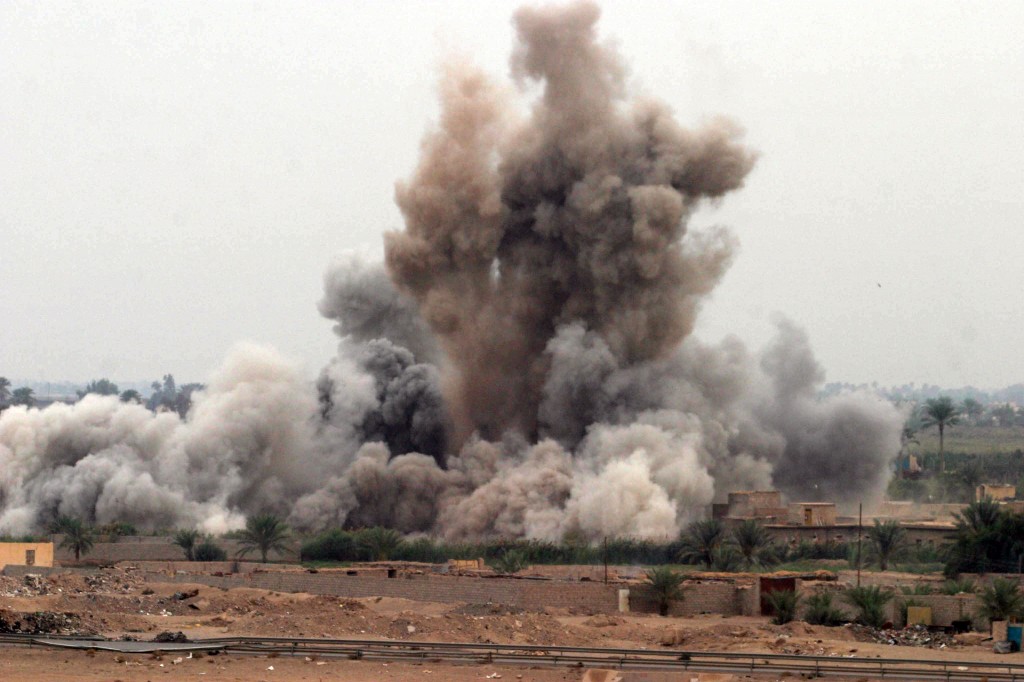 Ahead of an apparently-imminent Iraqi army assault on the city of Fallujah, Action on Armed Violence (AOAV) calls upon government forces to refrain from using explosive weapons with wide-area effects in populated areas.

After Fallujah came under the control of militants last week, the Iraqi army began to shell areas of the city with mortars and artillery. At least 19 civilians were killed in overnight shelling on 4 January. Tanks and artillery have recently been deployed to the city, raising the threat of a massive escalation in force.

In recent days airstrikes have begun in the province, with one attack on 7 January killing 25 militants on the outskirts of neighbouring Ramadi. The US, Iraq’s biggest weapon supplier has announced in light of the fall of Fallujah that it will speed up delivery of 100 new Hellfire missiles. Hellfires are commonly used in US drone strikes, such as the recent attack on a wedding convoy in Yemen that killed at least ten civilians. The Iraqi air force does not have armed drones, but instead is capable of firing Hellfire missiles from utility planes.

If bigger and more powerful weapons are indeed to be brought into play then civilians in Fallujah will be at even greater risk of death or injury. Explosive weapons pose a particular threat to civilians because they project blast and fragmentation effects around a point of detonation. When these weapons are used in populated areas, such as the city of Fallujah, the likelihood of unintended civilian deaths and injuries is severe.

Last year was the deadliest year for civilians in Iraq since 2008, according to Iraq Body Count, who document the casualties of all forms of armed violence in the country.

AOAV monitors the impact of explosive weapons worldwide, using English-language media reports. Since monitoring began in October 2010, Iraq has been one of the most-affected countries. In the first six months of 2013, AOAV recorded more than 5,000 civilian deaths and injuries at the hands of explosive weapons. Iraq is already being torn apart by explosive violence, and it is incumbent upon the government to avoid exacerbating that trend.

These casualties have almost exclusively been caused by Improvised Explosive Devices used by militants. Until this week, AOAV had not recorded a single incident in which Iraqi state forces had caused casualties using explosive weapons in three years.

The escalation in the Iraqi government’s willingness to use explosive weapons in populated areas is of grave concern. The army, which has been accused of using excessive force on numerous occasions recently, claims to be holding off on an all-out invasion in an attempt to negotiate with local leaders and to give civilian residents time to flee the city. This is a positive sign of restraint that AOAV hopes will continue to be the model for the army’s engagement in Fallujah.

The use of air-dropped bombs, artillery, heavy mortars, and tank shells will put the civilian population remaining in Fallujah in great danger. Iraq’s armed forces must refrain from further deployment of explosive weapons with a wide-area effect in populated areas.