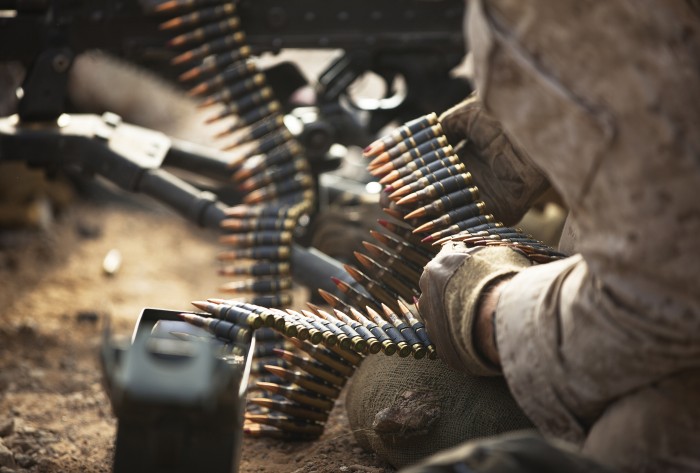 Firearms being prepared for use in Afghanistan

Eighteen countries are ratifying the Arms Trade Treaty (ATT) today, exactly one year after its adoption by the UN General Assembly.

Its provisions, if implemented rigorously, will help to limit the availability of arms to those using weapons to violate human rights and breach international humanitarian law.

The ATT, the first global treaty to address the arms trade, obliges member states to: 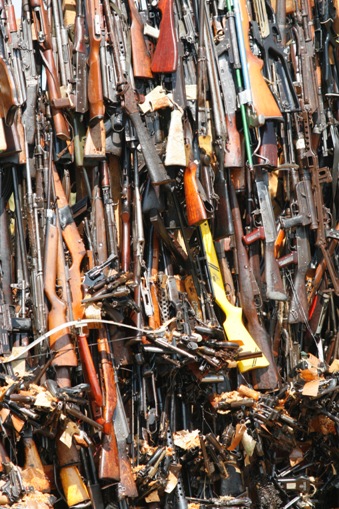 Should the pioneering treaty be interpreted and implemented strictly, it will have a huge effect on the arms trade – and on that trade’s impact on civilians. It requires states to seriously consider the impact of any arms deal on women and children, and the potential use of arms in international crimes. It is undeniably a huge step forward in the promotion of human rights and the protection of civilians. Ban Ki-moon hailed the treaty as a powerful new tool in efforts to prevent grave human rights abuses, and UNICEF stated its importance in the protection of children.

However, like so many other international agreements, the ATT will only fulfil its potential if states themselves implement it fully.

At the adoption of the ATT there was great hope that the treaty could result in real change and regulation of the arms trade. 154 States voted to adopt the ATT, against 23 abstentions and four no votes (North Korea, Iran, and Syria). China and Russia, two of the world’s leading weapons exporters, were amongst those who abstained.

Yet only 118 states have signed the treaty, signalling their intention to ultimately ratify it. Dozens of states who supported the ATT have yet to take any action towards bringing the ATT into force. Brian Wood, Head of Arms Control and Human Rights at Amnesty International recognises this, stating that “too many governments are dragging their heels…this is a major failure of political leadership.”

After one year, only 31 states (including the 18 ratifying today) have ratified the ATT, 29 short of the 50 needed to bring the treaty into force.

A major delay in the adoption of the ATT has been within the EU. Since the ATT covers some areas which are of EU exclusive competence, a number of internal procedures had to be completed before EU member states could ratify the treaty.

The European Parliament gave its consent for EU member states to ratify the ATT in February 2014, and on 4 March 2014, the European Council provided its authorisation to do the same. This was the final step in EU internal procedures. Today, on the one year anniversary of the ATT’s adoption, 18 EU member states will ratify it, signalling a step forward in bringing the treaty into force. EU High Representative Catherine Ashton stated that “the EU’s longstanding support to the Treaty will continue after its entry into force to promote its effective implementation so that it can actually make a tangible difference towards more responsible arms transfers.” The rhetoric is all positive. EU and other states have provided support for the ATT from the beginning.

But not all such states are acting in such a supportive manner.

More ratifications are still needed. The ATT only comes into force 90 days after its 50th ratification. Russia, China and the US have not taken any actions towards ratification.

As is the case with all international treaties and agreements, implementation is key. There is no international implementation or oversight mechanism for the ATT, leaving it entirely to the states themselves to ensure its proper implementation. One of the more troubling aspects of some states’ behaviour since the adoption of the ATT by the General Assembly is their continued arms transfers to countries where there is a risk that the arms will be used to commit human rights abuses. For example, the Czech Republic in December 2013 sent tens of thousands of firearms to security forces in Egypt, who have killed hundreds of protestors after the ousting of President Mohammed Morsi. 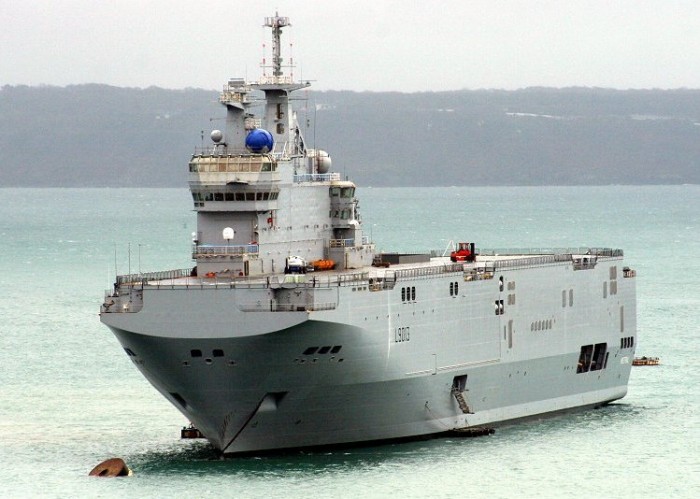 A Mistral-class warship of the type France is selling to Russia.

France, one of the countries ratifying the ATT today, provides a stark example of the challenges that those attempting to implement the ATT will face. In 2011, France made a deal with Russia for the sale of two Mistral-class warships, worth $1.4 billion, to be delivered to Russia at the end of 2014 and 2015. These warships are capable of transporting 16 helicopters, four landing craft, 13 battle tanks, and hundreds of combat troops. The addition of these ships will massively increase the expeditionary capability of Russia’s military, and the sale was criticised at the time, due to Russia’s “increasingly aggressive and illegal” conduct. In the face of the Russia’s actions in Ukraine, there have been calls for the deal to be called off. Laurent Fabius, the French foreign minister, has said that he could “envisage” scrapping the sale of the ships, but only if other European countries impose similarly tough sanctions. Under the ATT, a state should not transfer arms where they are likely to be used to commit human rights abuses. France should, as a new State Party to the ATT, therefore suspend the export of the Mistrals to Russia.

The ATT certainly has the potential to effect great change in the arms trade, providing for greater protection of human rights and more responsible trading in arms. However, without strict implementation, its effectiveness will be severely limited. States should ensure that their future arms trade dealings fully adhere to the provisions of the ATT, and should stop transferring arms where they are likely to be used to commit human rights abuses or international crimes.

Jacob Parakilas discusses the importance of the 18 new ratifications, and the need for positive action to implement the ATT.