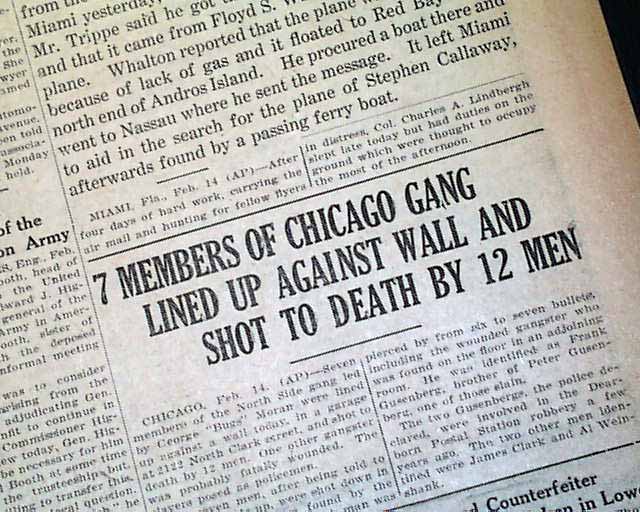 Weapons: Two submachine guns, a shotgun and a revolver

At approximately 10.30 a.m,. four gangsters affiliated with Al Capone’s gang burst into a warehouse in the Lincoln Park neighbourhood of Chicago. Two of the gunmen were dressed as police officers. The uniformed gunmen stopped six members of Capone’s rival Irish North Side Gang along with an optometrist in what appeared to be an ordinary raid. After lining them up against the wall, the gunmen opened fire from submachine guns, shotguns and a revolver. Twenty to 25 rounds were fired into each victim. Witnesses, alerted by the sound of submachine guns, watched as the shooters sped off in a black Cadillac that looked like a police car. The police investigated but no arrests were made. 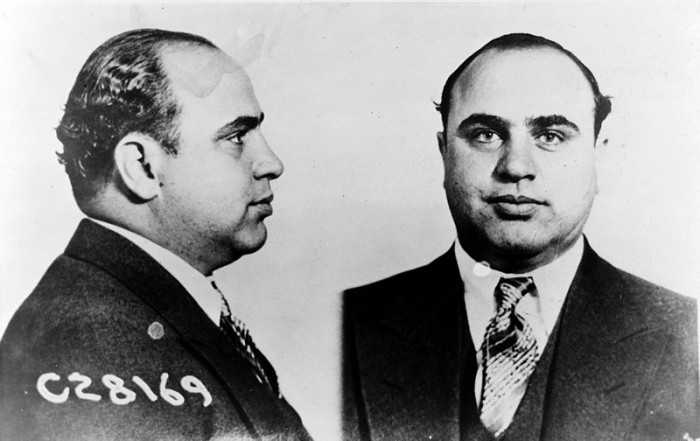 Although Al Capone allegedly orchestrated the massacre, he was in Florida at the time of the shooting. The bloody incident was part of the long-raging gang warfare over the control of illegal beer and whiskey distribution between the South Side Italian gang led by Al Capone and the heirs of the Irish North Side gang headed by Dion O’Banion[1].

In 1929, private ownership of guns in the US was regulated to a very limited degree. In 1927, Congress prohibited mailing most handguns, with limited success[2].

No other gangland slaying in the US received as much publicity as the St. Valentine’s Day Massacre[3]. The lack of any arrests, let alone convictions, for the crime led to public outcry and demands for more effective gun control. The fact that an organised criminal group had been able to easily acquire machine guns and use them to massacre seven people in the country’s second-largest city linked public perception of criminals to the availability of firearms. The sensationalistic aspect of their crimes convinced President Franklin D. Roosevelt’s administration that something needed to be done to control the spread of weapons into the general population.


The demand for federal involvement finally bore fruit in June 26, 1934 when Congress enacted the first comprehensive federal firearms law, the National Firearms Act (NFA). The legislation placed the first federal limitations on selling and owning firearms. It did not ban any weapons, but rather required registration and taxes on certain types of firearms. Arguably, the NFA was a ban disguised as a tax, intended to discourage the possession and use of certain firearms[4].

As originally proposed, the NFA covered a fairly broad range of weapons, but ultimately its scope was narrowed to cover only some guns, of types which were frequently used in crime[5]. The Act created legal definitions of firearms, machine guns, “destructive devices” (such as explosives), and silencers.

The NFA imposed a duty on every importer, manufacturer, dealer and possessor of firearms to register them with the Secretary of Treasury[6]. Moreover, under the Act it was unlawful for a person to ‘transfer’ firearms, that is, sell, assign, pledge, lease, loan, give away, or otherwise dispose of a weapon[7] without a written order which identifies the applicant who wished to obtain the gun by fingerprints and photograph[8].

Any person that imported, manufactured or dealt with guns covered under the Act was required to pay a special tax[9]. In effect, the NFA produced little revenue because it imposed prohibitive rates, oftentimes the value of the covered firearms[10]. Any person violating the statute or who failed to comply with the requirements of the Act could face a fine up to $2,000 or be imprisoned up to five years, or both[11].