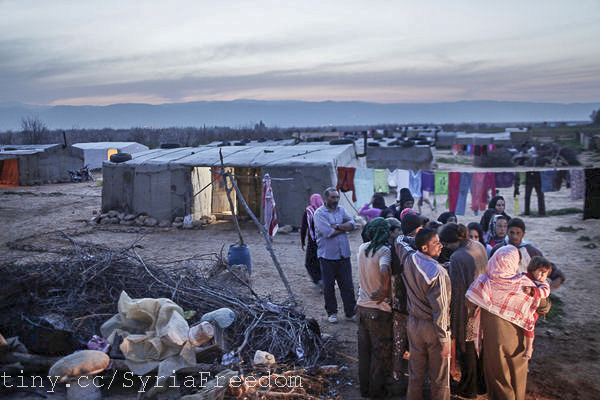 “The war may still be raging, but at some point it will end.

At that point, the survivors will have to start picking up the traumatized pieces of their lives.”

But for all the attention which is (rightly) paid to the pitched battles, the plight of the millions of refugees and the use of indiscriminate weapons on civilians, there is also a hidden side to the conflict: the widespread use of sexual violence and rape against women, men and children.

The depressingly widespread use of rape in conflict has been increasingly recognised in recent decades. In conflicts such as the Rwandan genocide, the Sierra Leonean civil war, and the conflict in the former Yugoslavia, rape was widespread and widely acknowledged after the fact.

In Rwanda rape was used as an integral tool of genocide. It was used to inflict fear on the Tutsi population, to attempt to change the ethnic make-up of the country, and as an aspect of the killing. After every such conflict, the international community promises ‘never again.’ Yet it appears that in Syria, the international community will once again break that promise, having failed to provide sufficient protection and assistance to victims of sexual violence.

Evidence is emerging which shows the vast scale of sexual violence being used in Syria, reportedly primarily by government forces. In 2013 more than 38,000 Syrians appealed to the UN for help after experiencing sexual or gender-based violence. The Syrian Network for Human Rights estimates that 6,000 women were raped in Syria in 2013. Women Under Siege, an organisation which focuses on issues faced by women in conflict, has a live crowdmap of sexualised violence in Syria. The organisation reports on individual stories and is attempting to make a record of sexual violence in the conflict.

Rape is being utilised in “horrifyingly soul-crushing, creative ways,” in Syria, reports Women Under Siege. Children are being subjected to sexual violence. Women and men are facing rape and sexual violence as part of torture. Rape is being used to control, intimidate, and humiliate. Millions of Syrians are now refugees, and many have stated the fear of rape as being the principal motivating factor for leaving their homes.

However, while some rape survivors have come forward with their stories, rape and sexual violence remain woefully underreported in Syria. There are a number of reasons for this. Syrian cultural and religious traditions compound the stigma surrounding rape. It has been reported that survivors of rape or sexual violence are often divorced due to the shame their spouses feel. Honour killings have been reported. In refugee camps fathers are marrying off their daughters at a young age so that they feel they are being protected. However, such marriages are often synonymous with sexual slavery.

But the underreporting of rape and sexual violence is also compounded by a near-complete absence of services for victims in Syria and in the surrounding countries. It is true for the consideration of services, such as healthcare and psychosocial support, and for access to justice. At least at the moment, it is unlikely that the vast majority of perpetrators of sexual violence in Syria will be brought to justice. This means that, practically, women, men and children who report instances of rape and sexual violence have very little to gain, and a huge amount to lose. Victims fear divorce, death, physical, psychological, and emotional trauma through telling their stories. They risk being ostracised and being subjected to reprisals for reporting perpetrators. Why would victims risk this in the absence of any realistic potential benefit from reporting?

This lack of services has the potential to create a vicious circle when it comes to the reporting of sexual violence. Without relatively accurate statistics on the prevalence of rape and sexual violence, it is very difficult for governments, organisations and service providers to provide adequate assistance, which fully meets the needs of victims. However, without access to these services, victims have very little incentive to report instances of this violence. And without the possibility of justice, victims do not even have the small comfort of seeing their perpetrator punished.

After the mass rapes in Bosnia, after the Rwandan genocide, after almost any conflict where rape has been prevalent, the international community has promised that such violence will not be seen again. Yet, as Jody Williams states, “we are standing by and wringing our hands” over sexual violence in Syria.

The importance of the provision of assistance for survivors of rape and sexual violence cannot be overstated. Without such assistance, survivors are likely to suffer from physical, psychological and emotional trauma for years to come. AOAV calls on the international community to recognise the scale of sexual violence occurring in Syria, and to ensure that all victims have access to rehabilitative, health, and psycho-social services. Without access to these services victims have no incentive to report instances of such violence. Such assistance must be provided in a manner which is sensitive to the harm suffered by each survivor.

While the nature of the conflict in Syria makes the provision of these services extremely difficult, states should act as quickly as possible to ensure that victims’ rights are fully respected and protected.