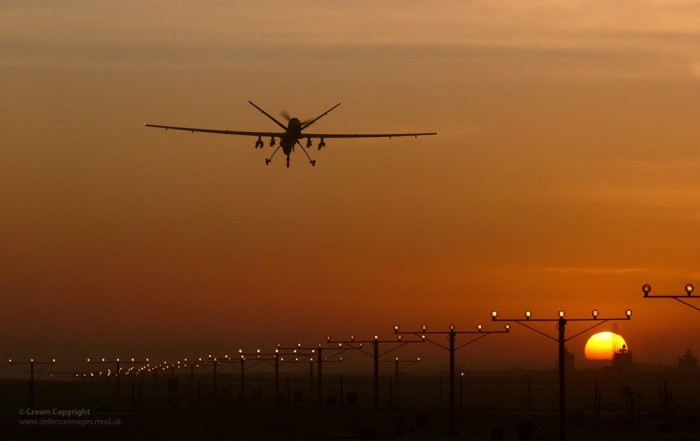 The UN Special Rapporteur on human rights and counterterrorism has called on states to launch independent investigations into drone attacks that have lead to civilian casualties.

In his latest report for the UN Human Rights Council, Ben Emmerson concludes that whenever any reliable sources indicate that there “have been, or appear to have been, civilian casualties that were not anticipated when the attack was planned, the State responsible is under an obligation to conduct a prompt, independent and impartial fact-finding inquiry and to provide a detailed public explanation of the results.”

In his analysis of 37 strikes that occurred between 2006 and 2013, the Special Rapporteur identifies 30 “in which there is a plausible indication that civilians were killed or sustained life- threatening injuries, or in which civilian lives were put at immediate risk”. However, Emmerson emphasises that this list is intended to be illustrative rather than exhaustive and that the actual number of inquiries needed could be much greater.

Out of the 30 strikes Emmerson details in his report, eight occurred during operations in Afghanistan, seven in Pakistan, seven in Gaza, six in Yemen and two in Somalia. Only the strikes on Afghan soil were conducted within the remits of an active war zone, while all other targeted killings were executed in covert operations.

Emmerson’s report calls upon the states responsible for incidents mentioned in his report to disclose the results of any fact-finding inquiries, but also to explain why no such inquiries have been made. The report also requests that states where strikes took place should provide as much information as possible in connection with the attacks.

One of the incidents Emmerson highlights involved a UK-controlled drone that fired at two vehicles in Afghanistan’s Helmand Province in 2011. The strike reportedly killed two combatants and four civilians – two women and two children – and seriously injured two more civilians. Reports suggest that both combatants travelled in the first vehicle, while the four civilians were in the following car. An investigation by the ISAF Joint Incident Assessment Team concluded that the operation had been conducted in accordance with the applicable rules of engagement. However, the results of the investigation have never been published.

In a further attack, a US-operated drone reportedly fired precision-guided munitions at a religious seminary in the Federally Administered Tribal Areas (FATA) of Pakistan in 2006. Up to 80 people were killed instantly and two more died later from their injures. 69 of the dead were reported to be children, and 16 of these were under the age of 13.

The most prominent case in the report is the US strike that targeted a wedding convoy in Yemen in late 2013, in which at least 12 people were killed and at least 10 sustained injuries – including the bride. Some signs point at Al Qaeda members being among the dead, but the majority of victims was reported to be civilians. A more detailed analysis by Human Rights Watch questions whether this attack conformed to President Barack Obama’s targeted killing policy, particularly the criterion that requires “near certainty” that no civilians would be harmed in such an attack.

So far, neither the UK nor the US have declassified or published details on their use of drones outside recognised conflict zones, which creates a major gap both in terms of transparency and accountability. Consequently – and in addition to his call for independent inquiries into drone strikes – Emmerson calls upon states to fulfill their international legal obligations by publishing the results of their own inquiries into the 30 strikes mentioned in his report.

“Extrajudicial killings with drones are shrouded in secrecy,” said Jacob Parakilas, AOAV’s Head of Weapons. “Ben Emmerson’s work continues to be essential in lifting that veil of secrecy and allowing us to clearly see the harms caused by such attacks.”

The 21-page report further notes the dramatic decrease in strikes in Pakistan but raises concerns over the increase in Afghanistan and Yemen.

Earlier this month, the European Parliament passed a resolution opposing the practice of extrajudicial killings. It demands that states refrain from perpetrating unlawful targeted killings or facilitating such actions by other states.