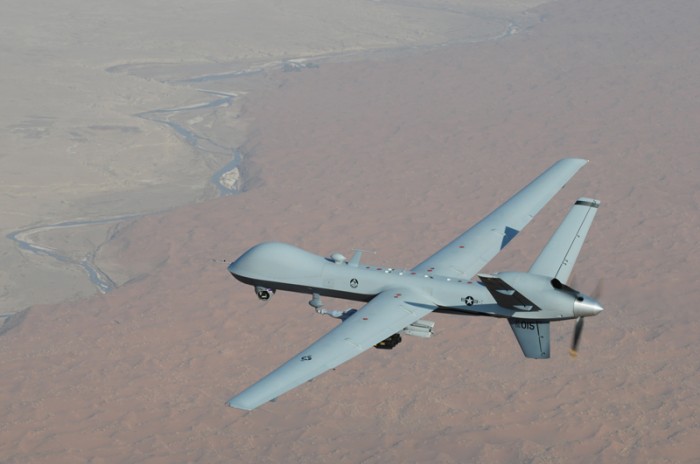 In a landslide vote, the European Parliament today passed a resolution opposing the practice of extrajudicial killings. It demands that states refrain from perpetrating unlawful targeted killings or facilitating such actions by other states.

By a margin of 534 to 49, Members of the European Parliament acknowledged civil society’s grave concerns over the use of armed drones outside the framework of international law. The resolution calls on the High Representative for Foreign Affairs and Security Policy, the 28 member states of the EU and the European Council to set up appropriate policies that uphold international humanitarian and human rights law.

It urges members of the European Union to promote an increase in transparency and accountability on the part of third countries in their use of armed drones. It additionally requests that states encourage the implementation of judicial review processes into drone strikes, as well as effective access to remedies for victims of unlawful attacks.

The motion also expresses the wish of the European Parliament to stay informed about the use of EU funding for all research and development projects into the construction of drones.

“This is a step in the right direction,” said Jacob Parakilas, Head of Weapons at AOAV. “The use of armed drones has rapidly outpaced attempts to keep them within international legal and ethical frameworks. It’s good to see the European Parliament overwhelmingly calling for a more careful, balanced approach.”

This remarkable development comes only a few weeks after a report by the United Nations Assistance Mission in Afghanistan (Unama) found drone strikes to have been responsible for at least one third of all civilian casualties in air strikes. In addition to the civilian harm caused by drone attacks in active war zones, extrajudicial targeted killings executed by the CIA are reported to have caused at least 416 – but up to 951 – civilian deaths in Pakistan alone, with further casualties in Yemen and Somalia.

In further good news for disarmament campaigners, the resolution also gives a brief but important nod to fully autonomous weapons and calls for a ban on the development, production and use of these systems that enable strikes to be carried out without human intervention. This comes less than one year after the launch of the Campaign to Stop Killer Robots, of which AOAV is a member.