This month there were more than 3,000 casualties of explosive violence (people killed and injured). Civilians made up 84% of all the people who were recorded killed or injured around the world by explosive weapons.

This month’s updated can be seen here 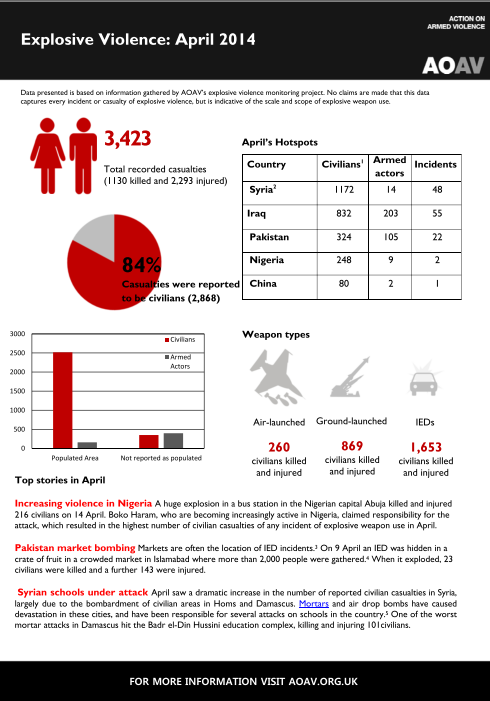 [2] The number of casualties from explosive violence in Syria is significantly under-reported, owing to the nature of news-source reporting from the conflict. More than half of the incidents in Syria over the whole of 2013 were reported without any information on civilian injuries (52%) while less than a quarter (23%) of incidents in Iraq had no reported civilian injuries.