Emerging and worsening crises in Gaza, Ukraine, Iraq and Nigeria among others all contributed to July being the worst month on record for explosive violence casualties. In July AOAV recorded more than 6,000 casualties from explosive violence, 83% of whom were civilians.

This month’s update can be read here: 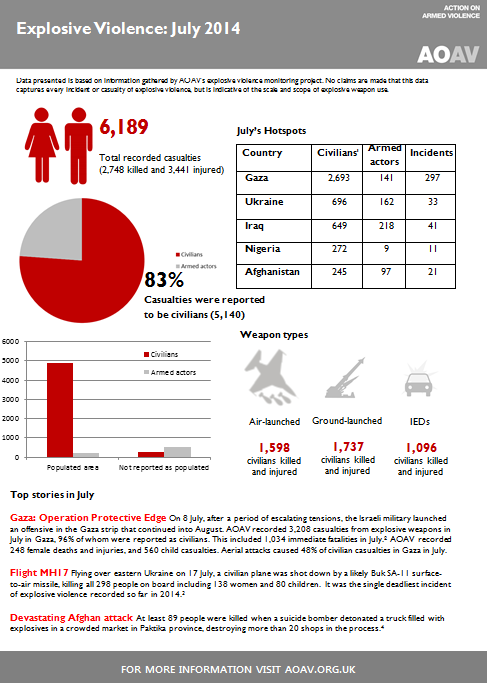 [2] Higher totals reported by UNHCR and civil society organisations on the ground in Gaza during July were also able to take into account people who were killed or injured by small arms, as well as people who were reported to have succumbed to their injuries days or weeks after the initial incident. Many of these casualties could be not be included under AOAV’s methodology.