This month there were more than 4,000 casualties of explosive violence (people killed and injured). Civilians made up 76% of all the people who were recorded killed or injured around the world by explosive weapons.

This month’s update can be seen here: 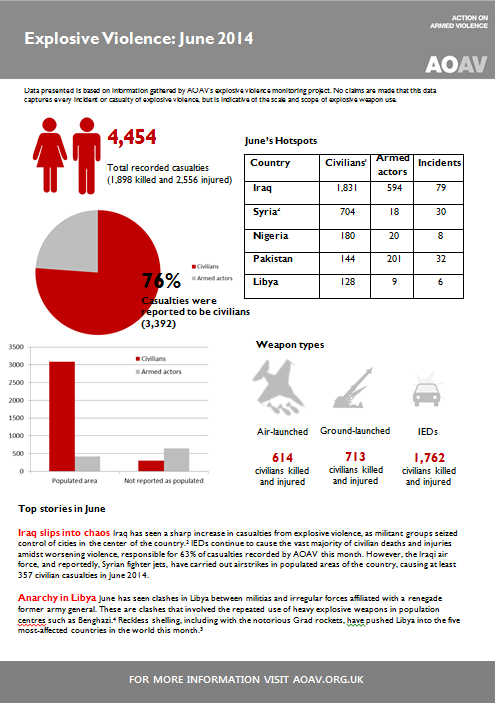