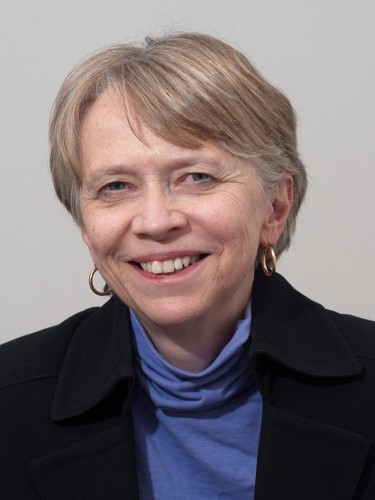 Miriam Pemberton is a Research Fellow at the Institute for Policy Studies, writing and speaking on demilitarization issues for its Foreign Policy In Focus project. AOAV met her to talk about her work.

AOAV: What’s your main focus of interest in terms of your research?

Miriam Pemberton: Demilitarisation of the economy. We’re at the beginning of the first defence downsizing since the end of the Cold War.  And it’s driven by two things.  One, we’re finally winding down these two wars we’ve been fighting since the beginning of the century.  And the other thing is this obsession with austerity, this austerity paradigm that has been gripping American politics in the recent past.  The austerity paradigm is wrong, and needs to be opposed.

AOAV: Can you give me an idea of what percentage of the entire governmental spend is spent on defence in the US?

Pemberton: One definition of the ‘budget’ is that spending that Congress votes on every year.  That’s what we call the discretionary budget, of which 57% is for the military.  However, if you define the budget as including mandatory spending on Social Security and Medicare and so on, then it’s a smaller percentage – it’s about 20%. But that’s still a large piece.

AOAV: What are the negative outcomes of American spending on its defence and its intimate links with politics?

Pemberton: It’s preventing us from bringing down the military budget, and it’s creating pressure for more cuts on the domestic side of the budget.  We commissioned a study a few years ago showing that a billion dollars, if invested in the military, would create about 11,000 jobs.  If you put that same amount of money into clean energy, it would generate about 17,000 jobs.  In education, about 26,000 jobs. The kinds of spending that actually do improve the productivity of the economy as a whole are things like education and healthcare and infrastructure.

AOAV: Tell me more about your direct focus.

Pemberton: I focus on a comprehensive strategy for defence transition assistance. The most important element is a fiscal shift.  Sequestration alone, cutting the defence budget, is not going to solve the problem.  What you really need to do is shift that money to invest in things that will create economic activity in the civilian sector. The mission should be creating an environmentally sustainable economy.  Investing in clean energy and transportation, infrastructure: these are big projects.  There’ll be enough to attract defence contractors.  And they – like anybody else, they follow the money.  So if there’s more money over here for building, a smart grid, a high-speed rail network, they’ll go and follow it.

AOAV: How are your efforts affected by lobbying and cabalistic relationships?

Pemberton: I call it a political protection racket.  So the contractors have gotten much better in the last decade in what they were already quite good at, which was spreading contracts into every congressional district – although when you look more closely – it could be a tiny contract, but that is inflated to suggest that this community is completely dependent on this defence contract, which isn’t so much the case.

AOAV: And this is a wilful exercise?

Pemberton: Absolutely. The strongest, largest lobbying group is called the Aerospace Industries Association. They tried to defeat sequestration the first time around by openly saying, “We are necessary to the economy.  We have contracts everywhere.”  Probably the single best example is Buck McKeon, who’s head of the House Armed Services Committee – his campaigns are funded by the defence industry, and he simply never saw a weapons system he didn’t like.  So he’s the most extreme example, but there are many. It’s fought on economics, mostly.

I’m co-chair of something called the Budget Priorities Working Group, which is all the groups in town and also others around the country, a mixture of grassroots and kind of DC-focused groups.  Recently there’s been the development of the Pentagon Spending Campaign, and it is a much more complex, challenging attempt to collaborate between right and left. The libertarian persuasion is very consistent.  They want to cut all government, so they include cutting the defence budget.  And so there are people that I disagree with about pretty much everything else, except we have this piece of common ground.  And it is challenging to work across these ideological divides, but I think if we’re really going to win this fight – that effort has to be made.