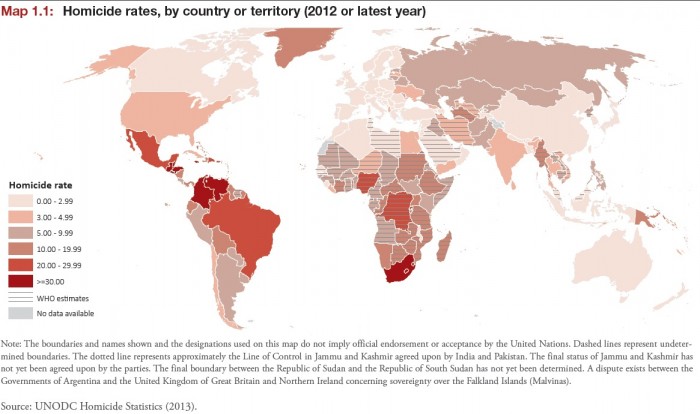 Nearly half a million people were murdered worldwide in 2012, according to a survey just released by the United Nations Office on Drugs and Crime (UNODC).

The Global Study on Homicide 2013, released on April 10, is a fascinating worldwide picture of murders. Notably, the data here refers to intentional unlawful killings outside of conflict areas, so it excludes those who died by suicide or in armed conflict along with those lawfully killed by police forces.

A few of the study’s key findings deserve particular attention: