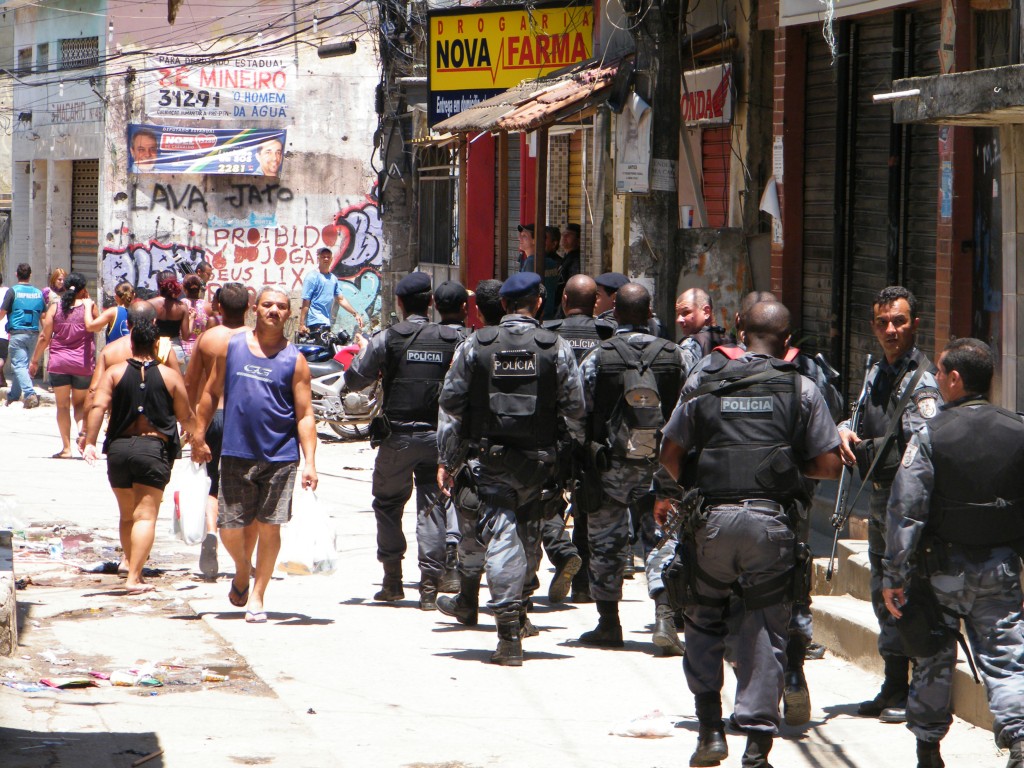 It is well established that the United States is the source of many of the weapons used by Mexican drug trafficking groups. But the proliferation of American weaponry deeper into Latin America has not received the same kind of attention. Nevertheless, American weapons – particularly larger, more powerful small arms – have become common amongst criminals in Brazil’s biggest city, Sao Paulo, according to Brazilian NGO Sou da Paz.

Their report found that 35.6% of the heaviest small arms (rifles, carbines and submachine guns) confiscated from gang members in Sao Paulo originated in the United States. The second-largest group (21%) were of Brazilian origin, and the rest were either impossible to trace (23%) or from an eclectic group of other nations, each only comprising a few percent. China and Russia barely feature on the list – a reflection, perhaps, on the longstanding links between the Brazilian government and the West.

The prevalence of US-origin arms is also notable because Brazil is home to a major domestic firearms manufacturer, Taurus. Between its large population and its high murder rate (at 18.1 per 100,000 in 2008, five times higher than the US), Brazil has the largest absolute number of annual gun homicides in the world.

A note on calibre and classification

The weapons in question are often categorised as “high calibre” weapons, but that term is slightly misleading. In firearms terms, calibre is the measurement of the size of the ammunition a weapon fires. Although there are various other determinants such as barrel length, calibre is a rough analogue for the range, accuracy and killing power of a given weapon.

A weapon’s calibre is generally shortened to the first aspect, diameter – so a 9mm pistol fires a bullet nine millimetres across. But in reality, the power of a bullet depends not only on its width but on the length of its cartridge (which contains the propellant). That “low calibre” 9mm bullet may be wider than the “high calibre” 5.56mm bullet fired by a military-issue M-16 rifle, but the latter’s greater length and better aerodynamics gives it much higher speed and kinetic energy. That velocity, in practical terms, converts to greater range and accuracy – and ultimately to greater lethality.

As a result, many countries – including Brazil – place legal limitations on the civilian ownership of weapons chambered in specific calibres. In Brazil’s case, civilians are restricted to relatively low-velocity ammunition – and they are permitted to purchase only a relatively small amount of ammunition per weapon per year (50 rounds, in most cases). Exceptions exist for collectors, sports shooters and hunters, but all are strictly controlled by Brazilian federal authorities. Weapons firing the permitted calibres are still more than capable of killing or maiming, of course – but much less efficiently.

But high calibre weapons come at a very literal cost. Whereas Sou da Paz’s previous reporting found that a simple, low calibre revolver might cost about $150 USD, a rifle costs something on the order of $8000. Furthermore, ammunition in banned calibres is more expensive and rare, which is a particular problem for weapons capable of automatic fire.

So why would criminals want such weapons? The short answer is that they are very useful for certain applications. Certainly, the vast majority of gun murders in Brazil – as in most other countries outside of war zones – are carried out with simple, cheap handguns. Such weapons are cheap to purchase, easy to conceal and entirely lethal. They can also be disposed of after an attack without losing a massive financial investment. For most illegitimate purposes, ranging from intimidation to armed robbery to murder, handguns are entirely adequate.

But heavier arms allow gangs to undertake higher-risk, higher-reward operations. Bank robberies, raids on prisons, confrontations with the heavily-armed Brazilian federal police (who occasionally call the military in to assist them) and attacks against rival gangs become possibilities rather than suicide missions. Furthermore, such weaponry is inherently intimidating – hence the number of insurgent, guerrilla and terrorist propaganda worldwide in which the central prop is a submachine gun or assault rifle.  These weapons may be rare, but their capacity to kill rapidly, at great distance and through cover means that when they are used, the results are devastating.

The United States never developed a single weapon as widely adopted as the Soviet Union’s AK-47 (whose inventor, Mikhail Kalashnikov, recently passed away, though not without expressing his doubts over the ways in which his design was used). But as a centre for the design, construction, modification and export of a much more diverse range of powerful small arms, it has no equals in the world today.

The profusion of illegal rifles and submachine guns in Brazil should certainly be noted by policymakers in Brasilia. But the preponderance of “Made in the USA” stamps on those weapons should be noted equally by those in Washington, DC.