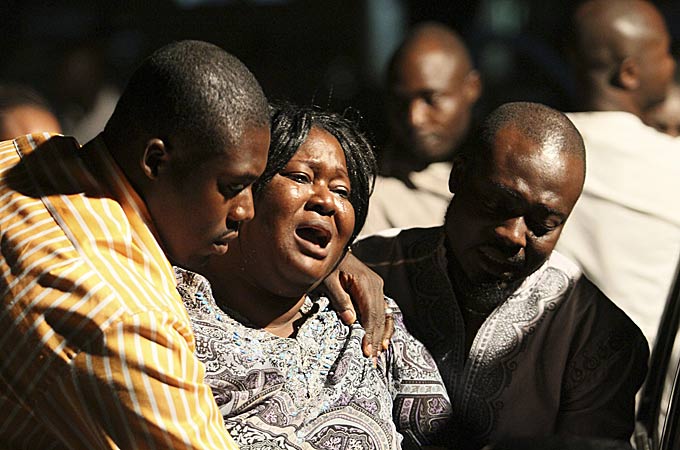 Bombings of markets like the one in Abuja on 31 December 2010 have effects far beyond people directly killed or injured.

A village in Nigeria has had its only drinkable water supply contaminated after a deadly suicide bomb attack.

Mallam Muhammad Mus, an elder in Molai village in Borno state, showed a local journalist the well where body parts had landed after a bomb attack on Tuesday

“As you can see, we can drink no more for it even though a government official told us that Governor Kashim Shettima will soon visit us.”

Twenty-one people were reportedly killed in the attack, many of them civilians, when suicide bombers attempted to drive vehicles filled with explosives into a checkpoint in troubled northeastern Nigeria.

Action on Armed Violence records casualties from IED attacks based on reports in English-language media reports.

Tuesday’s attack follows a drop in the number of civilian casualties caused by IEDs in Nigeria last year. Casualties fell from over a thousand in 2012 to just over 150 in 2013.

However, this year has seen a return of large IED attacks killing and injuring civilians. In the first three months of 2014 AOAV has already recorded five IED attacks in Nigeria, which killed and injured 183 civilians, more than the entirety of 2013.

These casualties are only part of the story. The horrific details emerging following the Molai bombing illustrate the wide-ranging effects which IED incidents can have. Although most of the focus in the aftermath is focused on those directly killed or injured by the blast, many more people are harmed indirectly. This can be through damage and destruction of people’s homes and infrastructure, or it can be through losing a loved one and irreparably changing social structures.

Markets are a frequent target of these attacks. In the first three months of this year AOAV has already recorded three IED attacks in markets in Nigeria killing and injuring a combined 150 civilians. Alongside those directly affected, many more people will suffer economically through damage to their shops and stalls as well as having to deal with customers reluctant to return to the site of such an attack.

AOAV is working to better document the wide-ranging and indirect effects of IED attacks. Read more about our work here.