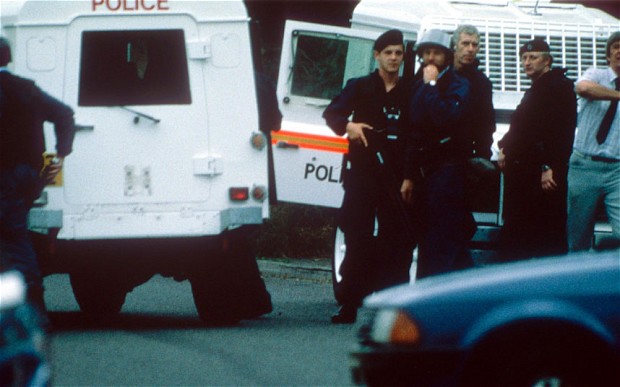 Weapons: Beretta 9mm pistol (34 shots), Chinese Type-56 semi-automatic rifle (84)[1], Underwood .30 Rifle (1) – all owned legally by Ryan. Ryan had been in possession of shotgun and firearms certificates since 1978 and 1986 respectively. He purchased three shotguns and five firearms legally between December 1986 and August 1987.

The shooter began his killing spree in Wiltshire where he murdered one woman and shot at a cashier in a petrol station. He then drove home, set his house alight, and fired into his car when it would not start. He continued shooting in the immediate vicinity of his home, killing people, including his mother, while they drove in their cars or took cover in their houses. The shooter killed the first policeman who arrived on the scene and shot at ambulances and fire engines. He was wearing a bullet resistant waistcoat that protected him from all but the most powerful weapons owned by the police force. The shooter then entered a school, where he had previously been a student, and shot himself after a stand-off with police[2]. 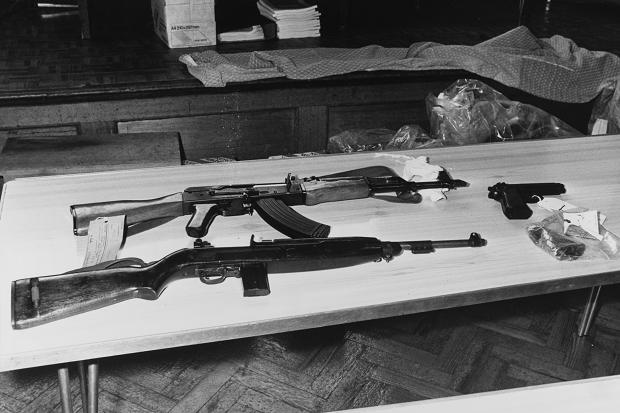 At the time of the incident, the Firearms Act 1982 was in force, which had amended the 1968 Act to extend to imitation firearms[3]. The law provided for the regulation of firearms and ammunition at four levels, according to the perceived danger posed by the weapon in question – no certificate was required for ownership of air guns and blank cartridges, for example. The Act required a shotgun or firearms certificate in order to possess weapons that fell under either category as stipulated by the law. The fourth level prohibited certain specified weapons entirely. A Green Paper proposing far more restrictive controls than in the 1968 Act had been drafted by the government in 1972, but was abandoned after meeting widespread opposition[4].

Firearm and shotgun certificates were granted if the police were satisfied that the applicant had “good reason for having [it] in his possession… and can be permitted to have it in his possession without danger to the public safety or to the peace”. The certificate was required to stipulate the types of ammunition, and the number and details of the firearms for which it was held, the number and types of firearm that may be purchased and held, and any conditions that may have been applied.

Ryan, who was described as a firearm obsessive, was able to legally purchase the semi-automatic rifles and handgun from a UK dealer, by virtue of the certificates he held and his membership at two local gun clubs[5]. His certificate was conditioned so that he could only use the weapons on approved ranges.

The right to possess firearms is not guaranteed by UK law.

The incident was, at the time, the most deadly mass murder in British history, and due to its magnitude was the first crime of its kind in the UK. As a result, much attention was paid to the background and mental health of the perpetrator, the specifics of gun regulation and the British tradition of unarmed police officers.

The Conservative government, reacting to public opinion, passed the Firearms (Amendment) Act 1988 as a direct result of the incident. In the aftermath of the massacre, certain weapons were moved into the prohibited class of weapons.

Law after the shooting:

Under the Firearms Act 1988, semi-automatic and pump-action rifles and shotguns were banned, except those chambered for .22 ammunition. The Act also prohibited more dangerous forms of ammunition such as that which explodes or contains noxious substances[6]. Shotguns with barrels of 24 inches or longer required a firearms certificate.

Prohibited firearms could be deactivated and therefore no longer fall within the scope of the 1988 Act. To combat this, more rigorous de-activation standards were introduced in the mid-1990s, as methods of re-activation became more sophisticated[7].

[1] The official report commissioned by the Home Secretary lists the weapon as a Kalashnikov, this was later confirmed to be an error.