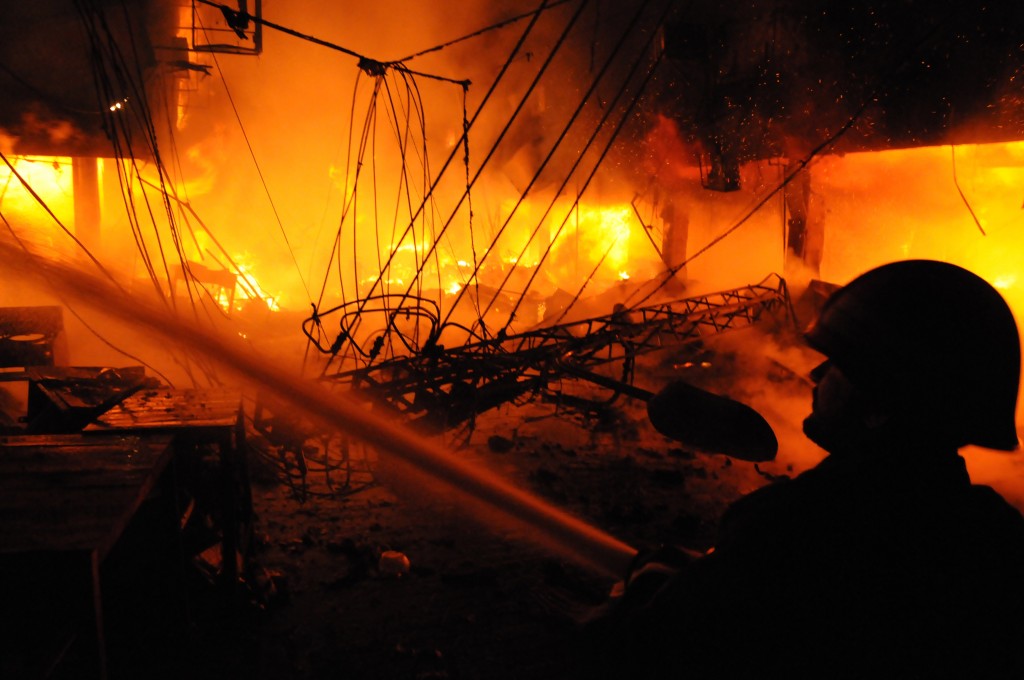 The aftermath of the December 2009 Moon Market bombing in Lahore. (Murtaza Ali)

Aitizaz Hassan Bangash, the teenage boy who died whilst preventing a suicide bomber from attacking his school, is today being hailed as a hero.Monday’s bombing occurred in North West Pakistan and is part of a wider pattern of Improvised Explosive Devices (IED) attacks which frequently kill and injure large numbers of civilians.

Aitizaz became suspicious when the bomber, wearing school uniform, asked for directions to his school. In the ensuing scuffle the bomber detonated the device killing himself and Aitizaz. It was reported that around 2,000 students attend the school in Khyber Pakhtunkhwa and had the bomber been successful there would have been many more deaths and injuries.

His  father told the Express Tribune: “My son made his mother cry, but saved hundreds of mothers from crying for their children.”

On Thursday, Chaudhry Aslam, one of Pakistan’s senior police officers and head of Karachi’s anti-terrorism operations, was killed in a bomb attack on his convoy. The Pakistani Taliban claimed responsibility for the blast which killed at least two other police officers.

Over recent years Pakistan has been particularly badly affected by suicide bomb attacks. AOAV has been collecting data on the global casualties of IED attacks and suicide bombings by monitoring English-language media reports.

+ In the first six months of 2013 AOAV recorded 16 suicide bomb attacks in Pakistan, killing and injuring a reported 561 civilians. This is a substantial increase from the same period in 2012 when 280 civilians were killed and injured by 10 suicide bombings in Pakistan.

+ Bombings and grenade attacks have taken place in schools across Pakistan with 18 attacks causing casualties recorded between 2011 and the end of June 2013.

Suicide bombings in Pakistan are part of a broader global problem of IED attacks causing large numbers of civilian casualties.

+ Suicide bombings were particularly deadly with an average of 23 civilians killed or injured in each attack- double the average recorded for other IED types like those detonated by remote-control or by a timer.