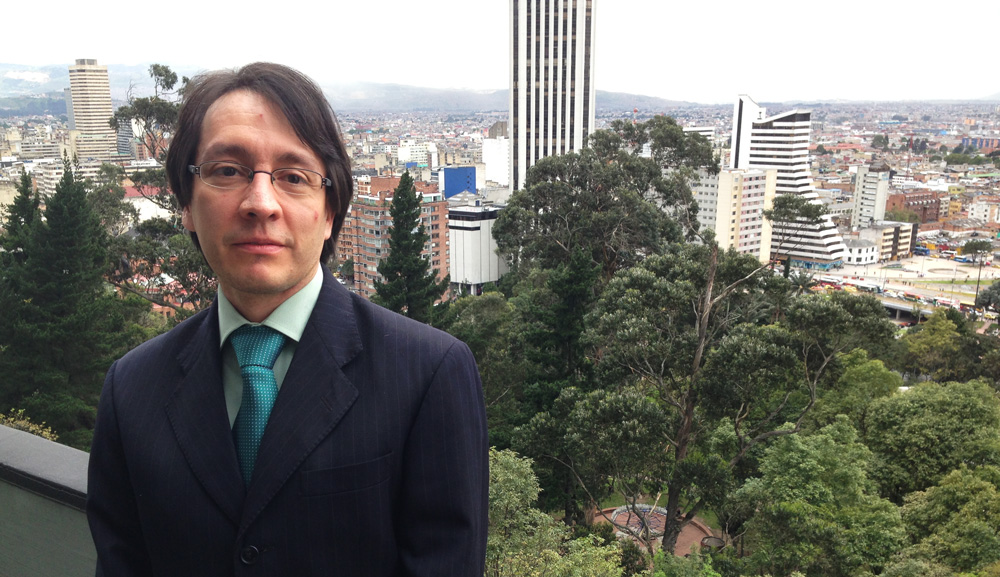 Dr. Carlos Andres Fandino works at the CISALVA Institute of Valle University in Colombia, where he is also a professor at the Public Health School. The CISALVA research institute looks at violence outside of armed conflict, health and Pacific coexistence.

AOAV: Concretely, what do you do at Valle University?

Dr. Carlos Andres Fandino: One of our current projects looks into information systems and the collection of data on violence and victims of violence. We also research homicides and other kinds of deaths from different types of violence, while another project is related to indicators of violence.

There are different definitions for indicators of violence, homicides and crime in several Latin American countries and we are working to harmonise all of these.

We also have crime and violence observatories, monitoring violence and crime in cities. The idea is for each of the municipalities to develop and implement an information system to collect good and current data on violence. This information can then be used to change policies and to implement new strategies and programmes.

AOAV: Do you produce your own data or do you use other sources?

CAF: Most of the time we use secondary data. Official institutions, for example the mayor’s office or the secretary of the Ministry of the Interior, are collecting the information and we are using these statistics for our reports and analyses.

But in some cases we are conducting surveys ourselves, for example on violence, victimisation or Pacific coexistence.

AOAV: Do you have examples in which the data you have collected has been used by the government or by other institutions to inform policies or to reduce violence?

CAF: We plan to use the data collected by crime observatories continuously to change the situation in Latin America and to control violence in each municipality. We are currently teaching staff in various municipalities in how to collect, manage and use data.

There are now several observatories in cities, for example Pasto, in the South West of Colombia, that have good observatories. They are using data from the forensic office but also from hospitals because they have programmes related to injuries from violence.

AOAV: Do you collaborate with other Universities in the region or in Colombia?

CAF: No, not directly with Universities. Primarily, we want to sustain relationships with the Ministry of the Interior and the National Statistical Office. They are in charge of the project but the idea is to have a local University support their analyses of the situation and the data. That is what is already happening in several other Latin American countries, like Uruguay, Peru or Mexico.

AOAV: Colombia is the only country in the region that is facing an ongoing conflict. Do you collected data separately? For example, are homicides due to crime separated from deaths due to the conflict?

CAF: The National Office of Statistics, the National Police and forensics offices has information about the context of homicides. It is important to have a total figure for homicides but also to break them down into several categories to have a good idea of what is exactly happening in the region.

AOAV: Does data and information on victims play an important role in the way victims are recognised by the law and the reparations they receive? What role does data play in these discussions about victims’ law?

CAF: Information about victims needs to be improved a lot, but we also need to pay more attention to the needs of victims. It is easier to start looking at deaths, because countries have more information on homicides, suicides and mortality in road traffic accidents. But we need to increase the amount of available information on all problematic issues and the topic of victims is very, very important.