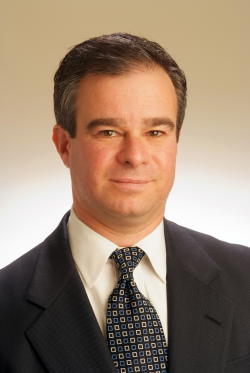 AOAV: So tell me a little bit about the [Coalition to Stop Gun Violence], its genesis and its specific aims.

Josh Horowitz: The coalition was formed in 1974.  In 1978 we added our educational fund, which is our C-3 component.  And the C-4 coalition is known as one of the most aggressive advocates for gun violence prevention policy in the United States.  We advocate for good laws, we advocate for good politicians; we also want to make sure that what we call the “gun bullies,” the people who try to throw their weight around and the power of their armed insurrectionist ideas, are challenged.

AOAV: In terms of specific changes that you’re trying to lobby for, could you quickly outline what they entail?

JH: The organization that does most of our lobbying is the Coalition to Stop Gun Violence. Our number one goal right now is background checks… [A]lmost all industrialized countries have a comprehensive background check system; we don’t.

AOAV: And what’s the failure in the States in terms of background checks?

We also need to look at – we’re concerned about – the reason you do a background check is to make sure that dangerous people don’t get guns.  But we don’t have the information about who’s dangerous in the system.  Right now you have ten federal categories.  You have groups like felons, you have people who’ve been involuntarily committed to a mental institution, but what you don’t have is people – there’s lots of categories of people who have committed violent misdemeanors in the United States, like, there’s lots of gun misdemeanors that don’t end up in a – being a prohibitory nature in our background check system.

AOAV: Is that a failing needing an extension of the law, or just an enforcement of existing law, or both?

AOAV: And have you done any research on the linking between a lack of background checks and the instance of armed violence?

If you look at the states that have these types of laws – take New York or Massachusetts, Connecticut or Hawaii – those states produce very few crime guns.  States that have – that end up in crimes.  So when you look at where guns are coming from that are used in crime in New York, very few originate in New York.  They originate in other places.  And that’s because if you sell a gun – if you’re a legal purchaser and you sell that gun later to a criminal or without a background check, there are consequences.

AOAV: Now, of the Second Amendment — as far as I understand it, constitutes for a well-regulated militia.  And this obviously seems to be an element of the regulation, the background check.  How can this not gain strong political traction across all states?  What’s the blowback you’re getting for this?

JH: I think that the vast majority of the American people — upwards of 90%, and 80% of gun owners – are fully supportive of the background check.

What’s really interesting is that in the states around the country, we’re starting to make a lot of progress.  So this year we passed background-check legislation and reforms in a whole group of states, including – you just walk down the East Coast, but you can talk about New York, Connecticut, Maryland, Delaware – and then you can move to Colorado, California; even some unlikely places have made some nice changes, like Florida.  You know, they’re small, but they’re saying, look, we’ve got too many people, too many dangerous hands getting their hands on guns.  So there are states across the spectrum who are really now starting to say, OK, you know – everybody knows we’re not taking everybody’s guns away.  So how are we going to make this system safer? And you know, there – if you look at what’s going on in the States, it’s pretty obvious that this movement has started moving in the right direction.

AOAV: And why has that been the sea change?

JH: It’s easy to go back and say, well, it was Newtown, but that was to me just sort of the sad coda on a terrible couple of years.  It really started at Virginia Tech. And you know, we’ve had these day after – like, literally month after month of massacres.  And punctuated by some very high-profile massacres.  And the daily drumbeat of gun violence in this country keeps on going.  I mean, just yesterday there was another school shooting, and you know, that was – two students and a teacher were killed.  And two teachers at – I’m sorry.

JH: I think people are really, really sick of it.  And I think they’ve stopped – I think we’re breaking down the dichotomy between, you know, either – the gun lobby wants us to believe it’s either everybody has guns all the time or they’re all gone.  But that’s just not the way it is. You can have a gun in the home for self-defense, as the Supreme Court has said is OK.  That doesn’t mean we need to make it easier for criminals to get guns.  Those things aren’t mutually exclusive. And I think people are starting to sort of wise up.  And one of the other things is that as the polling data got more sophisticated – people were just asking the question “Do you support gun regulations?”  Well, in the United States no one supports regulation.  But when you ask “Do you support background checks?  Do you support better dealer regulation?  Do you support keeping guns out of the hands of violent individuals?”  When you ask those types of questions then you can start to see that there’s actually a pretty strong support for gun violence prevention in America.