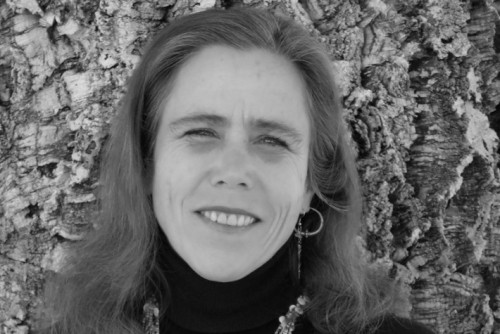 AOAV: [Would] you say that small arms and guns have been a constant backdrop to your view of Latin American politics and immigration?

Molly Molloy: I believe that, in terms of the numbers of guns in Mexico now, many of them have kind of an origin in the United States, but not a recent origin.  They come from the United States, going back 25 years to the Nicaraguan Contra war and to the military campaigns in El Salvador and Guatemala – mostly funded by the US. And I really believe that a lot of the guns that are on the black market these days that turn up in the hands of criminal organizations  all over the hemisphere, and certainly in El Salvador and in Mexico nowadays, are remnants of that period.  In other words, they’re guns that were shipped into these places legitimately and then got into the hands of criminal groups through military deserters and these illicit groups of fighters like the group of Guatemalan soldiers that supposedly became the Zetas.

The other thing in terms of the guns currently in Mexico: to my understanding, one thing that’s never really been investigated, because Mexico won’t allow it to be investigated, are the guns that come from deserters from the Mexican army.

I think that there are certainly criminal connections between various people and operations within the Mexican military that would get the guns from the military, the legitimate guns in Mexico into the hands of the criminal groups.  The idea that the Mexican military is not corrupted by the drug trafficking organizations is naïve.  They are, and they have been for a very long time.  So while there are certainly guns that come – that are purchased in US gun stores, civilian-type guns that then are smuggled into Mexico through the normal criminal routes as well as these idiotic programs like the notorious “Fast and Furious” program that was some sort of game played by the US government.

Q: Is there a major problem with transparency in the Mexican government?

A: They are not transparent at all.  And that’s one of the big problems, because the coverage of this whole conflict, and especially what I call the “hyper-violent” parts of it in Mexico that began in 2006, 2007 with President Calderón, has been really misreported in – certainly in the US press, and in other press around the world, that the Mexican army are the uncorruptible, that they’re fighting the drug cartels, that they are protecting the Mexican public. [The] hyper-violence in Juárez really got out of control after the Mexican army came in. In 2007, the total number of people killed in the city was about 300, 320, something like that.  All of a sudden in January of 2008, there were more than 40 people killed.  February, I think, there was like 49.  In March 2008, the death toll – the murder toll went up to 117: three people per day, basically.  That was absolutely unheard-of in Juárez. And the Mexican army officially came into the fight at the very end of March 2008.

Q: What have the violence levels peaked at?

A: The peak of the violence in Ciudad Juárez was in October of 2010.  And in that month there were about 359 murders in one month.  In other words, in that month, it was more than ten people per day.  There was an incredible number of killings.

Q: And what proportion of these are civilians as opposed to Mexican military?

A: Oh, almost none are Mexican military – at least, none that are reported.  They’re all civilians. You will see people saying that only a few civilians have been killed.  Calderón himself said it. And that was his line pretty much for his whole administration, that these are just criminals killing each other. So what happened is that by the fact that these people were killed, they were automatically converted into criminals, whether there was any evidence that they were criminals or not.  Sandra Rodriguez, a reporter for El Diario for several years, did a study of homicide case files that were opened in Juárez between 2010 and 2011. Through the Mexican Freedom of Information Act she got about 3,000 homicide case files.  And one of the things she discovered is that of the 3,000 case files she examined, guns were found near the bodies of the victims in only 2% of the cases. And so you can interpret that various ways, but it seems to be saying that the people being killed were not armed when they were killed, else there would have been a gun there.

Q: So this level of violence that is obviously happening in a relatively confined geographical area. What would you say has been the societal impact?

A: Well, in Juárez during the time period it was just huge.  There were reports that started coming out around the middle of 2009, after the first year of the hyper-violence, that 25% of the housing in the city had been abandoned. The people just basically locked their doors and left.  Many of the prosperous businesses – restaurants, bars – if those people could, they moved right across the river to El Paso. It was estimated during 2009 and 2010 that something in the neighborhood of 200,000 people had left Juárez, and about 50,000 had gone to El Paso.

Q: [Did] you see a rise or a shift in the types of violence, in terms of the levels of extreme violence, and the messages that were being sent out?

A: I know for a fact the biggest mass killing that took place – the first one; I shouldn’t say the biggest, because it wasn’t.  It was the first mass killing of this time period that took place in August of 2008.  And this was at one of the rehab centers, where a group of gunmen burst in and killed eight or nine people. They killed them during a church service, during a prayer meeting. This young woman was preaching when the men burst in and did all the shooting, and I think nine people died there.

Q: What was the single most violent year?

A: The 17 at one of the drug rehab centers was probably the biggest mass shooting.  There was another mass shooting in October of 2010, that same month of the highest number of dead, in which 15 people were killed at a house party, a family gathering.

Q: In terms of the view, now, of Juárez, in terms of both the national and the international response to Juárez, which has now become synonymous in some people’s eyes as a hugely violent place, just like San Pedro Sula in Honduras – do you have any thoughts on what that has done to the communities, what that has done to society?

A: Well, it’s certainly been traumatic.  I don’t think it was ever overly presented.  To be honest, I think most of the media accounts have underrepresented how violent it really was.  Now, it definitely is not that violent now.

Q:  So why do you believe there’s been a decrease?

A: I think that a lot of people that were active in the gangs, especially the street gangs that did some of the domestic distribution and trafficking of the drugs, have been killed.  It was literally a kind of situation where these people were hunted down and killed.

[There’s] this thing out there in the public health literature called the epidemic curve, and it looks just like that.  And when an epidemic of a disease, like the flu – influenza – or AIDS or measles, name your disease, especially a contagious disease, when it strikes in a population, it rises very quickly, because no one has immunity, and so it goes up and up, and a lot of people get killed.  And then as it – as the disease moves through – as time goes along, more people develop immunity to the disease, and then the curve drops off as less people die.  And then it generally levels out, but it levels out at a level that’s higher than where it starts, and it becomes what they call “endemic”.  In other words, it’s not an epidemic anymore, it’s not killing lots of people quickly, but it’s still there, and people still catch the disease and die from it.  I think in some ways, violence acts like that in a society.  And I think that that’s a figurative explanation.

So if you’re looking at this figuratively or illustratively, as I’m thinking about Juárez, has the society developed immunities to the violence?  What would immunities be?  And I think they would be good schools for children, teenagers especially.  They would be jobs that pay a living wage.  They would be the kinds of things that would make the society stronger — civil society organizations that would help the society to become stronger.  And I think there has been some of that happening in Juárez because of the reactions to the violence, because of the desire among civil society to stop this from happening.  I think there’s been some really good efforts.

I don’t believe that at the foundation, the society is immune.  Because the economic system has not changed.  The factories still pay terrible wages.  Many, many jobs have been lost, and actually, the jobs in the maquiladora industry now are even worse than they used to be, because a lot of the people are now contracting – contract workers.   They’re not employed officially by the company that runs the factory, but there’s a labor contractor in the middle that doesn’t provide any benefits at all for these people.