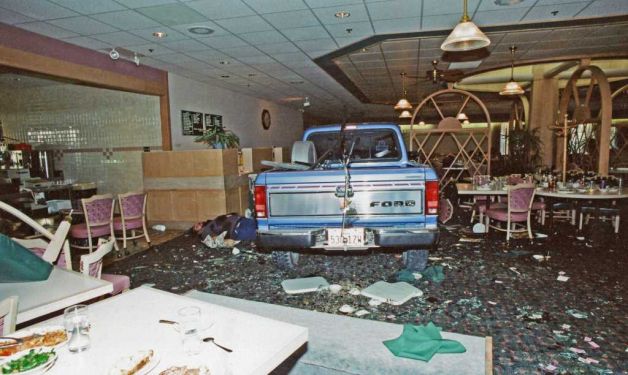 In the deadliest non-school shooting in American history, a man shot and killed 23 individuals in a small town in Texas, injuring a further 20, before committing suicide.  The gunman drove his pickup truck through the front window of a café in Killeen, Texas, before proceeding to shoot individuals in the café. The man was described as possessing an intense dislike for women, and appeared to target women over men during the 15 minute long massacre. Of the 23 victims, 14 were women, as were many of those who were injured but survived. The shooting eventually ended when the gunman was injured by police shooting, then committed suicide. He used two different firearms during the shooting, a 9 mm Glock 17 pistol, and a 9mm Ruger P89 semi-automatic pistol, and he was found to have ammunition remaining after his suicide. The shooter had legally purchased the weapons in Henderson, Nevada, in February 1991. 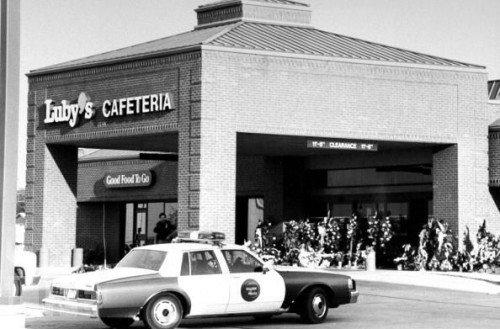 Hennard purchased the firearms used in the mass shooting legally in Henderson, Nevada.  Federal law at that point only prohibited the purchase of firearms by people who had been committed to a mental health facility under court order. So, although Hennard had a history of mental illness, he had never been committed to such a facility, and therefore was able to purchase firearms legally.

Federal laws governing the commerce in and possession of firearms at the time were the National Firearms Act of 1934 and the Gun Control Act of 1968. At the time of the shooting, while owning guns was legal, under the Act to Regulate the Keeping and Bearing of Deadly Weapons, Law of April 12, 1871, individuals to carry handguns in Texas, openly or concealed. Guns were, however, allowed to be kept in vehicles.

In Texas, at the time of the shooting, it was illegal for private citizens to ‘conceal carry’ firearms.

After the shooting, there was a strong push to allow private citizens to carry concealed weapons. Suzanna Gratia, who was in the café during the shooting, had followed the law at the time and left her handgun in her car. She survived the shootings but her parents were killed. Afterwards, she claimed that she could have stopped the shooter if she had had her handgun in her bag. She became a staunch advocate for the introduction of concealed carry firearms, and the concealed weapons bill was signed by then Texas Governor George W. Bush in 1995. The Texas Legislature passed a shall-issue gun law, requiring that all applicants who qualify for one be issued a Concealed Handgun License (CHL), allowing them to carry concealed weapons.  This removed the personal discretion of the issuing authority to deny licences.

The concealed carry laws have developed over the years, and now in Texas a person may carry a handgun legally without a Texas Concealed Handgun License in places including their residence and their motor vehicle, although such weapons must be stored out of the reach of children under the age of 17.

Texas allows concealed handguns to be legally carried with a CHL issued by Texas or a state which Texas recognises. Under some circumstances, pursuant to Texas Penal Code s. 46.03 and 46.035, weapons may not be carried. Such circumstances include while intoxicated, in a hospital or nursing home, in court, at polling places, at sporting events or on public transportation.

The law also provided that a CHL cannot be issued if the individual has any of the following:

Concealed handgun licence holders must be at least 21 years old, pass criminal background checks and go through a training course (although the training requirement was reduced in 2013, with the minimum time required for classroom and shooting range instruction being shortened from 10-15 hours to 4-6 hours.)