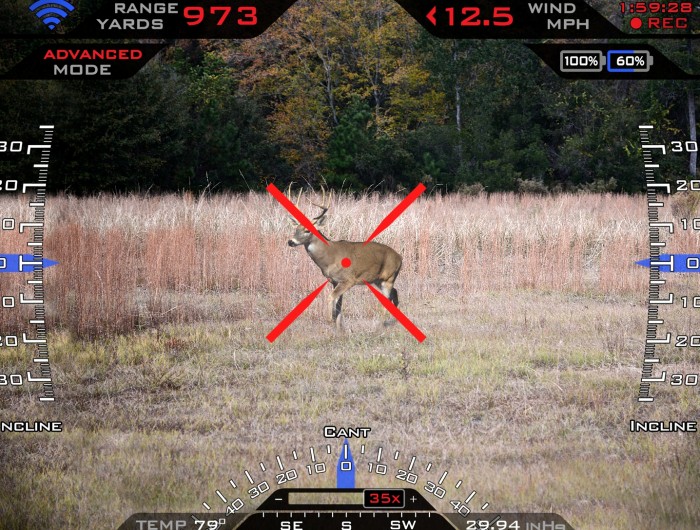 In Skyfall, the latest James Bond film, the world’s most famous secret agent is presented with his new equipment by ‘Q’, his sarcastic MI6 handler. Q gives Bond a slim metal case containing the latest version of Bond’s iconic Walther PP handgun. This version has a twist – a “subdermal scanner” which has been coded to Bond’s handprint, so only he can fire the gun.

Over the years, James Bond has been equipped with various fanciful weapons – laser-firing wristwatches, invisible Aston Martins and so on. But the personalised gun is more than simply a continuation of the wildly-inventive; it actually exists. And it points to the ways in which the technology of firearms is likely to advance in the near future.

The basic underpinnings of gun technology haven’t materially advanced in decades. Certainly, scientific and technological advances have led to new guns which are lighter, more durable, more accurate and more reliable. But the basic operating principles of a 100-year-old Colt M1911 and a brand-new Glock are largely the same. Attempts to fundamentally advance the operating mechanics of firearms have largely been deemed too costly, too complicated or too unreliable. And while research continues on fundamentally new weapons technologies such as 3D printed guns and directed-energy weapons, it will be years or decades before they have an impact.

That is not to say that there are no ongoing developments around firearms technology. The lethal mechanism of guns might not be evolving, but current and emerging technology could fundamentally alter the interaction between shooters and their weapons.

These technological advancements hold out the prospect of making guns safer and their use more accountable. But manufacturers are also leveraging technology to create vastly more accurate and easy to use weapons. As comforting as it would be to believe that the safety innovations will have the greater impact, they also face much greater legal and cultural hurdles to wide acceptance.

Guns that know their owners…

Armatix, a German firearms manufacturer, has just begun selling a pistol called the iP1 in California. The weapon itself is not particularly notable – it is a semi-automatic .22 calibre handgun, like many others on the market today. But it has an unprecedented safety feature: an embedded RFID chip which unlocks the gun only when a companion chip (embedded in a digital watch) is on the wrist of the user, a few inches away. If the watch is not detected, the weapon will not fire.

There are a number of advantages to such a system. Most obviously, it prevents a weapon from being fired by anyone except the owner, so a firearm taken by theft or in a struggle could only be used as an expensive bludgeon. Given the estimated 350,000 firearms thefts per year in the United States, a wide adoption of coded firearms might have some impact on both theft and illegal use. But as there are already over 300 million firearms in circulation in the US alone, such systems would have to be incredibly commercially successful to more than marginally change existing trends.

Armatix isn’t the first company to attempt to sell such a system. In the 90s and early 2000s, both Colt and Smith & Wesson tried to develop a similar system, but backlash from gun owners and the NRA led to the abandonment of those plans. Some gun advocates question the reliability of the technology, arguing that adding complex electronic systems could interfere with the functionality of a weapon at the exact moment when it’s needed for self-defence. Others – including the NRA’s partner organisation, the Institute for Legislative Action – darkly intimate that mandating high-tech safety features will fundamentally compromise gun rights.

… and guns that aim themselves

Technology is also being used to make guns vastly more accurate. A Texas-based company called TrackingPoint now offers a rifle which uses a laser designator and a sophisticated guidance package to markedly improve the shooter’s accuracy. The shooter aims the laser at a target and “paints” it, then pulls the trigger – but the gun does not immediately fire. Instead, the ballistics computer built into the gun calculates precisely where the barrel must be pointed for the shot to hit that target and provides an aiming point for the user. Once the shooter has adjusted the barrel position to coincide with the aiming point, the firing mechanism is released and the weapon fires.

Media reports indicate that novice shooters can reliably use the weapon to hit targets at distances of hundreds of yards. TrackingPoint’s publicity materials exclusively show their weapon being used for hunting, although the US Army is also evaluating their technology. The company also plays up the technology aspect of their product; the scope is designed to record, stream and share videos of shots directly to Android and Apple phones. That functionality is apparently designed so that hunters can share videos of their shots – but given how grisly imagery from Mexico, Syria and elsewhere has been widely shared via social media, it is far too easy to imagine such videos featuring human targets.

Social media integration aside, the fundamental technology is not new: laser guidance has been used to improve the accuracy of military weaponry since the 1970s. But until now, it was also reserved for much larger classes of weapons, such as bombs dropped by combat aircraft and guided missiles fired by helicopter gunships and drones.

TrackingPoint’s flagship rifle – the bolt-action, large-calibre XS1 – retails for a hefty $27,500. At that price, the only takers are likely to be wealthy hunters and enthusiasts. But TrackingPoint has been rapidly moving downmarket, recently introducing a smaller, cheaper, lighter version of their system based on the ubiquitous AR-15 assault rifle platform.

While the company still has a monopoly on this particular niche for the moment, the underlying technology and principles are well understood. So it is highly likely that competitors will offer similar products before long, driving the price point down and availability up.

The limits and pitfalls of “smart”

There are, to be clear, some potential benefits of such technologies. Certainly, guns which can only be fired by their legitimate owners might reduce the number of accidental shootings and shootings with stolen firearms. And guns which record the shots they take could be used to ensure that police officers and soldiers follow established rules of engagement.

But there is equally a danger of seeing such technological developments as a panacea.

The Armatix, for example, costs several times as much as a comparable pistol without the safety mechanism. Given the concern about the reliability of such systems, the unwillingness of the gun lobby and industry to accept any new legal mandates whatsoever, it will take a massive legal push to level the playing field in favour of such weapons. New Jersey passed such a law in 2002, designed to come into force three years after smart guns are commercially available. New Jersey’s law will theoretically ban the sale of new weapons lacking electronic safeties, though state authorities have yet to confirm that sales of the Armatix pistol will trigger the law.

But given the strong resistance to any further gun control measures in the US, it is unlikely that a similar law could pass nationally (though Massachusetts Senator Ed Markey is introducing a bill which will test the issue). Other countries with stricter gun control regimes might do so, but the overwhelming size of the US civilian market would serve to protect gun manufacturers who eschew the technology entirely.

Even if such guns become common, though, it’s far from clear that electronically-secured weapons would have a significant impact on gun violence by themselves. In many cases where guns used criminally were procured illegally (as in the Columbine massacre) or taken from a family member (as at Sandy Hook), Armatix-type systems wouldn’t do anything more than slightly inconvenience the shooter, who would simply have to acquire the smart watch along with the gun.

More importantly, though, many criminal shootings are carried out with legitimately owned weapons. Smart guns would not have stopped Anders Breivik from cold-bloodedly executing campers with his legally owned guns, or deterred Michael Dunn from opening fire on a car full of teenagers playing music too loudly for his taste.

The immediate impact of advanced targeting systems like TrackingPoint’s is less clear. Much depends on how drastically the price is reduced and how widely such weapons spread. A $27,000 self-guided rifle is unlikely to make any notable difference, but a mass-produced $1500 assault rifle version could be hugely destabilising.

To be clear, a TrackingPoint-style rifle doesn’t instantly convert the average civilian into RoboCop. But it does grant inexperienced, untrained shooters the ability to hit moving targets at hundreds of yards – something which had previously only been the province of a small subset of hunters, enthusiasts and police and military specialists.

In other words, it democratises lethality.

There have only been a few high profile cases of long-range mass shootings and assassinations – the University of Texas clock tower shootings in 1966, the Martin Luther King and JFK assassinations, and the Beltway Sniper killings in 2002 – and in each of those cases, the shooter had military training. By contrast, most gun violence outside of conflict zones takes place at short ranges. Simply put, endowing anyone with the ability to hit targets hundreds of yards away creates new threats while doing nothing to combat existing ones.