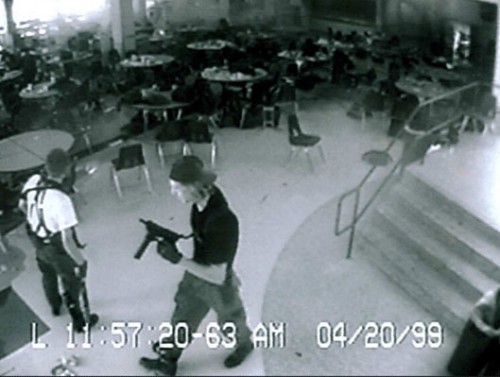 Outside conflict zones, mass shootings tend to follow a predictable pattern. The shooter is almost always male, almost always alone and almost always heavily armed. In most cases, they take their own life or are killed by police at the end of their spree. And the death toll is horrendous (though only a small fraction of the dismal total cost of worldwide gun violence).

Where this pattern begins to come apart is in how different societies understand, cope with, and respond to the violence after the fact.

Sometimes, as in the cases of Woo Bum-kon or Staff Sergeant Robert Bales, the shooter’s access to weapons is a function of their work for a law enforcement or military agency. In other cases, mass shootings take place in conflict or conflict-adjacent environments where the rule of law is so limited that additional legal controls over firearms would be unlikely to have any effect. And sometimes, as in the cases of the 2010 Cumbria shootings or the 2011 attacks in Norway, a society simply does not consider additional gun control to be the appropriate response.

In  the cases of Erfurt, Winnenden and Kauhajoki, all of which were school shootings with a young perpetrator, new restrictions were placed on the minimum age for firearms purchases. Such an approach addresses school shootings perpetrated by students, but would not have affected cases such as Dunblane or Newtown in which the shooter was an adult.

But the argument that the National Rifle Association made in the wake of Columbine, and with increased fervour in the wake of Virginia Tech and Sandy Hook, that “the only thing that stops a bad guy with a gun is a good guy with a gun,” is a largely American response. What makes it unique is the degree to which that argument has been institutionalised.

The trend can be traced back to the Luby’s Diner massacre in Killeen, Texas in 1991, after which a survivor whose parents were killed told media that had she been able to bring her gun into the restaurant, she would have been able to stop the shooting. In response, Texas passed a law expanding the circumstances under which a citizen could carry a concealed weapon. Similar laws spread throughout the country during the 1990s and 2000s. Today, every American state permits residents to carry concealed weapons, though most states require individuals to have a licence to do so, and the particulars of when a licence will be provided differ amongst states.

Educational institutions have been a particular focus of this form of activism. In 2013, the year following the Newtown shooting, bills were introduced in 19 states to permit concealed weapons on campus; they passed into law in Kansas and Arkansas. In contrast, bills to ban weapons on campus were only introduced in five states, and passed in none.

The theory that the appropriate remedy is to push weapons out into public spaces, to change potential victims into potential saviours, is more emotionally than mathematically satisfying. If 300 million firearms, and ubiquitous concealed-carry laws, have not stopped or deterred mass shootings in the United States, it is difficult to imagine the proliferation of weapons which would do so.

None of the laws which emerged from the shootings studied here are panaceas; all were shaped by their own national and historical surroundings. But the effects of gun policy have to be considered not only in the context of mass shootings, but in the context of gun violence. The United States maintains a significantly higher rate of both mass shootings and other forms of gun violence than any of the other countries in our report. This clearly points to the conclusion that limiting the spread of guns is more likely to limit gun violence than the reverse.

In Winnenden, Kauhajoki, Erfut, San Francisco and Newtown, the shooters obtained their weapons either through legal weaknesses or loopholes or from family members.

In Port Arthur, the shooter obtained his weapons illegally.

Accounts vary on the provenance and legality of the weapons used in the St Valentine’s Day massacre.