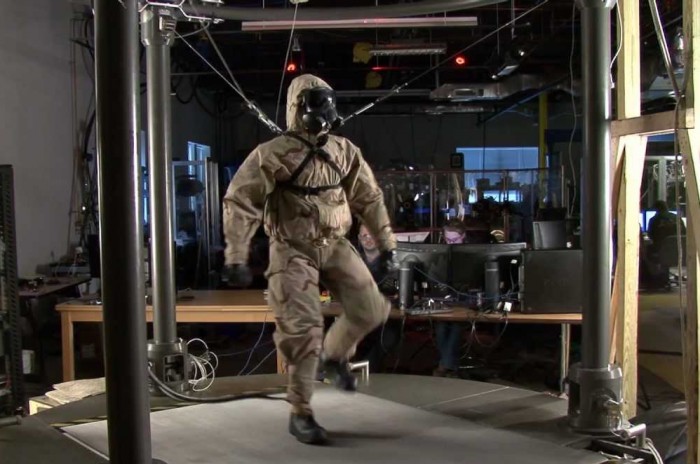 Although fully autonomous weapons are not yet in operation, a number of states are well underway with research, development and testing of related technologies.

At a weapons treaty meeting of the UN Convention on Conventional Weapons (CCW), states will hold a first round of discussions on ‘lethal autonomous weapons systems’, also known as killer robots, in an informal meeting of experts set to take place in Geneva from 13-16 May 2014. This is the first time governments have had dedicated discussions on the issue, following the launch, in London last year, of an international campaign to ban the weapons.

Governments, civil society, international organisations and other experts, will discuss technical, ethical, legal and military/operational issues around these weapons systems, and the French Ambassador who is chairing the meeting will issue a report on the final day summarising the discussions. A decision on next steps will be taken at the annual meeting of the Convention on Conventional Weapons in November.

Campaigners are calling for a new international treaty to be developed to prohibit fully autonomous weapons. Although fully autonomous weapons are not yet in operation, a number of states are well underway with research, development and testing of related technologies. Weapons with greater levels of autonomy are already starting to be put into action. The UK began testing its autonomous unmanned intercontinental combat aircraft last year. The US has developed the x47-b that can now take off and land on aircraft carriers. China has been developing the Anjian aircraft for autonomous air-to-air combat. There are also parallel developments with ground, sea and submarine robots. There are numerous existing weapons that use sensors to identify, home in on and attack pre-programmed types of target.

All 117 states that are party to the CCW can participate in discussions and other states as well as non-governmental and international organisations can take part as observers. The French Ambassador Jean-Hugues Simon-Michel will chair the meeting.

The Campaign to Stop Killer Robots will hold a press briefing, which is open to UN Correspondents Association (ACANU) members. Nobel Women’s Initiative chair Jody Williams will release the first Nobel Peace laureates sign-on statement on killer robots and Steve Goose will discuss a new Human Rights Watch report on human rights law implications of the weapons called Shaking the Foundations. Together with ICRAC chair Professor Noel Sharkey, these spokespersons of the campaign will outline expectations for the CCW experts meeting.

At 16:15, campaigners will take a group photograph outside at the Giant Chair sculpture in Places des Nations by the UN.

– BRIEFING FOR GOVERNMENTS: Friday 16 May, 13.00 at UN Conference Room XXII – Side Event by the Campaign to Stop Killer Robots on ‘The Way Forward.’ UN Palais des Nations, Geneva.

The Meeting of High Contracting Parties to the Convention on Certain Conventional Weapons (CCW) is open to anyone accredited to the UN CCW meeting.

The CCW meeting takes place at the United Nations in Geneva.

INFOGRAPHIC: The problem with killer robots