Yesterday the United Nations Security Council met in New York to debate the current state of its efforts to protect civilians from armed conflict.

The debates are a high-profile opportunity for countries to raise issues they view as priorities and make proposals to address the most pressing threats to civilians.

Yesterday’s debate was opened by UN Humanitarian Chief Valerie Amos, who drew extensively on original research from Action on Armed Violence as she emphasised the need for states to tackle explosive weapons.

“As is apparent in Syria, Afghanistan, Iraq and Somalia, we must do more […]” Amos told the packed Council.

The research cited by Baroness Amos is from “An Explosive Situation: Monitoring Explosive Violence in 2012.” 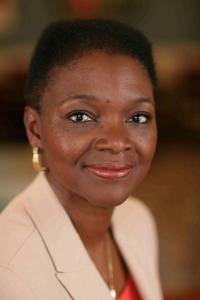 Baroness Amos detailed the devastating effect that explosive weapons have when used in populated areas, describing horrific injuries, the destruction of homes and schools, and the long-lasting threat they pose to livelihoods and land use.

Amos reaffirmed the UN’s commitment to tackling the threat of explosive weapons.

“We will work to promote Member State recognition of the humanitarian impact of explosive weapons use in populated areas and commitment to avoid or limit such use in the future, including by building on good practice in this area. I hope that all Member States will engage in these efforts.”

Several states also spoke out against the use of explosive weapons in populated areas, including Belgium, Canada, Jordan and Slovenia. More than 30 countries have now publically stated their concern about the humanitarian impact of these weapons.

AOAV welcomes Baroness Amos’s comments, and her office’s continuing efforts to advance the protection of civilians from explosive weapons.

As a founding member of the International Network on Explosive Weapons (INEW), AOAV joins the call for states to do more in this area. States should acknowledge the harm caused by the use of explosive weapons in populated areas, and commit to further work on reducing this harm in future.