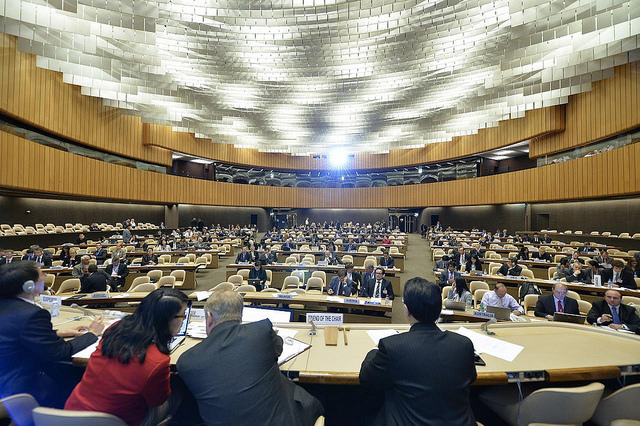 A total of 87 countries participated in the four-day meeting of experts on “lethal autonomous weapons systems” at the UN in Geneva.

At the first multilateral meeting ever held on killer robots, nations have recognised the need to confront the challenge of fully autonomous weapons that could select and attack targets without any human control. The call issued by the Campaign to Stop Killer Robots for a pre-emptive ban on these fully autonomous weapons has become a central feature of the international debate.

A total of 87 countries participated in the four-day meeting of experts on “lethal autonomous weapons systems” by the Convention on Conventional Weapons (CCW) at the United Nations (UN) in Geneva, which concluded on the afternoon of Friday, May 16 (71 states parties and signatories to the convention and 12 observer states). Representatives were present from UN agencies including UNIDIR, the International Committee of the Red Cross (ICRC), and registered non-governmental organizations including the delegation of the Campaign to Stop Killer Robots.

During the meeting dozens of nations intervened to provide national statements, make comments, and ask questions. In a statement to the meeting, the Campaign to Stop Killer Robots observed that “the depth and breadth of your interventions demonstrates that adding this emerging challenge to the CCW’s program of work was the right thing to do at the right time in history.”

The high level of engagement by a range of countries in the meeting of experts shows there is appetite for continuing this work in 2015. In a session on the way forward on Friday morning none of the 24 countries that spoke objected to continuing the process of work. At their next annual meeting on November 14, the 117 states party to the Convention on Conventional Weapons will decide–by consensus–on the mandate for moving forward.

The Campaign to Stop Killer Robots has urged countries to advance the issue in the CCW by agreeing to a mandate in November that creates a more formal level of discussions and by dedicating much more time–weeks, not days–to addressing the many concerns that have been raised with these future weapons systems.

This week’s deliberations show there is great concern with the prospect of future weapons that, once activated, would select and engage targets without meaningful human control. Several examples of existing robotic systems with various degrees of autonomy and lethality were provided and there was acknowledgment that these precursors indicate the trend to ever-greater autonomy in warfare.

There was a robust debate over the viability of existing international humanitarian and human rights law in adequately meeting the challenges posed by fully autonomous weapons. There was discussion of how killer robots could undermine the fundamental principle of human dignity because they could take human life without respecting it. There was considerable discussion about the desirability of a ban or moratorium or restrictions to supplement existing law and best practices.

The discussion on operational matters looked at how technological trends in the military are heading towards ever-greater speed over ever-greater distances making communications even more challenging. One speaker described this trend as a “revolution” in how war is going to be fought in the 21st century. With that comes many questions including the high cost, proliferation, and threats to the traditional command and control structure.

The Campaign to Stop Killer Robots welcomed the interest shown at the meeting in discussing Article 36 legal reviews of new weapons systems, but noted it is not going to be sufficient for a comprehensive international response to the risks of development of fully autonomous weapons.

Perhaps most importantly this week a number of countries acknowledged the relevance of the Martens Clause and its legal requirement that the principles of humanity and the dictates of the public conscience be taken into account. The strong media coverage and intense interest on social media in this first multilateral meeting on killer robots are clear indicators that there is widespread public interest in what governments can and will do to address this emerging challenge.

This week five countries called for a ban on fully autonomous weapons, including Cuba, Ecuador, Egypt, Holy See, and Pakistan. Many more highlighted the importance of always maintaining meaningful human control over targeting and attack decisions, including France, Germany, Netherlands, the UK. The United States has said that there should be “appropriate” human involvement over autonomy in weapons systems. No country vigorously defended or argued for autonomous systems weapons although Czech Republic and Israel each spoke on the desirability of such systems.

These are all indicators to us that there is interest in not only continuing the CCW work on killer robots, but perhaps in creating a future legally-binding instrument to set down some clear rules on the matter. The Campaign to Stop Killer Robots acknowledges that this is only the beginning for multilateral consideration of this topic, but new international law is needed.

In order to take this work forward here and in any other multilateral fora, the Campaign to Stop Killer Robots has urged all nations to develop their policy on fully autonomous weapons in consultation with relevant actors, including civil society experts. This week several countries stated that they have started work to develop their national views on fully autonomous weapons.