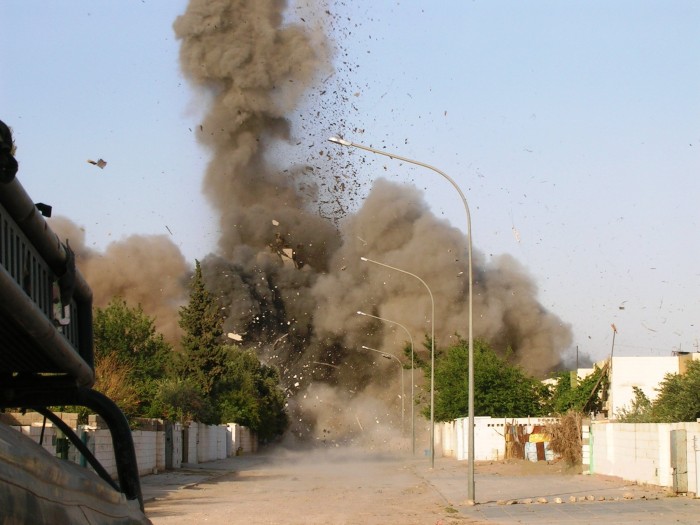 An explosion in Iraq

Armed violence and conflict impact women and men differently. This has been recognized and embodied in international humanitarian law and international human rights law. Specific protection is provided for women, with states obligated not to discriminate against women and to allow them full enjoyment of their rights. The UN Security Council, under the Women, Peace and Security agenda, has recognised the specific impact of armed violence on women, highlighting the socio-economic consequences and the effect of the lack of security on women’s participation in community life.

The significantly higher proportion of women killed by explosive, as opposed to other, weapons speaks to the nature of such weapons. They are used against targets at a greater distance, increasing their targeting unreliability. They cause death and destruction to civilian populations on an enormous scale. It is almost impossible for the use of such weapons to distinguish between combatants and civilians, and between men, women and children.

While men and women are both harmed by the physical and psychological harm of explosive weapons, a number of specific impacts are felt more strongly or exclusively by women. One area where women are more affected, according to the report, is in the area of reproductive health care. Explosive weapon blast waves have implications for pregnant women, as they can cause damage which leads to miscarriage. The use of explosive weapons can also prevent women from accessing reproductive health services, since hospitals and health care facilities can be destroyed or damaged.

Women tend to face an increased risk of marginalisation due to injuries which cause disfigurement. They have also tended to have limited access to emergency medical care and long term rehabilitative services. Additionally, where men are killed or injured, women often become the sole income provider for their households. In communities affected by armed violence this can be difficult due to systematic discrimination against women in the workforce, and discrimination which may exist already within the communities.

The Security Council has recognised that women are often unable to participate in post-conflict reconstruction, and do not play a central role in relevant decision-making. Women need to play a more central role in these areas, and must be able to participate fully and equally in any decision-making processes. This is certainly true in all aspects of armed violence. Specifically with regards to explosive weapons, not enough research has been done in order to fully understand how to ensure greater participation of women.

The report is a useful contribution to the articulation of the impacts of the use of explosive weapons in populated areas. It confirms the indiscriminate nature of the weapons, and highlights the specific consequences that their use has for women in particular. It also makes clear that there is a need to focus on the level of provision of assistance in victim recovery, and more generally, that there needs to be greater recognition of victims’ rights. This is especially true where women are affected by armed violence and explosive weapons.

However, while the report touches on the wider impacts of explosive weapons, much more needs to be done in order to fully understand the impact of such weapons on all levels of society, not purely on women.