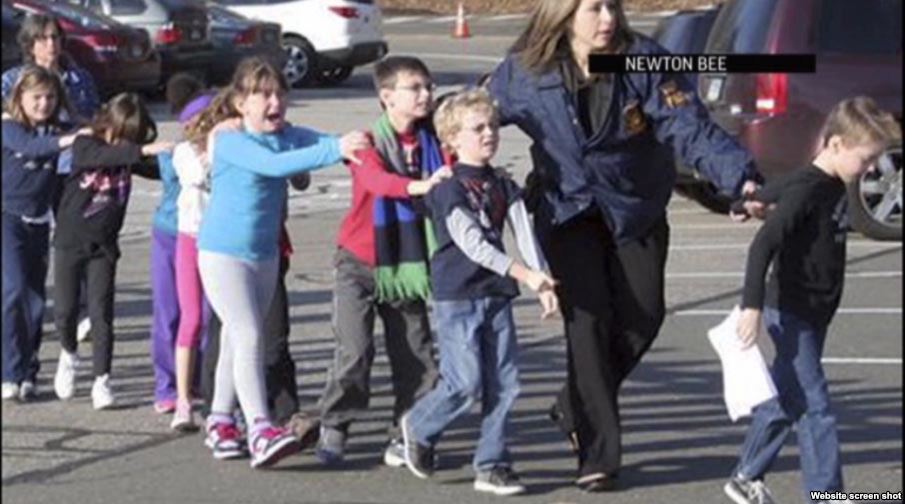 Number killed: 28 (including 20 children, 6 staff, the perpetrator and his mother).

Weapons: .223 Bushmaster semiautomatic rifle (which was used to kill all of the victims), a 10mm Glock handgun (used to commit suicide), .22 calibre Savage Mark II rifle (used to kill his mother) and 9mm SIG-Sauer pistol which was also recovered. All firearms – including the “large number” recovered from Lanza’s home – were legally owned by his mother. Lanza, who did not hold a handgun permit and was under the age of 21, was in unlawful possession of all three guns.

Shooting: The gunman began by shooting his mother dead at their home. Then, taking three of her guns, he drove her car to the school. Shooting his way into the building, he injured two staff members and killed two in the school corridor. He then entered two first-grade classrooms (containing six- and seven-year olds), shooting and killing 20 children and four staff within. 12 children survived[1]. He then killed himself with a gunshot to the head, fewer than five minutes after the first 911 call was received and two minutes after the first police officers arrived on the scene.

Investigators found “large amounts” of material on the Columbine massacre and firearms on Lanza’s computer, including a spreadsheet detailing mass shootings over the years. The official report by the State Attorney concluded that he was preoccupied with mass shootings, particularly Columbine, and had a strong interest in firearms[2]. 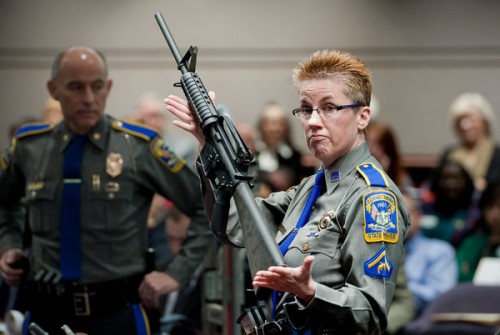 Law and wider context at the time:  In Connecticut at the time of the massacre, anyone over the age of 21 who was able to legally own firearms – i.e. not a convicted murderer, or mentally unfit, etc. – could purchase rifles and shotguns without a permit. Handguns required a pistol permit. At the end of 2012, there were 179,092 active pistol permits in Connecticut. Of the more than 12,000 pistol permit applications received, only 23 were denied.

While the federal assault weapons ban had long since expired at the time of the Sandy Hook massacre, Connecticut had its own assault weapon ban (which classified weapons as assault weapons if they possessed two or more of a list of specific features).

The Second Amendment to the US Constitution guarantees the right to bear arms. The Supreme Court had recently upheld this right in the case of District of Columbia v Heller[3]¸ in which the court held that the District of Columbia’s near-total ban on handgun ownership was unconstitutional.

Reaction: Within a day of the massacre, a petition on the White House website calling for tighter gun controls had attracted more than 100,000 signatures.

Less than a week after the shooting, President Obama announced the creation of a task force led by Vice President Joe Biden – who as a Senator had been instrumental in the passage of the 1994 Assault Weapons Ban – which would need to make “concrete recommendations” within a month. He indicated that he supported a ban on military-style assault weapons and high-volume magazines, and that mental health care provisions must be improved. Conversely, the NRA called on Congress to fund nation-wide armed security in every school. Wayne LaPierre, chief executive of the NRA, voiced criticism towards politicians who had ‘exploited’ the tragedy for ‘political gain’ and took aim at legislation designating schools as gun-free zones. He argued that ‘the only thing that stops a bad guy with a gun is a good guy with a gun.’

Law and wider context after: The scale of the loss suffered at Sandy Hook caused Obama to push for an expansion of federal checks on gun purchasers. The bill was supported by more than the necessary 50 Senators, but the Republican minority used parliamentary manoeuvres to prevent its passage – though it was unlikely to have passed the Republican-dominated House of Representatives in any case.

On 4 April 2013, as a result of the Sandy Hook massacre, Connecticut passed legislation which banned magazines holding more than ten rounds, expanded the characteristics that would class a firearm as an assault weapon, and banned armour-piercing bullets. It created America’s first dangerous weapon offender registry and required that all gun sales must include a criminal and mental health check. The bill also required every school in the state to develop a security plan, increased punishment for bullying and expanded mental health provisions.

Families of those affected by the tragedy backed the Act, although they called for a wider ban on high-capacity magazines. Conversely, the bill was criticised by the NRA and state-wide gun rights groups for infringing on their Second Amendment rights.

State-level changes following the Sandy Hook shootings were not limited to Connecticut. In nearby New York state, a swathe of mental health provisions and gun controls were introduced, including a strict assault weapons ban and restrictions on ammunition sales.