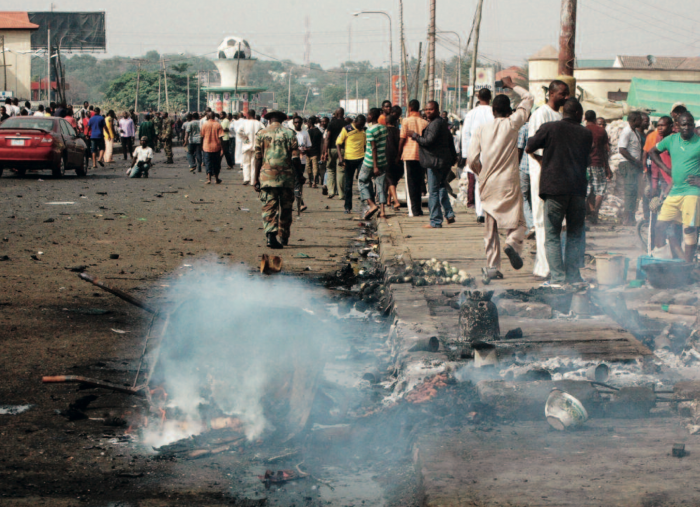 In response to last Wednesday’s rush-hour bombing in Abuja, AOAV’s local partner in Nigeria, the National Working Group on Armed Violence, condemns the ongoing surge of violence in the country and calls on the government to finally take action.

The latest attack that targeted a crowded shopping centre in an upscale area of Abuja marks the third bombing on the capital within three months. At least 21 civilians were killed and dozens more were reported to have been injured.

“This is another sad day for Nigeria and Nigerians, particularly the families of dead or injured victims, who have been dislocated by this wickedness against humanity. We have constantly stated that Nigerians, who are killed or maimed by these bomb blasts, are innocent and did not create whatever problem that stimulated those behind the bombing of fellow Nigerians.

There is no nation where the story of armed violence of this magnitude has ended positively in favour of perpetrators.  We therefore appeal to the soul and conscience of the perpetrators to stop this wanton destruction of Nigerians through bombing. We believe that there is many other peaceful ways that can be deployed to address better whatever the bombs are being intended to resolve.

We are worried that the series of bomb blasts in Nigeria is creating a huge population of victims and physically challenged people or their families that require well defined support and assistance. We therefore call on Federal and state governments to come together and set up armed violence victims’ assistance scheme to ameliorate the impact of the loss and pain affected families are passing through.”

AOAV welcomes this condemnation and fully supports the group’s calls on the Nigerian government:

In collaboration with the NWGAV, AOAV recently published a major report highlighting the deeply rooted issues of violence in Nigeria.