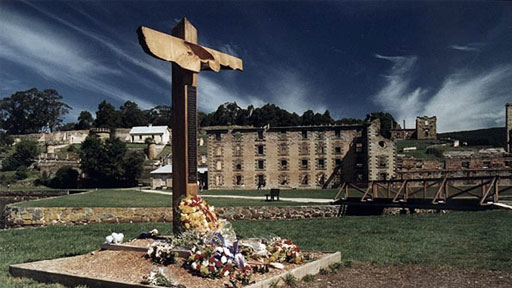 The gunman entered the house of two bed and breakfast owners who had been known to his late father and shot them dead. Then he drove to the historical site of Port Arthur and opened fire in a café, a gift shop, and the car park, killing over 20 people in just a few minutes. He then drove towards the entrance of the site, got out of his car and murdered a woman and her two daughters, aged three and six. He hijacked a car, murdered its occupants, then locked another man in the boot and took him hostage. He then drove back to the site of the bed and breakfast and shot at people driving past in their cars. The incident culminated in an 18-hour standoff with police, during which time he murdered the hostage inside the property. The gunman eventually emerged from the house after setting it on fire, where he was finally arrested by police[3]. 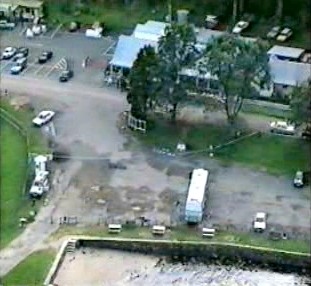 In 1991 Tasmania had passed a law that required individuals to hold a licence to purchase firearms. However, enforcement was limited, and at the time it was acknowledged that Tasmania had the least restrictive gun laws in Australia[4]. Bryant had purchased his weapons with cash despite not being in possession of a licence.

Before the legislation passed after the shootings, there were reportedly 3.25 million privately owned guns in Australia.

The right to possess firearms is not guaranteed by Australian law.

The hospital where Bryant was treated for his burns was vandalised and staff received death threats[5]. There was also enormous media interest which spanned globally, no doubt partly due to the proximity to the Dunblane massacre which had occurred only weeks before.

Due to the degree of public pressure, the Tasmanian state government announced two days after the massacre that it would immediately ban self-loading military weapons[6]. The incident also prompted state and federal governments to agree to a ban on semi-auto and self-loading shotguns, and pump-action shotguns. A Newspoll survey in Australia found 68% of people believed that the proposed gun control reform was about right or could be even stricter.

Law and wider context after:

The National Firearms Agreement (NFA) 1996 required states to ban the importation, sale and ownership of all semi-automatic and self-loading shotguns and rifles, and restricted certain handguns. The NFA also established a strict nation-wide registration and licensing system, and tightened the regulations on the sale of permitted firearms. Similar to the UK law, “personal protection” would not be a valid “genuine reason” now needed for an application for a firearms licence[7].


In order to enforce the ban, the government established a mandatory buyback scheme, which by August 1998 had paid out over A$300,000 in the surrendering of nearly 650,000 firearms (not all individuals received compensation, and the amount varied widely depending on the model). It was estimated that the scheme, which was paid for by a Medicare levy, reduced the number of guns in (legal) private ownership by 20%.

There was considerable public opposition to the national ban on assault weapons, especially amongst farmers, and from states such as Queensland and Western Australia, where gun ownership was high. However, the level of public outrage to Port Arthur was such that Howard’s government was able to pass the legislation.

The gun reforms in Australia have been widely hailed as a success. In the 18 years prior to 1996, there were 13 gun massacre; in contrast, there have been none since the passing of the National Firearms Agreement.