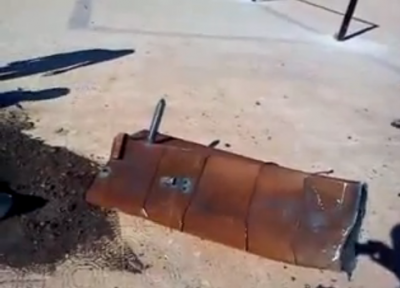 Significance: An early example of ‘barrel bombing’ strategies; part of one of the most long-standing bombing campaigns in human history.

Impact: This was one of the first bombing raids by the Sudanese Air Force using barrel bombs.  The target was a town that housed thousands of displaced civilians, already forced from their homes in earlier campaigns of aerial bombing. The six hour raids, carried out by Antonov-32 carrier planes, killed 18 and injured 85, many of whom lost limbs. NPA workers at the site detailed that the attack involved 16 bombs, eight at one location and eight nearby.

Sudan experienced its second civil war in less than 50 years between 1983 and 2005. The civil war saw fighting between north and south Sudan, after Jaafar Numeiri, then-Sudanese President, abolished the autonomy of South Sudan. Fighting continued until 2005, when a North/South Comprehensive Peace Agreement was signed. This provided for, among other things, South Sudan’s independence in 2011. Although South Sudan did become independent on 9 July 2011, violence continues to plague the country.

The barrel bombing of Rier in western Upper Nile, now Unity state, is an early example of the use of such bombs by government forces. The Sudanese Air Force used an Antanov-32 bomber to drop barrel bombs on Rier. These aircraft are Russian-made cargo planes, and are not designed or equipped to deliver munitions.

Bombs, filled with scrap metal, unusable ordnance, and other shrapnel-producing materials and explosives, are simply rolled out of the back of the aircraft. The aircraft fly at an altitude that is too high to allow meaningful targeting. The bombs are entirely indiscriminate, and both the bombs and their means of deployment are completely unguided. They cause civilian destruction and terror.

The attack on Rier demonstrates the destructive consequence of the use of these weapons on civilians. Eighteen people were killed, and 85 injured, when 16 bombs were dropped. The bombs were dropped at 2am, catching people completely off-guard.

The fear of barrel bombing is so great that it has reportedly prevented local populations from farming their land, resulting in severe starvation. The bombing in Rier is one example of a high level campaign of aerial bombing since 1999. The SAF have been bombing the civilian population repeatedly since then, in areas including Darfur, South Kordofan, Unity State and Equatoria..

The use of barrel bombs have since been reported in Syria and Iraq. They were first identified in Syria in August 2012, with their use being confirmed in an October 2012 video of a barrel bomb being dropped from a moving helicopter. The Syrian government has used barrel bombs to kill thousands of civilians, causing destruction to cities such as Aleppo.

In Iraq, witnesses reported that the Iraqi army dropped barrel bombs in Fallujah during the Anbar clashes in 2013-14, and that they have been used regularly since then.  Their use by government forces is in clear violation of the laws of war.

Barrel bombs are entirely indiscriminate, they have wide blast effects, and cause loss to civilian life and property when used in populated areas.