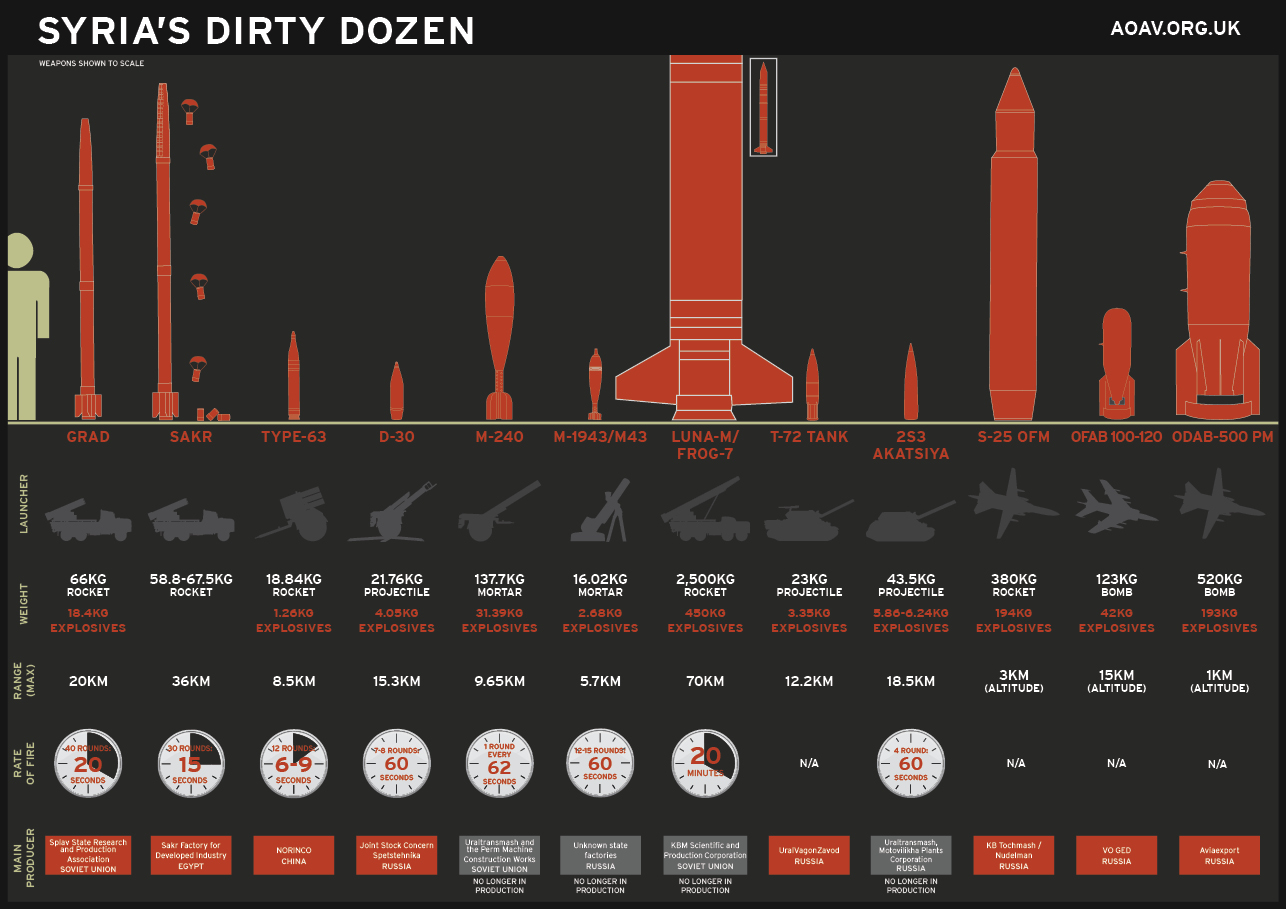 Ahead of the first-ever meetings to negotiate an end to the Syrian conflict, Action on Armed Violence (AOAV) calls for a commitment from all parties to end the use of heavy explosive weapons in populated areas.

The UN-backed talks in Geneva this week mark the first time that conflict parties, including the Syrian government, come face-to-face to bring an end to the violence in the country that has killed more than 100,000 people since March 2011.

Explosive weapons, and their use in densely-populated areas, have been a major driver of civilian suffering in Syria. AOAV’s analysis of one casualty-recording organization in Syria showed that as of December 2013, explosive weapons have been responsible for half of all the civilian deaths in Syria since fighting began.

Government forces have dropped aerial bombs, including cluster munitions and thermobarics, and have shelled towns and cities with artillery, rockets, and ballistic missiles. Rebel fighters have also used explosive weapons in populated areas, including improvised explosive devices (IEDs). Explosive weapons all kill and injure by projecting blast and fragmentation across an area.

Action on Armed Violence records casualties from explosive violence around the world, as reported in English-language news sources. Of the casualties recorded by AOAV in the first two years of the war (March 2011-March 2013);

–        90% of the people who have been killed or injured by explosive weapons in Syria were civilians.

–        Four out of every five incidents of explosive violence was reported in a populated area.

–        An average of 24 civilians were killed or injured in every incident that took place in a populated area. This is compared to just 5 in areas that could not be recorded as populated.

–        AOAV recorded an average of 15 civilian deaths in every incident where an air-dropped bomb was used.

Parties to the conflict must put the protection of civilians at the heart of any process to end violence in Syria. Suggestions that a ceasefire in Aleppo has been proposed should be welcomed; AOAV recorded 428 civilian casualties from a series of ‘barrel-bomb’ airstrikes in the city last month.

A commitment to stop the use of heavy weapons in population centres in Syria was one of six points laid out in an early UN proposal to end violence.

“For almost three years now we have seen Syrian villages, towns and cities pummelled with explosive weapons”, said AOAV Chief Executive Steven Smith. “The wide-area effect weapons are being used on a daily basis and are having catastrophic impacts where civilians are concentrated. The talks in Geneva simply must act to bring an end to this devastating pattern of violence.”