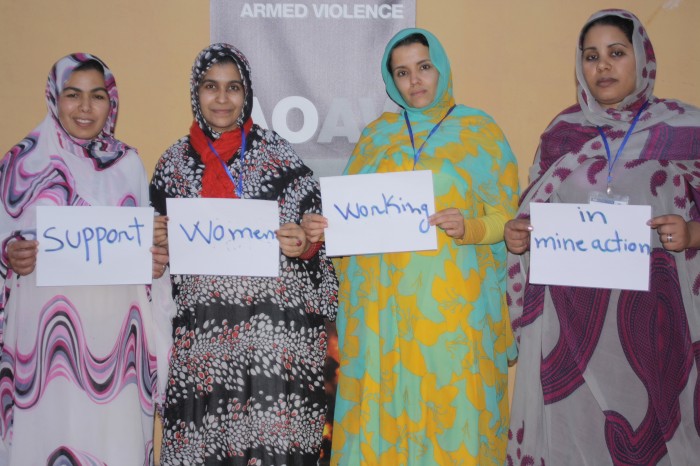 On April 4, International Mine Awareness Day, AOAV calls individuals to support victims and survivors of antipersonnel mines, encourage states to ratify the Mine Ban Treaty, and complete the clearance of millions of landmines currently lying dormant in post-conflict communities.

The UN General Assembly, in December 2005, declared that the 4th of April of every year would be the International Day for Mine Awareness and Assistance in Mine Action. This year, the UN Secretary General, Ban Ki Moon, has used Mine Awareness Day to focus on women who are active in mine action. These women survey mined areas, making critical decisions in demining, design and the implementation of mine risk education. They also help survivors, and are involved in the actual mine clearance.  It is important for more women to be empowered and believe that they too can be part of mine action. States should ensure that women are more fully integrated into their mine action programmes.

In partnership with the UN Mission for the Referendum in Western Sahara (MINURSO), and with the support of the UN Mine Action Service (UNMAS), AOAV has cleared over 26,000 million square meters of land and destroyed over 22,000 dangerous items in Western Sahara.

AOAV employs Saharawi women and men in its mine action programme as Team Leaders, deminers, victim assistance coordinators, as well as finance, administration and support staff. Through continued training and mentoring, AOAV develops local capacities and skills in mine action. Alongside UNMAS, AOAV has supported the establishment of the Saharawi Mine Action Coordination Centre to ensure local ownership over mine action activities in Western Sahara (SMACO).

There are currently 10 Saharawi women working as part of AOAV’s mine action programme in Western Sahara, including Minetu Larabas Sueidat, the programme’s administrator who has been working with AOAV since 2009. For Minetu, “having more women in mine action is essential to decrease the gender gap in our society and give more opportunities for women to be able to depend on themselves”.

The 4th of April is also a time to remember the victims and survivors of landmines. AOAV has supported 215 Saharawi survivors of explosive remnants of war to develop sustainable livelihoods and support their families through its micro-grants programme. Whilst the majority of landmine victims in Western Sahara are male, female survivors face specific challenges as a result of the death of a male relative, or  because of their own injuries. Women survivors have reported difficulties due to social conventions on beauty. Minetu reports that women have a “huge psychological challenge to overcome when they lose part of their body.”

Mine Awareness Day is an important reminder that the international community needs to reinforce its efforts to address the scourge of mines and other explosive remnants of war, and recognise the challenges facing women as a result of such weapons. Women have an integral role to play in clearing deadly explosive weapons, rebuilding landmine affected communities, and making life safer for themselves and their communities.

So this International Day of Mine Awareness join the “Lend Your Leg” campaign, where you roll up your trouser leg or sleeve as a symbolic gesture of solidarity.

You can share your pictures of your “Lend Your Leg”: https://www.flickr.com/groups/lendyourleg/