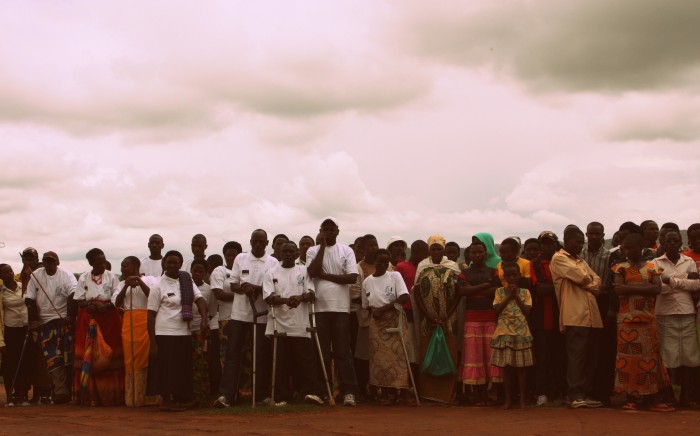 Behind every weapon there is a person involved who controls it, and in front of the weapon will most likely be a civilian who will be injured or killed by it. Finding solutions to violence from small arms and light weapons is a must, but it is also a duty to respond to the people that are and have been affected. Today marks day three of the Fifth Biennial Meeting of States (BMS5) where States are considering how to effectively implement  the UN Programme of Action (PoA) to Prevent, Combat and Eradicate the Illicit Trade in Small Arms and Light Weapons (SALW) in All Its Aspects. One of the points on the agenda to be discussed is Victims Assistance.

AOAV not only works to prevent or reduce the use of weapons in active conflicts, especially against civilians, but also works directly to support those who have been affected by violence and armed conflict. In Burundi, AOAV works with local residents who have suffered years of violent civil conflict and who are now looking for ways to live decent lives. Traumatic events have lasting effects on survivors’ self-esteem and decision making capabilities, limiting survivors’ ability to interact socially, as well as achieve and sustain socio-economic independence. People living with disabilities are discriminated against and often excluded from education and public life. AOAV , with its local partner CEDAC (Training Centre for the Development of Ex-combatants), provides psycho-social and socio-economic counselling to youth, women, men and persons with disabilities. In 2013-2014, over 1,300 people have received psychosocial support from 60 peer support workers (48 women and 12 men) trained by AOAV and its partner the Center for International Stabilization and Recovery (CISR) to give effective social and psychological treatment. By the end of the project, 85% of programme participants were in the ‘recovering’ category, with only 1% remaining in ‘severe distress’. In addition, AOAV Burundi provides technical and financial support to advocacy efforts of women and disabled people, who then organise and conduct advocacy campaigns and activities to advance their issues of interest. AOAV is now seeking to expand their work to include sustainable livelihood activities. 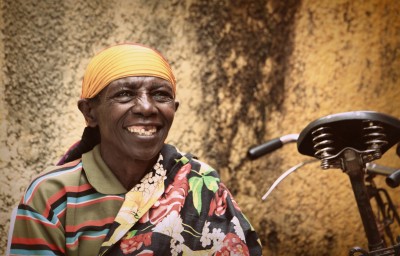 In the mid-1990s, I was pregnant and living with my family in Muramvya Province of Burundi. In the height of the conflict, my village was informed about a military raid that would happen the following day, so my family and I started packing to escape. Whilst they we were preparing to flee, I went into labour.

I gave birth to a beautiful baby boy. I felt happy and sad at the same time; I had no choice but to stay in the village.  I began to hear footsteps, yells of militaries and continuous gunshots, so I hid under the bed, kept my son quiet and prayed to survive.

Then the soldiers stormed into my house and started shooting everywhere. They did not find me and my son. But during their shootings, they shot my legs three times. I was fortunate though that my son and I survived while many of the people in my village did not, including my family. I never saw my husband again.

Three days after the raid, I was still hiding with my baby boy, when the Red Cross came to bury the bodies. We were taken to the hospital where they took out the bullets in my feet and legs. Ever since the shooting, I limp and suffer from chronic pain.

Now I am 74 years old and I live in the district of Muramvya in central Burundi. I produce and sell ceramic pots and I have little field where I grow tomatoes and beans. My son, Mpawenimana (which means Gift of God in Kirundi) is now married with a family of his own. 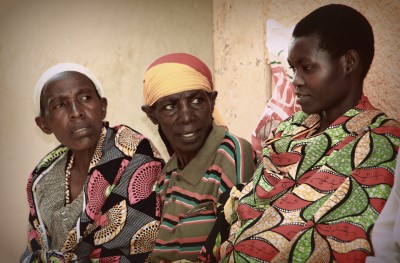 Adèle is an active member of AOAV’s Advocacy Programme. Adèle says: “I have learned about my rights and the Convention on the Rights of People with Disabilities (CPRD). I am happy to have the skills to advocate for ratification of the CRDP* and implementation by the Burundian government. The project has helped me recover my dignity as a woman first, but also as a person living with disability .”