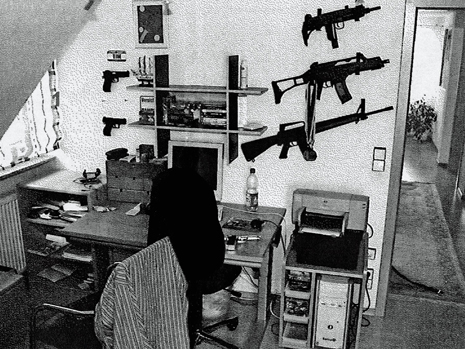 Mass shootings outside conflict zones are not common events. When they do take place, the shooter often does not survive the event. Many take their own lives, while others are killed by law enforcement personnel.

Those who survive pose a difficult question for legal systems. What sort of justice should someone who has committed such a heinous and indiscriminate act face?

The difficulty does not arise from establishing guilt, given that mass shooters who survive are almost invariably arrested at or near the scene of their crimes, often still in possession of the weapons they used. There is often witness testimony available and, increasingly, documentary evidence such as security camera footage and ballistics tracing. The establishment of the physical facts of these cases tends to be straightforward.

But the question of criminal liability is far more complex. Trials of mass shooters sometimes take years to complete. The overwhelming public attention paid to such cases, along with the fact that the only practical defence option for mass shooting suspects tends to be that of insanity, means that such trials are often extremely lengthy.  Ultimately, the factors affecting the fate of a mass shooter can include attitudes towards mental illness, gun culture, religion, politics, and the psychological health and age of the shooter.

Using the 67 mass shootings in the US since 1982, as reported by Mother Jones, 12 took place in a school. Of the perpetrators who were juveniles, only a handful survived their killing sprees. In 1998, two boys aged 11 and 13 killed five people and injured ten when they opened fire in their school yard in Jonesboro, Arkansas. The boys were tried as juveniles and convicted of a string of offences including murder. Under Arkansas state law at the time, they were both due to be released from detention facilities on their 18th birthdays, but additional federal weapons charges lead to them being released when they turned 21, with clean criminal records. This meant that upon their release they were once again legally permitted to buy guns. In May of the same year, a 15-year old went on a rampage in Oregon that started with the murders of both his parents and ended with two other students dead and 25 wounded. He did not benefit from the same legal loopholes as the Arkansas killers and was sentenced to 111 years in prison without the possibility of parole.

The mental health of the shooter is another crucial factor in ascertaining criminal liability, and it will determine whether they will serve their sentence in a prison or a hospital. Anders Behring Breivik, the perpetrator of the 2011 Norway attacks in which 77 people were killed, was initially found to be criminally insane by a psychiatric evaluation. Norway’s criminal law states that if a person is found guilty in such circumstances, they must serve their sentence in a psychiatric hospital rather than prison. Following a second evaluation, he was pronounced sane and convicted of mass murder, terrorism and causing a fatal explosion. He was sentenced to serve the maximum prison sentence available in Norway, which is 21 years, of which he must serve a minimum of ten. After this time, if he is still considered dangerous, a ‘preventative detention’ clause means that his detention can be extended, and renewed every five years.  This means that in all likelihood he will never be released.

By comparison, Martin Bryant, who was responsible for the Port Arthur massacre in Australia, in which 35 people died, was ordered to serve 35 life sentences plus 37 twenty-one-year terms without possibility of parole. He also underwent a psychiatric assessment which found him to be of low intelligence. However, he was not found to be suffering from a mental illness, and was therefore capable of criminal responsibility.

The bar for a defence of insanity in most jurisdictions is set fairly high. In the UK and the US, insanity is only a defence if the actions were taken because the person either did not know what he was doing, or that he did not know that it was wrong.[1] This means that even a diagnosis of a severe mental condition does not necessarily exempt the defendant from criminal liability. In 2012, the man accused of carrying out a shooting at a Korean Christian college in California was found to be suffering from paranoid schizophrenia by two court-appointed psychiatrists. He is currently detained in a mental facility where his competency is evaluated every three months. If he is eventually found to be mentally competent to stand trial, prosecutors will seek the death penalty. In California, the burden of proof is on the defendant to prove that they are criminally insane.

Within the US, the rules for the use of an insanity defence vary by state. James Holmes, the alleged perpetrator of the July 2012 mass shooting in a Colorado cinema is currently awaiting trial after the judge ruled that his first sanity evaluation, which found him to be insane, was inadequate and biased. Under Colorado criminal law, the burden of proof is on the prosecution to show that the defendant was criminally sane at the time of the shootings. If he is found guilty but insane, he will be committed to a mental facility and will avoid being sentenced to the death penalty.

It is worth noting here the difficulty in conducting a fair trial in such high profile cases. With blanket coverage and ever-increasing access to 24-hour news, finding unbiased jurors with little knowledge of the case is an onerous task. Holmes’ trial has now been scheduled for October 2014, but with one of the largest jury calls in US history, sentencing is not likely to happen before 2015.

In Norway, the trial of Breivik provided survivors and the bereaved with a platform to speak about their ordeal. Crucially, the court prioritised the needs of victims without sacrificing the rights of the accused. Survivors of the Aurora shooting have expressed hope that Holmes will stand trial so they can benefit in a similar way. AOAV advocates for the establishment and strengthening of judicial mechanisms that are sensitive to victims and enable them to obtain redress quickly and fairly.