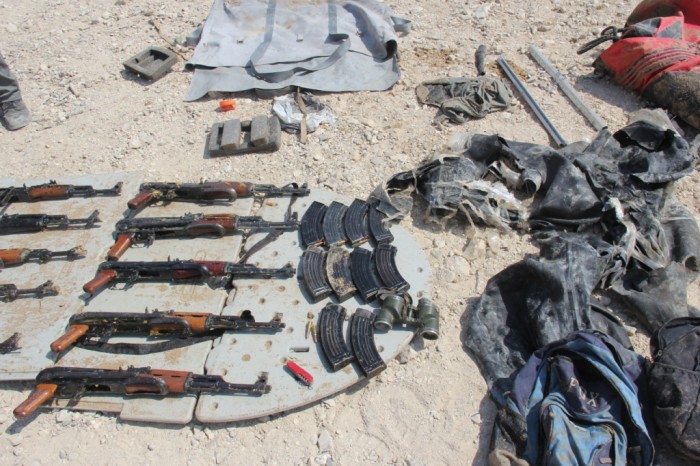 Small arms, confiscated after having been smuggled into Kenya

AOAV calls on states to introduce discussions focusing on injuries and impairments as a result of illicit gun trafficking, within the framework of the Programme of Action (PoA).

The PoA is designed to fight illicit gun proliferation in all its aspects. An essential and most deadly aspect of such proliferation is the victimization against women, men, boys and girls by guns. Over 500,000 people die of armed violence each year, and millions more are left with long-term injuries and impairments.

It is now the right time for this framework to include the focus on injuries and impairments as a result of the illicit gun trafficking. This review conference will show the way for the future of this process and including these topics into the discussions will not only reinvigorate the process but will help close the gap between the UN Programme of Action’s aims on the paper and the reality on the ground.

Yet, despite the fact that the international community has recognized the need to include assistance to victims in instruments designed to regulate weapons, the one instrument dealing with the most proliferated forms of armed violence refuses to engage in these discussions.

These commitments, to assist victims and survivors of armed violence with recovery is a commitment already set in international law and policy. The Mine Ban Treaty, followed by the Convention on Cluster Munitions (CCM), codified a set of obligations and commitments, made by states toward victims of these weapons.

In a non-discriminatory way, these two treaties have helped develop a framework for policy development to help improve access to health care and to other efforts to ensure recovery and inclusion in society of victims and survivors of armed violence.  This means that already, those states that are signed up to these two treaties have the obligation to provide assistance to all those injured by armed violence, including gun violence.

Beyond these specific treaties, states of course have the obligation to protect their citizens from victimization and to ensure respect for their rights once they are victimized, ie. have the obligation to provide services and resources needed for recovery and inclusion in society of victims of gun violence. This is a basic obligation of a sovereign state, and is enshrined in the UN Charter, the Universal Declaration on Human Rights and all other human rights treaties, including the most recent Convention on the Rights of Persons with Disabilities.

It is high time that this community stops ignoring victims and survivors and starts considering ways in which it can help states that are dealing with the deaths and injuries caused by gun violence.

What better way to show respect for the dignity of the person and to reduce the human suffering as promised, than to begin discussing ways in which this framework can help improve the lives and well-being of those victimized by guns regulated by this instrument.

This article was originally published in the Small Arms Monitor newsletter.