Recording armed violence casualties has deep and important implications for victims’ rights. As recent reports by AOAV state, counting casualties is in itself a human right for all victims of armed violence. It gives dignity to the dead, and helps the families get catharsis and move forward to recover from their victimization. Moreover, casualty recording is an essential first step in developing policies and programs to ensure that those victimized by armed violence can access services to assist them in their recovery and in meeting their needs and rights.  Casualty recording can help states fulfil a variety of international obligations on victims’ rights. 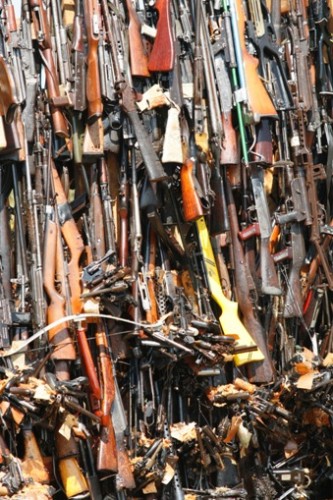 AOAV uses a broad definition of victims of armed violence, adapted from the definition introduced by the UN Declaration on Basic Principles of Justice for Victims of Crime and Abuse of Power (1985). AOAV’s definition accounts for the variety of implications of victimization by armed violence.  Victims include “persons who, individually or collectively, have suffered harm, including physical or mental injury, emotional suffering, economic loss or substantial impairment of their fundamental rights” through acts of armed violence. In addition, “where appropriate, victims include the immediate family or dependants of the direct victim and persons who have suffered harm in intervening to assist victims in distress or to prevent victimization.” Depending on the context of armed violence, victims can include affected communities as well. This was established in the Convention on Cluster Munitions in 2008, which includes “affected communities” in its definition of victim.

What is casualty recording?

AOAV’s publication, “Counting the Cost: Casualty Recording practices and realities” defines casualty recording as practices that “strive to achieve the comprehensive, systematic and continuous documentation of individual deaths and/or injuries from armed violence, and/or the incidents in which these occur.”

Why is casualty recording needed?

Recording armed violence victimization helps give victims dignity and recognition, which has been said to help with catharsis and the process of recovery from trauma. This is especially true for those who are directly injured, but also for the families and communities of those who have been killed or injured.

Without accurate representation of the extent of victimization caused by armed violence, states are unable to develop adequate policies to ensure that victims can access services they need to recover and reclaim their rightful place in society. It is for this reason in particular that is essential that casualty recording include those who have been injured, not only those who are killed. This is evident in the case of the USA: while records show that homicides between 2002 and 2012 have continued to decline, injuries due to gun violence have increased. To a lesser extent, injuries caused by bladed weapons have also increased during the same period. This speaks to the need to consider injuries caused by armed violence, in order to ensure proper policies can be developed.

How should casualty recording be conducted?

States should articulate how existing human rights law and policy applies to victims of armed violence as a category in their own right, which would enable them to commit to record casualties to all those victimized by armed violence. Currently, international law has parcelled victims into narrow, arbitrary categories that are connected only to the weapons or situations that are regulated by specific treaties, not to the actual consequences of victimization. Considering armed violence victimization as a broad category would allow states to institute mechanisms and practices on a national level to record all relevant casualties.

States should commit to recording deaths and injuries from armed violence systematically and comprehensively.  AOAV found that in some cases, states count victims and record casualties of a specific form of violence. For example in Colombia, victims of “conflict” from 1985 on are recorded, even though studies have shown that only 13% of those victimized by armed violence in Colombia are victimized as a consequence of the armed conflict.  In other countries casualties of a specific violent event are not recorded, or focus is only on recording those killed, not injured.

States should ensure that they consider injuries and record information on the injured even post-hospitalization to understand the long-term impact of armed violence and to be able to devise adequate and appropriate policies.  In doing so, they must make sure that they don’t cause secondary trauma and must respect the dignity of survivors.