Politics and armed violence are closely intertwined in Nigeria. Elections and other political events are often accompanied by violent struggles over political power and a forcible redistribution of resources. Militant groups – whether formal or informal – are often patronised, sponsored, sanctioned or tolerated by political officials in some of the country’s most volatile and explosive environments.30 These groups are then unleashed on political opponents and their supporters in an effort to suppress their ability to campaign and turn out the vote during elections. Political violence in Nigeria takes many forms: from assassinations to clashes between rival groups of political supporters or militants; as well as larger collective actions such as the sporadic secessionist violence that has occurred throughout Nigeria’s history, such as in Biafra in the 1960s. Formal political processes in Nigeria are frequently accompanied by violence. The transfer of power from the military regime to civilian rule was not smooth or peaceful: Human Rights Watch estimates that over 11,000 Nigerians lost their lives in clashes along political, ethnic, religious and other lines between 1999 and 2006 alone, displacing an estimated three million Nigerians internally.

The country’s 2007 elections were widely criticised as deeply flawed, although levels of violence were relatively limited and casualty rates were lower than subsequent years. By contrast, Nigeria’s 2011 elections were deemed the freest and fairest in the country’s history, but were accompanied by at least 1,000 deaths and 74,000 displacements. Alongside countrywide violence during national elections, sharp spikes in violence also accompanied both the 2004 and 2008 local government elections. Furthermore, the lack of trust in political institutions is a profound and troubling issue. Trust in the military, the police (Africa’s largest) and the independence of the judiciary is clearly lacking. This fuels an environment of impunity, and damages trust in the ability of individuals to achieve justice through legal means in a wide range of contexts. In a 2012 survey by Afrobarometer over half the respondents (53%) reported that they did not trust the police ‘at all’, 31% ‘just a little,’ 12% ‘somewhat’ and only 4% ‘a lot.’ There were slightly higher levels of trust towards the army, but almost one-fifth (19%) of those surveyed reported they did not trust the military ‘at all.’ 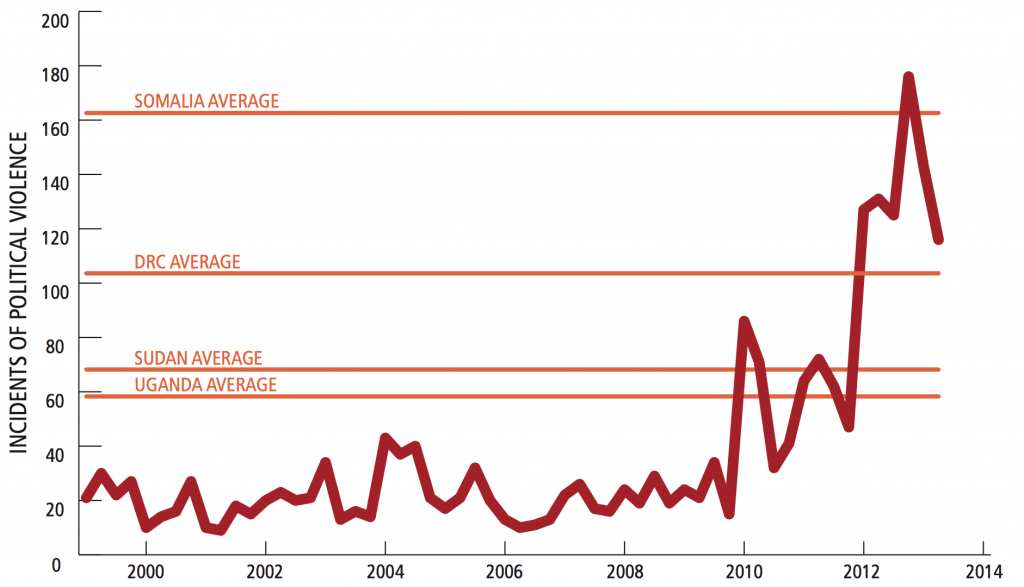 Levels of political violence in Nigeria

These patterns also have distinct regional variations: a 2012 CLEEN Foundation survey found that respondents in Sokoto reported only 6% of crimes to the police, with comparably low levels in Kaduna (8%) and Plateau (9%). By contrast, the highest levels of reporting were found in Yobe (50%), Benue (43%) and Zamfara (41%), though these rates are still low. According to the police force’s own statistics, officers killed an average of 491 armed robbery suspects annually between 2000 – 2009, although human rights organisations and civil society groups put Adeniyi Abdul the figure much higher. The result of this pronounced lack of public trust in political and security institutions is a high rate of vigilante activity and the militarisation of community defence and policing networks. This has most recently been evident in Northern Nigeria, where vigilante groups have gone as far as being legitimised, receiving the support and sanction of state and federal authorities to pursue Boko Haram militants. 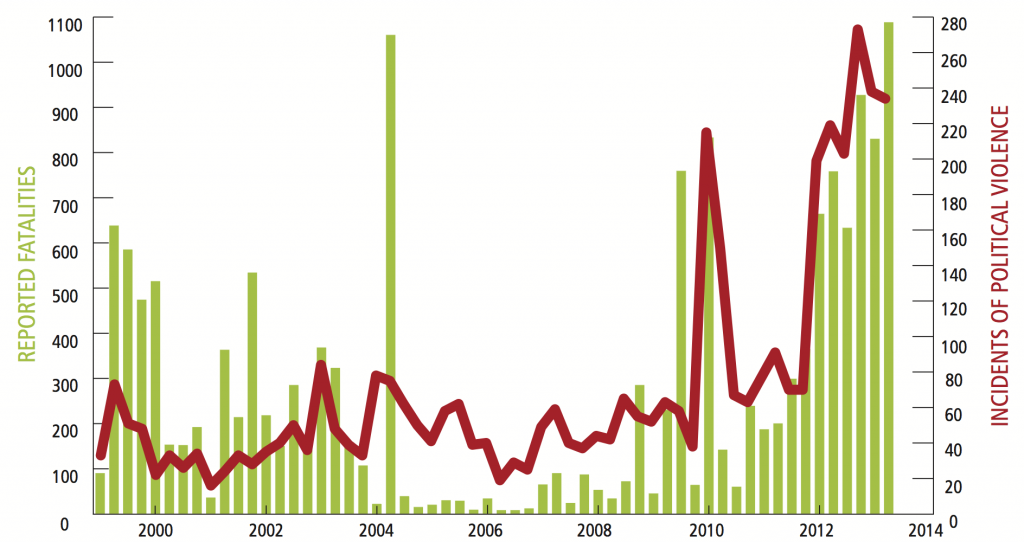