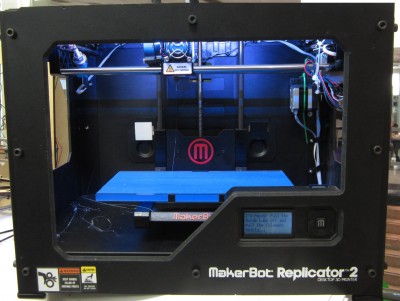 A 27-year old man in Japan has been arrested for possession of 3D-printed guns, including two which are functional. While he apparently did not have any live ammunition for the weapons, his possession of them was still deemed a violation of Japan’s strict gun-control laws. This is apparently the first arrest for possession of 3D-printed weapons, whose feasibility was only demonstrated for the first time in 2013. Here, AOAV examines the implications of such weapons for criminal use in the United Kingdom.

Despite the oddities of their manufacture, 3D printed guns are still guns in the eyes of the law. Their legal status depends entirely on where they are printed, possessed and used. In countries where conventional guns are cheap and easy to acquire legally, like the US, 3D printed weapons are likely to remain a niche product for the foreseeable future. But in countries with more stringent gun control, 3D printed weapons might at some point, and with significant caveats, present an alternative to buying conventional guns on the black market.

Criminal guns in the UK

The United Kingdom’s firearms laws are comparatively strict by global standards. All firearms owners must be certified by the police and be licensed for the type of weapon they wish to own. Furthermore, there are significant restrictions on weapon type. Handguns of any type, along with all semi-automatic and automatic weapons, are completely banned. Stringent restrictions are placed on shotgun and rifle ownership, including limits on firing mechanism and barrel length, which limit their rate of fire and ease of concealment. Finally, ammunition can only be purchased by holders of firearms licences, and only in permitted calibres and quantities.

Legal guns are therefore extremely poorly suited to crime in the UK. For the vast majority of crime, permitted rifles and shotguns – whose primary advantages are long-range accuracy and the ability to hit small, rapidly-moving targets, respectively – are far less desirable than weapons which can be easily concealed and fire multiple times on targets at a close range. Pistols, sawn-off shotguns and submachine guns fit the bill much better. But these weapons are completely prohibited. Therefore they are only available on the black market, in limited quantities and with limited ammunition, and all for a considerable price premium.

In that context, 3D printed weapons might conceivably serve a purpose for British criminals. At the moment, their options are limited to trying to acquire a legal rifle or shotgun that is unfit for purpose or taking a chance on an expensive black-market gun which might have previously been used in a crime and which might not be reliable. 3D printing at least presents the possibility that criminals could build themselves a weapon which would suit their purposes and could be disposed of subsequent to a crime without leaving traceable serial numbers.

The (many) limitations of printing yourself a gun

But a number of significant caveats apply. Today’s 3D printed weapons are not especially effective for any purpose, legitimate or otherwise, and significant technical obstacles remain before those obstacles are overcome. Existing 3D printed guns are mostly single-shot weapons with intensive, ponderous reloading procedures. Moreover, their plastic construction means that they more closely resemble toy guns than real firearms. This leads to the possibility that a criminal attempting to intimidate or rob a target would feel the need to fire their weapon to demonstrate its capacity, and in doing so deprive themselves of it. While converted replica guns might not be more effective than 3D printed weapons, they have the advantage of resembling “real” guns more closely, making them far superior for signalling violent intent.

Thankfully, the ability to only fire one shot before reloading is in itself a significant disadvantage, especially given that existing printed weapons fire low-powered cartridges with poor accuracy. A single shot might suffice to kill or incapacitate an unaware or immobile target at short range, but would be a substantial disadvantage in any more complicated situation. Moreover, the technology to print ammunition does not yet exist, so cartridges have to be sourced through conventional channels.

3D printed guns are also potentially extremely dangerous to their users. Manufactured weapons are built to high standards by companies which might go out of business if they develop a reputation for producing unreliable products. 3D printed guns designed by potentially anonymous Internet users and printed on a wide range of printers using a variety of materials have no such safeguards.

“Because all 3D printing, whether home or industrial, is built in layers, this means that the printed material, whatever it is, is inherently strong in one dimension and corresponding weak in the opposite one,” says Jonathan Rowley, design director for Digits2Widgets, a London-based 3D printing studio. “Materials used in the construction of anything that contains a controlled explosion needs strength in all directions in order to resist the even pressure created by the blast. Until such a time as 3D printing is itself able to apply the build material in multi dimensions, then 3D printed firearms will have a very limited lifespan before they become very hazardous in themselves…  Using the Dirty Harry analogy, it’s the holder of the gun that will have to remember how many shots have been fired rather than the person being aimed at.”

The biggest obstacle to criminal use of 3D printed guns is probably the absence of readily accessible 3D printers. While consumer models are available for a few hundred pounds, the materials they work with are not particularly suited to the production of functional firearms. The extrusion printing method used by such printers is much less precise, and the plastics required for it are much softer and more malleable. As a result, objects built on home 3D printers are less complex and durable than those built on industrial printers. A version of the Liberator has successfully been printed on a home 3D printer and fired, but it is even less practical than the original, requiring a hammer and considerable effort to remove the expended casing from the firing chamber.

Industrial models are more capable but much rarer and more expensive. Beyond their considerably higher unit cost and larger size, industrial 3D printers use more exotic feed stock and require expensive and complex infrastructure, such as industrial -grade HVAC, compressors and three-phase power. The costs and complexities of such pieces of equipment mean that they would be a spectacularly inefficient way for a criminal or criminal organisation to acquire firearms.

Instead, anyone attempting to 3D print a working firearm would most likely have to order one from a commercial 3D printing service. But in filling that order, such a service would be itself violating Section 5 of the Firearms Act of 1968 – a violation of the law few, if any, would willingly commit. It would conceivably be possible for a criminal to acquire a complete 3D printed weapon by having separate components printed by separate shops, but doing so would be a complex and difficult endeavour with a high risk of detection or interception.

A threat, if not an imminent one

So for the time being, the actual use of 3D printed guns by British criminals is an unlikely prospect at best. Until 3D printers become much more sophisticated and much more widely proliferated, criminals with access to established underground gun markets are unlikely to select a 3D printed gun over an illegally imported or modified one. There is a danger that individuals who do not have ready access to the underground gun market might elect to print a gun to use for nefarious purposes, but the limitations of existing designs and the constraints on access to ammunition are severe limitations here as well.

But if it is difficult to imagine a contemporary British criminal using a printed weapon, it might have been equally difficult to imagine a criminal use for the massive, bulky, unreliable mobile phones of 1991. And yet, 20 years later, mobile telephony had evolved to a point where – in addition to being an increasingly critical part of daily life for a huge portion of the population – mobile phones had also become central to a number of criminal activities. They are a lucrative target of thieves, provide a pathway for a wide range of malware and identity theft attacks and helped to organise some of the biggest riots in British history. The practical obstacles to the use of 3D printed weapons in crime may be considerable for the moment, but given how rapidly the technology is advancing, that state of affairs may not last.