In 6 days, we will know which national team can be considered as the best of the world in football terms.

But the governments of the countries that have participated in this World Cup can also be classified depending on other parameters that doesn’t depend on the sport expertise of the players, their physical training or on random, but on the political decisions that are taken in a conscious way.

As the World Cup occupies a prominent place in the media and the social networks, and captures the attention of many supporters all over the world, FundiPau has classified the countries participants in Brazil 2014 depending on their position concerning the more relevant disarmament and control arms treaties.

The winners are Costa Rica and Mexico.

This success goes far beyond an ephemeral recognition of a good sports result and demonstrates a commitment with global security that, finally, makes possible that people of all the countries win.

The United States and Russia, are the two worst classified in the World Cup for Disarmament 2014. 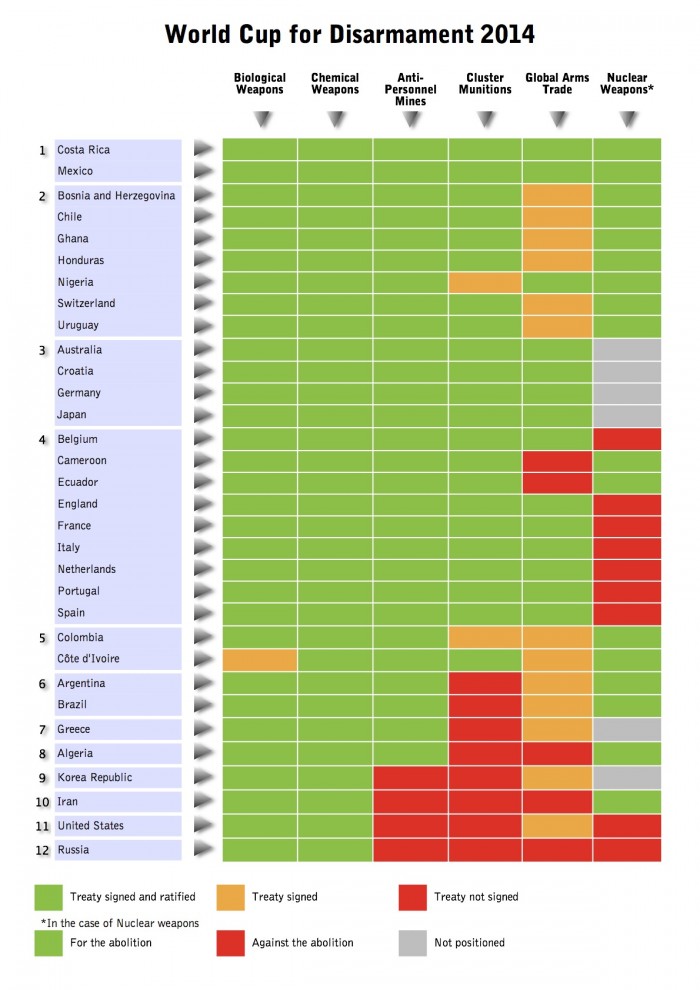 To make this classification FundiPau took into account if the countries participants in the World Cup 2014 have signed or not, and ratified or not, the following treaties on disarmament and arms control currently in force.